The Red Sox went from a last place finish to an AL title in one year, and the Cardinals have won 4 of the last 10 NL pennants. But perhaps more impressively, they'll face off in the Fall Classic after letting go of some of the game's biggest stars.

Los Angeles is home to the most adulated brigade of pandemonium-inspring mega-stars on the planet. It is also home to the incalculable droves of broken dreamers that shoulder past their common failure, undead on the starry streets of Tinseltown.

Baseball has had a taste of both in recent years. The Angels and Dodgers have been on some of the most exorbitant spending sprees in the history of baseball over the last few seasons. And the results were varied. The Angels missed the playoffs and the Dodgers were just ousted from the NLCS. But they have more than just their spending habits in common -- they'll both be watching the World Series at home. 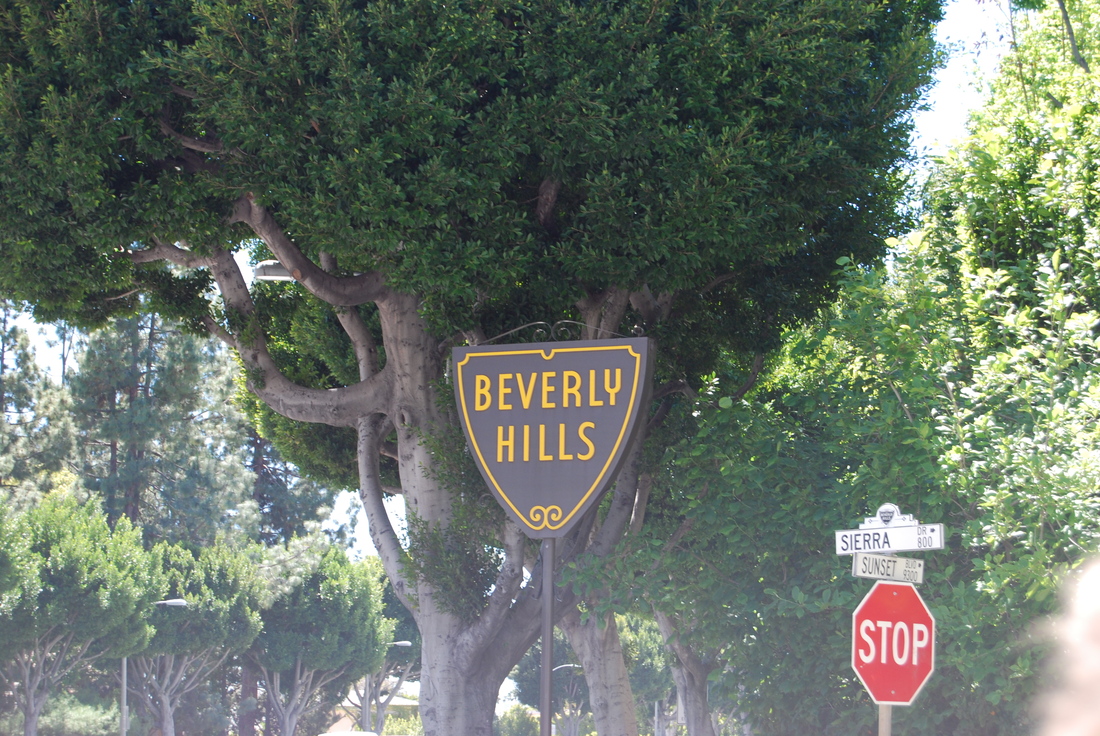 Even though that looks like a very nice neighborhood, I'm sure the Angels and Dodgers would rather be playing for a championship than going to Billy Baldwin's backyard barbecue.

The teams that won during the actual season -- rather than the offseason -- have something in common as well. They let some of the most sought-after players in baseball pack up and move to LA. And the Red Sox and Cardinals didn't miss a beat. In fact, both teams have improved significantly since saying goodbye to their superstars.

Boston went from a last place finish in 2012 to the World Series after unloading $264M and over 100 career wins above replacement to the Dodgers over a year ago in a blockbuster trade that had the baseball world reeling.

St. Louis decided not to sign Albert Pujols, perhaps the game's best player at the time, to a mega-deal that would've made him Cardinal for life, or longer depending on how old Pujols actually is.

Needless to say, these teams have gotten to the Series in very different ways, but their success after restructuring their rosters around young and/or more reasonably-priced players will likely send a message to teams considering the swanky, big-ticket free agents of the future: Spending isn't sure to get you anything but a lighter wallet.

The Red Sox and Cardinals can't exactly boast transcendent thriftiness as the reason for their success, since they ranked 4th and 11th respectively in payroll. But hey, you've gotta give the Sox a little credit for all the money they saved in embroidery using that "X" in their name. And more importantly, these two teams have been able to employ methods alternative to the big-spending teams of the past by winning their league's corresponding pennants.

After the trade with Los Angeles, Boston went about rummaging through baseball's free agent Flea Market, signing a slew of what were considered risky or mid-level players last winter -- or in Mike Napoli's case early spring. It was actually late January when Boston GM Ben Cherington finally filed the final paper work on the signing, but it was a sophisticated endeavor to say the least. The "former catcher," now 1B/DH would've been one of the hottest commodities on the market, but teams' concern about his degenerative hip condition -- called avascular necrosis -- caused interest to dwindle, resulting in an incentive-laden deal with the Sox originally worth just $5M (though it jumped to $13M due to health and performance). It was a gamble, but it paid off to the tune of .259/.360/.482 slash line in 578 plate appearances this season

The Sox also signed ALCS MVP Koji Uehara to a one-year $4.25M deal in what was designed to be a set-up role to fellow 2012 acquisition Joel Hanrahan. Of course, Hanrahan went down with a forearm injury and Uehara never looked back. Boston's closing situation had been in flux since Jonathan Papelbon left in favor of a huge deal from the Phillies on the open market. That situation has been unequivocally resolved thanks to Uehara and his apparently seductive splitter.

Girl, are you Koji's splitter because I just stare at you and end up getting punched out

Other signings Shane Victorino, Stephen Drew, Ryan Dempster, Jonny Gomes and David Ross made huge impacts as well, helping the Red Sox weave together one of the best rosters in the American League. Who knew Cherington was such a master on the loom? The team handed out 17 years and $126.45M total in the offseason. Not many teams can do that very easily, and you could've counted the Red Sox among them before they shipped off all those bank-breakers to Los Angeles.

An argument can be made for them getting lucky in several ways this year, but doesn't every World Series team have to rely on chance a little to weather the lengthy playoff series and the even lengthier regular season? 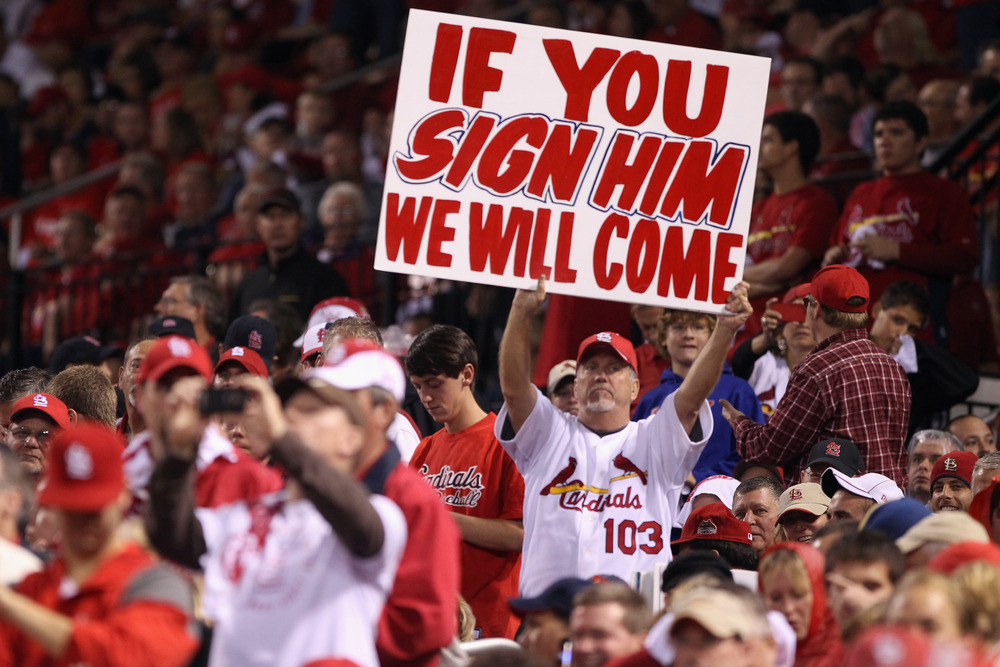 That doesn't appear to be the case any more, though: (***WARNING*** EXPLICIT LANGUAGE and EMBARRASSING video link).

Yikes. But some people might argue that when those bros told Albert to "Go to Hell," he listened. Pujols has struggled mightily with the Angels and the Cardinals are 2-for-2 in NLCS appearances since he left for Anaheim.

Cards' fans may just now be realizing they aren't universally adored, but no matter what you think of them, you have to admit they run a pretty smooth operation. St. Louis is a hotbed for grit-woven contributors that fans outside St. Louis may or may not have heard of before they hit the ground running. Take batting glove-less All Star Matt Carpenter, for example. He never appeared at the top of any prospect lists or headlined any fan-invented trade rumors. He just kept his head down and twisted his way through the minors after being drafted out of TCU in the 13th round of the 2009 draft.

Carpenter isn't the only character in the systemically saturated St. Louis success story. Some of them are blue chip prospects, like Shelby Miller, Michael Wacha and Trevor Rosenthal, and some of them look like they should be noodlin' catfish on the muddy banks of the Tug Fork River. 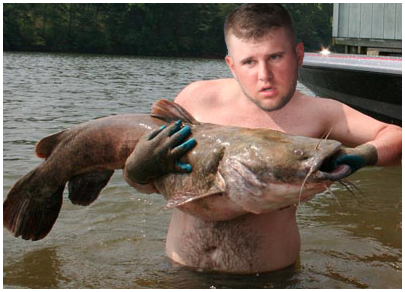 No offense to Adams. He's been excellent in the postseason and he swatted 17 HRs and 51 RBI in just 108 games this season, often hitting in the bottom half of the order.

St. Louis has staged a farm-based renaissance, and more revelations are due in the form of super prospect Oscar Taveras, flamethrower Carlos Martinez (perhaps in the rotation next year), and probably a bunker full of other guys we've never heard of that sorcer-ish Cards GM John Mozeliak has stashed away somewhere under Springfield, Missouri.

And let's not forget the otherworldly performance of Carlos Beltran. He was signed to a 2-year $26M deal that seems like an unfathomable bargain at this point.

Beltran wasn't placed under the pressure of replacing Pujols at the time of the deal, but he decided to do it anyway. At least in October. He'll be playing in the first World Series of his career after narrowly missing the chance in his first year with St. Louis last season. Pujols' absence hasn't been the chasm some thought it would be, and a lot of that is due to the incomparable exploits of Carlos Beltran. Manager Mike Matheny had first-hand experience to draw on before managing the 36 year-old after catching all seven games of the 2004 NLCS when Beltran -- then with the Astros -- batted .417 with 4 home runs and a League Championship Series record 12 runs scored. He may not have been back then, but, needless to say, Matheny is happy Beltran was playing in this year's NLCS.

"[Beltran has] been invaluable for our club" - Mike Matheny

Whether this is your dream matchup or not, the 2013 World Series will be played teams that have gone about getting there in pretty admirable ways. Superstars definitely have a place in baseball, but the Red Sox and Cardinals have shown that you don't need to rely on marquee players to get to the top.

So if you're looking for reasons to watch, or if you simply want to bask in the revelry of your team's substantiated poise, this World Series will be a testament to adaptation and the shrewd ingenuity of two of the league's most storied franchises.