The market for Matt Kemp

The Dodgers are listening to offers for their veteran outfielders, and it appears as though they have a preference as to which one.

Share All sharing options for: The market for Matt Kemp

With the emergence of Yasiel Puig and top prospect Joc Pederson nearing the majors, the Dodgers have a surplus in the outfield. And it certainly doesn't help that just three of those players are set to make more in 2014 than the Marlins and Astros spent on their entire rosters put together this season. Los Angeles is short on funds by any means, but at a certain point the penalties they'll pay for going over the league's luxury tax will limit them.

Five clubs that will shape the 2014 off-season 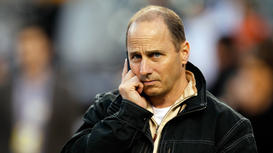 Every team in baseball is looking to improve this winter, but these five clubs will shape the 2014 off-season more than the anyone else.

According to Ken Rosenthal of Fox Sports, the Dodgers are listening to offers for all of their outfielders.

Trading Puig is out of the question. Not only because of his almost immediate celebrity in LA, but because he's the only reasonably priced player in the group. Carl Crawford and Andre Ethier are both 32-year olds who ware signed to high-dollar, long-term deals and have question marks about their ability to live up them. But Rosenthal's sources seem to think the Dodgers would most like to move rightful 2011 NL MVP Matt Kemp.

Kemp is due $128M through 2019 and has played in just 179 games over the last two years. He was still able to post a 131 OPS+ in that time and made the NL All Star team in 2012. But injuries have seriously held him back, and apparently they are concern the Dodgers enough for them to consider sending Kemp elsewhere just 2 years after committing to him in historic fashion.

Assuming the Dodgers could find a team willing to roll the dice, they would likely have to agree to pay a large sum of the remaining contract (perhaps employing a trade clause that would correspond with Kemp's playing time). If they agreed to ease some of the financial strain, the 29-year old centerfielder's upside would certainly spark interest around the league.

Well, you can pretty much count out the Marlins and Astros. 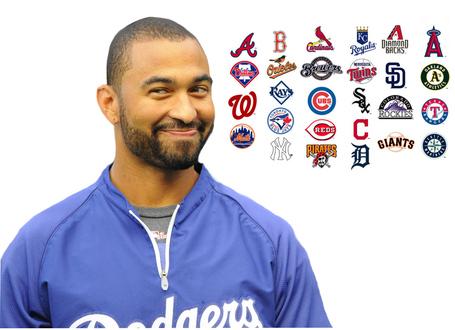 The Rays, Pirates, Royals, A's, and Twins are probably out as well, considering they don't have much in the way of payroll flexibility. 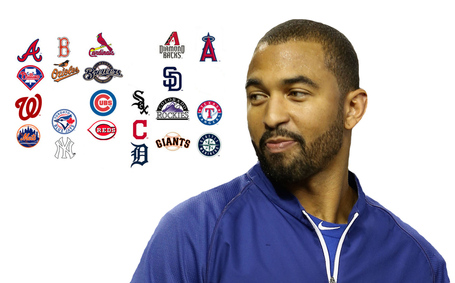 And he's not likely to be traded within the competitive NL West. 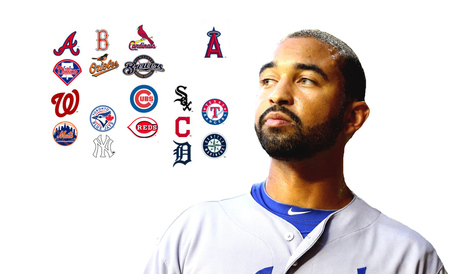 A few teams are already brushing up against their budget ceilings. 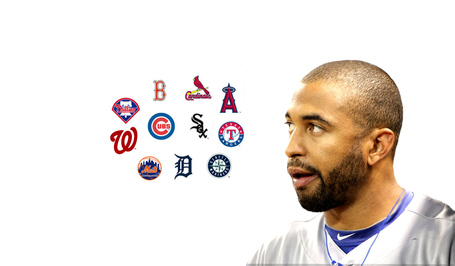 A few more whose payrolls already look a little too much like 1789 France. 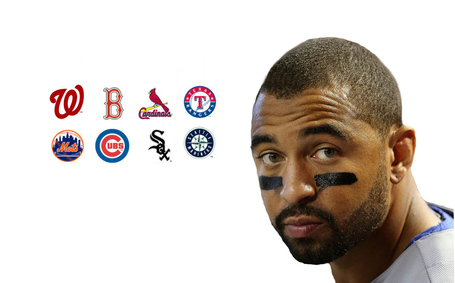 And then there are the teams that already have an effective outfield or aren't looking to add such an expensive risk. 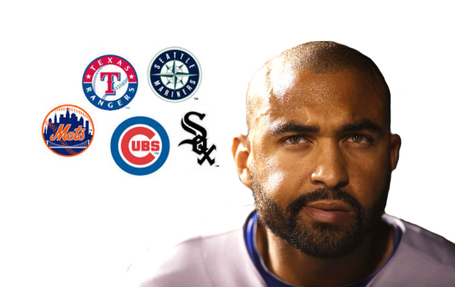 So, that leaves us with the Mets and Cubs in the NL. And the White Sox, Rangers, and Mariners in the AL.

Of course any GM in the league could pull off a trade for Kemp, but these six teams seem to be the most probable destinations. Any return the Dodgers see would likely be diminished by the acquiring club's new financial obligation. So pairing up prospects for LA to receive in a hypothetical trade would be like drawing names out of a hat. They definitely won't be the headlining prospects that will be mentioned in David Price or Max Scherzer rumors. The Dodgers are selling low. They'll have a hard time convincing rival GMs that they aren't simply trying to unburden themselves of what they see as a quickly devaluing commodity.