On Wednesday, Ervin Santana's agents made an argument for a $112M contract for their client, claiming Santana is very similar to Dodgers ace Zack Greinke. Are they right?

Share All sharing options for: Santana equals Greinke? Get real.

No. They are not right. Bean Stringfellow, Joe White and Jay Alou are wrong. Ervin Santana and Zack Greinke are not a lot closer than one might think.

Apparently, they are carrying around an entire book full of data comparing Santana to Greinke. In the report, Heyman notes the "compelling case" made in their data:

That is pretty close...on the surface. It seems like the use of ERA+ is a thinly veiled attempt at using advanced statistics, but really all ERA+ does is compare one inconclusive number to several other inconclusive numbers. It's a limited barometer for performance, and since most teams have analytics departments, Santana's agents might have trouble selling their data to organizations with a $112M price tag. To be fair to Heyman, he doesn't have the time to dig too deep into the dozens of stories he's pumping out everyday around this time of year.

A quick look at each player's FanGraphs page will give you an idea of how far apart they really are. At least they have pitched a very similar number of innings in their respective careers. How convenient! 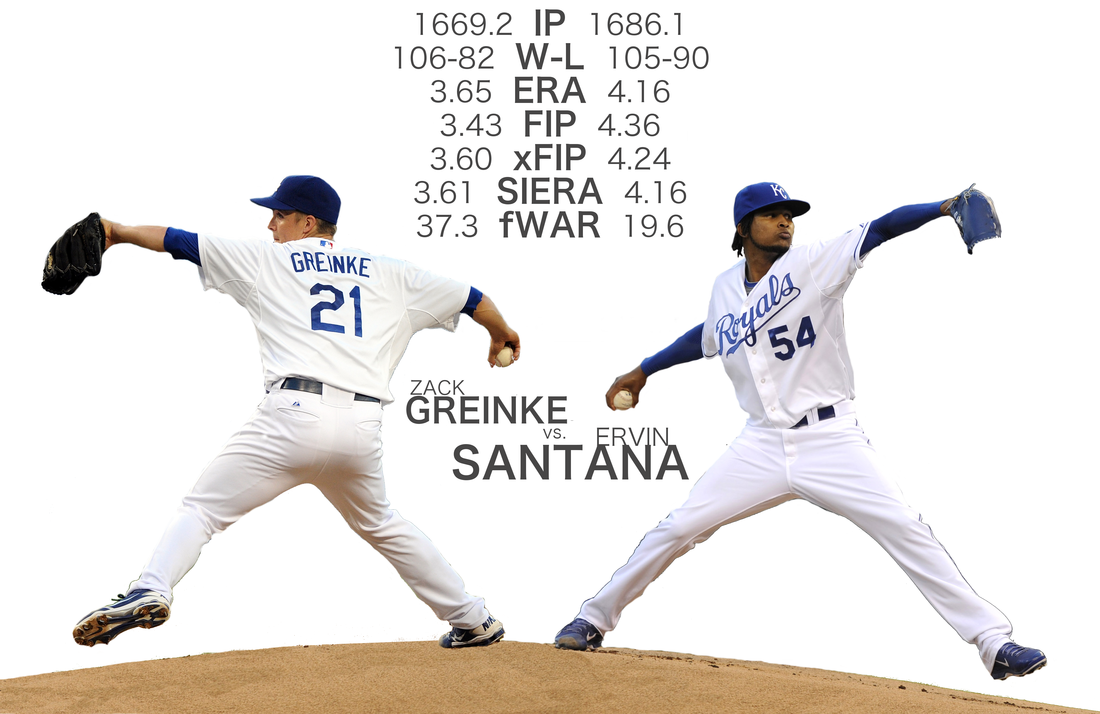 Santana has been a good pitcher at times in his career, but comparing him to Zack Greinke is just silly. No one really needs the stats to tell the difference, but it seemed like Heyman bought it...at least on the surface. Which is exactly as deep as Santana-Greinke comparison goes.