The MVPs have been announced, and a busy winter lies ahead. But who was the most valuable acquisition from the last offseason?

Share All sharing options for: 2013's Most Valuable Acquisition

Miguel Cabrera and Andrew McCutchen won the Baseball Writers' Association of America (BBWAA) MVP awards. Both players are the irrefutable cornerstones of their respective franchises. But of the players that changed teams last winter, who made the biggest impact?

The most glamorous move was probably the Angels Knievel-ish signing of Josh Hamilton.

Atlanta made headlines by acquiring both of the Upton brothers in an apparent attempt to harness the magic that was Men at Work.

The Dodgers continued to spend their way into contention by signing Zack Greinke, Yasiel Puig, and Hyun-jin Ryu.

There were many other big names moved on the trade market as well, most notably James Shields and Shin-Soo Choo. Kendrys Morales, Denard Span, Yunel Escobar, Jed Lowrie, and several others were also traded. But which move was the best for 2013? 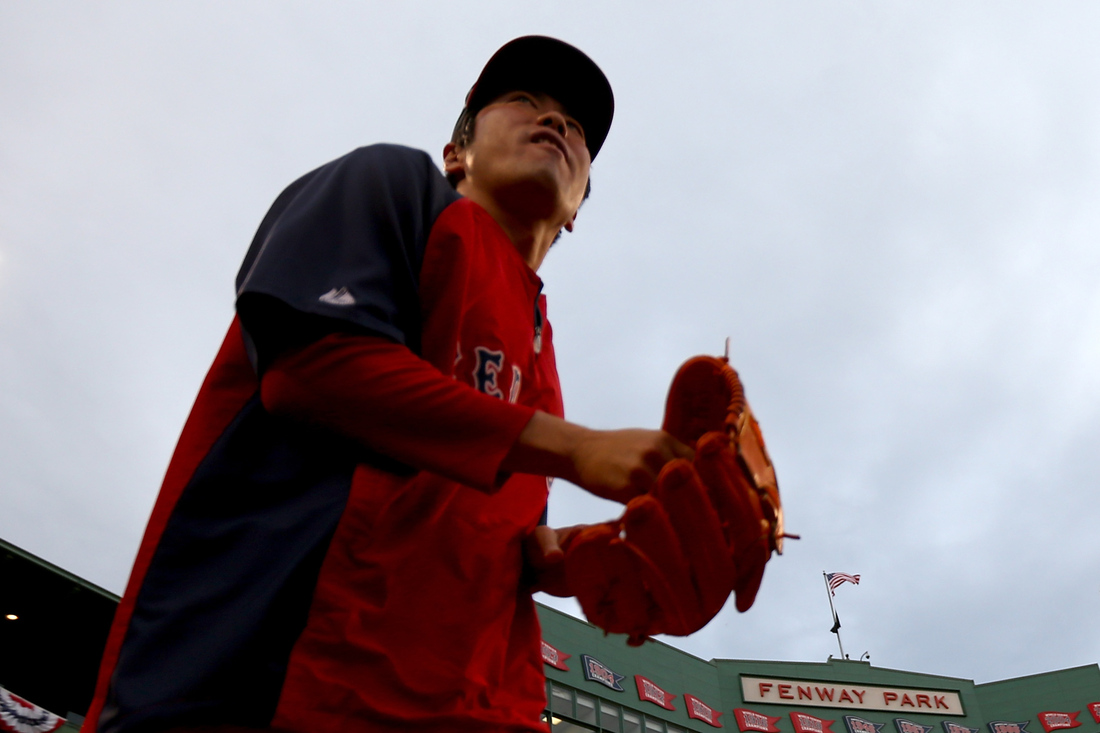 In just 74.1 innings, Uehara was able to produce around the same value as fellow Red Sox offseason pick-up Stephen Drew did in over 1,000 innings. Coming out of the bullpen is obviously very different starting everyday at shortstop, but Uehara was incredibly useful for Boston despite seeing the field in just 73 of their regular season games. His performance in 2013 was one of the best by a relief pitcher in the last decade or so. To put things in a sabermetic perspective, his 3.3 fWAR matches that of Craig Kimbrel and Aroldis Chapman from their eye-popping 2012 seasons. Pretty good company. And speaking of company, the Sox might've gotten the best two-for-one deal in baseball history.

In late-June 2012, Baseball America's Ben Badler wrote what nearly everyone was thinking in response to Puig's new 7-year, $42M contract: What are the Dodgers thinking? To be fair to Badler, this might be one of those "Ya, we totally did that on purpose" situations. It seemed bold at the time, to say the least. And it certainly hasn't deterred the Dodgers from employing their strategy of signing everything with a pulse, but it's fair to say this one has worked out for Los Angeles so far. And remember, he only played in just over 100 games. So no matter which side of the polarizing polemic you end up at, this looks like the start of a pretty magnetic career. 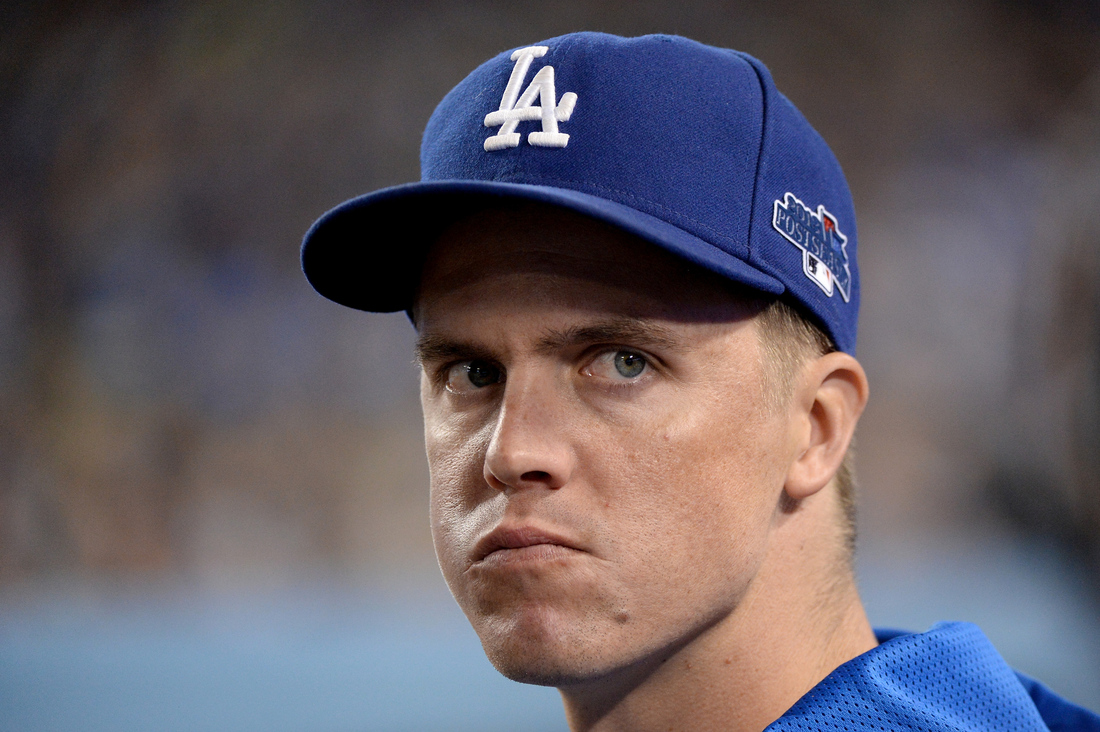 In addition to being the most delightfully weird player in baseball, Zack Greinke is also pretty good at the game itself -- as evidenced by his recent $147M contract. Sure, the Dodgers have been extravagant, maybe even somewhat recklessly if you consider the luxury tax rates they'll be paying for the next several years, but they brought in some pretty damn good players. Some of Greinke's cumulative stats (like fWAR) are light due to missing a little over a month after his dustup with Carlos Quentin. But coming back from a broken collarbone to put up 15 wins (whatever that means) and an excellent postseason stretch is pretty impressive.

Don't count Wil Myers' 2.4 fWAR against him. It isn't his fault he was traded. Shields handled the move as gracefully as anyone could've asked him to and became exactly what the Royals planned -- a leader and an ace. He really did take his new role and run with it. Several times during the Royals season Shields roared like a irrational animal of some sort into the Royals dugout, almost demanding a certain level of play. Say what you will about the uselessness of terms like "clubhouse guy" and ""dignity ambassador," but Kansas City had a change of culture in 2013 and James Shields was a big part of it. The Royals couldn't have come as close as did to the playoffs as they did without him.

Choo was second in the NL and 4th in all of baseball in terms of on-base percentage. And though he struggled in his shift to center field, he was still worth Didi Gregorious and Drew Stubbs -- even if he doesn't return in 2014. The Reds were an excellent team in 2012, but Stubbs only managed a .610 OPS, so it's easy to see why the Reds jumped at the opportunity to land Choo. Had he played his usual position -- right field -- he might've been worth even more in terms of WAR. But his poor defensive showing wasn't enough to keep him from being one of the best additions of the offseason. 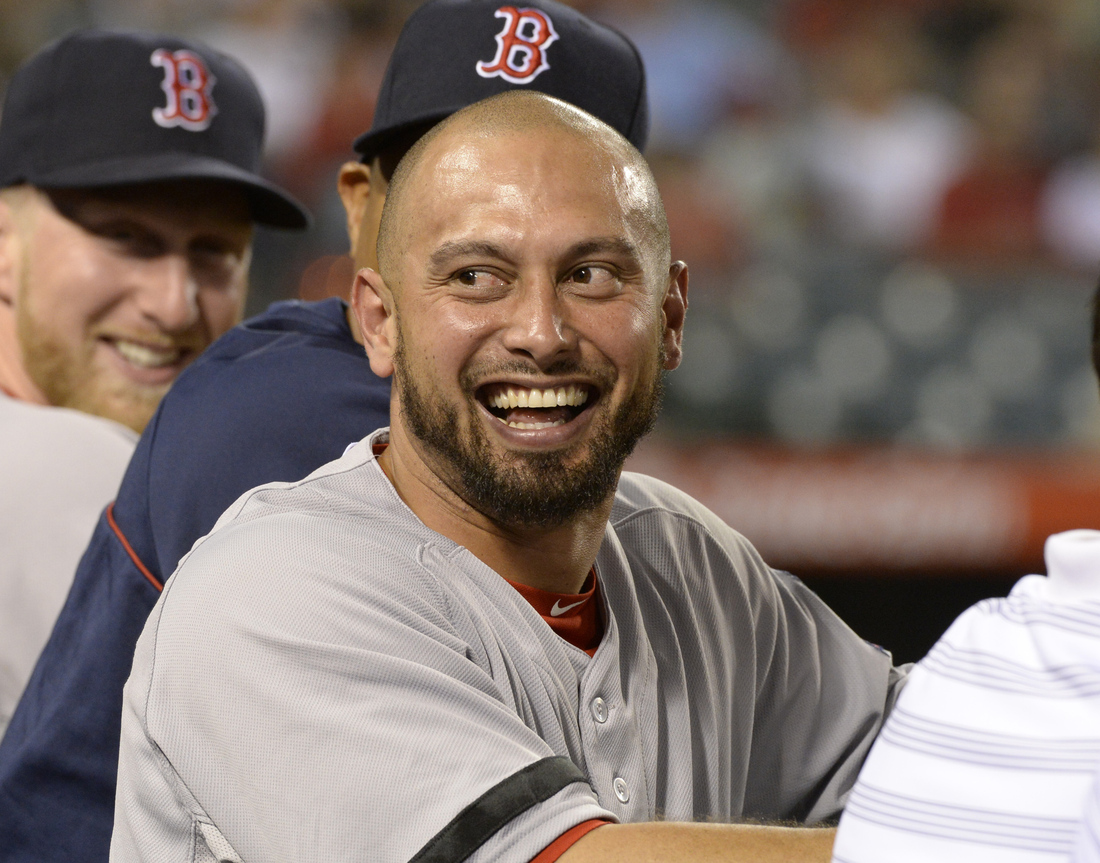 Hitting an ALCS-clinching grand slam doesn't hurt his case either. Victorino was one of the most productive players in baseball, let alone those that changed teams in the offseason. His 5.6 fWAR was 9th in the American League and 15th amongst all major league hitters. And he did it while only playing in 122 games. His exceptional defense in right field coupled with his .353 wOBA made him what might be the most valuable acquisition of the 2012-13 offseason.

Who do you think was the most valuable addition to his team this season?