Jay-Z isn't just trying to sell teams on Robinson Cano, superstar second baseman, he is pitching Cano as a potential cultural icon. The idea isn't as crazy as it sounds.

After weeks of his name being conspicuously absent from the hot stove chatter, Robinson Cano, the top talent on the free agent market this winter, finally grabbed some headlines on Tuesday. Or at least his agent did. Cano isn't just repped by some Ari Gold-wannabe you've never heard of. His agent is Jay-Z- 17-time Grammy-winning rapper, co-founder of Rocawear apparel and founder of Roc Nation entertainment- and when Jay-Z wants to get our attention, all he has to do is pick up the phone.

Mr. Z's first phone call went out to Queens and on Monday night, the mega-platinum artist was at the least-secret secret meeting ever held, sitting across from Mets GM Sandy Alderson and owner Fred Wilpon at a high-end Manhattan hotel.

There was almost zero chance that this meeting could produce anything that could be considered a serious bid for Cano from the Mets front office, right from the start, but that probably didn't matter to Jay-Z. The meeting did something even more important.

It put a picture of Robinson Cano photo-shopped into a Mets uniform on the back of the New York Daily News for every irrational Yankees and Mets fan to see. Half the city woke up to the false image of a dream come true and the other half woke up to their worst nightmare. That's the kind of showmanship you expect from a man who sells out stadiums for a living.

Unfortunately, such showmanship doesn't have much effect on baseball executives. According to a report by Mark Feinstein of the New York Daily News, when Yankees president Randy Levine was asked if the Mets could potentially sign Cano, he shot back, "For $300 million they can," mocking the second baseman's reported $300 million price tag, a price that the Yankees want no part of. "As Hal [Steinbrenner] has said, we have no interest in doing 10-year deals with any player or paying any player $300 million," Levine explained. Forbes writer Todd Van Riper pointed to the meeting as proof that Jay-Z's inexperience in this world is showing and could hurt Cano's earning power. After another report from Feinstein revealed that Cano's team was trying to bill him as baseball's Michael Jordan, the collective response could be accurately be summarized as "What, Who?" 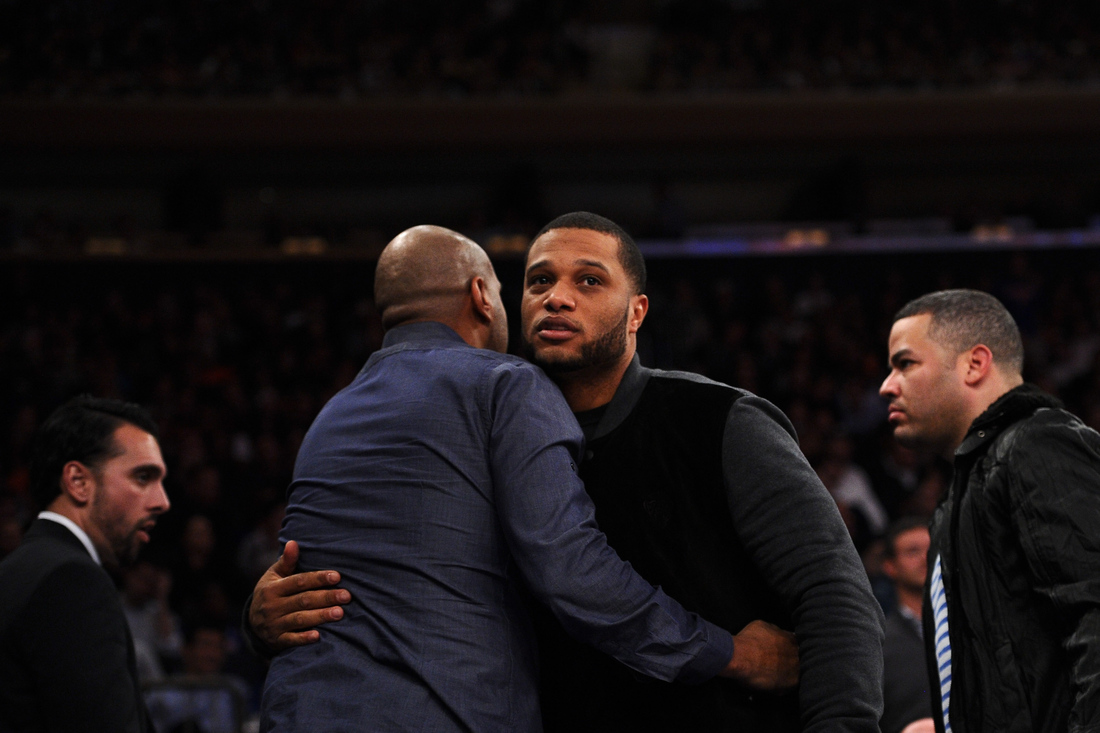 With a ridiculous price tag out there and even more ridiculous claims about Cano's level of celebrity getting tossed around, it is easy to jump to the conclusion that Jay-Z is an amateur playing a high-stakes game he is completely unprepared for. I wouldn't take that bet too quickly, however.

Forget for a moment that Jay-Z is a man who took a single, powerful skill- musical talent- and turned it into an empire that has expanded steadily to include fashion, real estate, gaming and sports. Instead, consider how Jay-Z and his Roc Nation Group view Robinson Cano without dwelling on the audaciousness of the Jordan comparison. Jay-Z's team doesn't just see Cano as another super-talented player whose performance commands a long-term contract at a price that baffles the mind, the way his former agent, Scott Boras would have. Roc Nation Sports sees Cano as a potential American icon, a celebrity who commands money on the field, on commercial lots, in photo studios and anywhere else they can dream up a connection between sports and some customer base. That vision of Cano might appear far-fetched at first and the Roc Nation strategy is not without substantial risk, but important trends in baseball and American popular culture overall make it a bet with enormous upside potential.

Baseball has experienced an extremely prosperous run under commission Bud Selig, but even with the incredible growth in revenue and enormous sums of money pouring into the game from television deals, there is continual hand-wringing about ratings, especially national ratings. Some of examples of this, like Wayne G. McDonnell, Jr.'s article from Forbes about the 2012 World Series ratings come from the constant failure of media writers to make appropriate adjustments when comparing the modern, 900-channel television landscape with the UHF-VHF days of yore. Comparing modern Nielsen ratings to those of the 1970's and 1980's without adjustment is akin to looking a deadball-era home run rates against those of the early 2000's. Baseball has done an excellent job of getting ahead of the game with MLB Advanced Media, but there is a real element of concern hidden in the ratings numbers. Baseball fans are getting older, as this article from Bloomberg News details. The myriad of Viagra commercials I end up seeing every October spells out with disconcerting clarity. Advertisers chase after viewers from the 18-49 demographic and baseball is getting less and less capable of delivering them.

That trend might not be evenly distributed across all demographics, however. ESPN Deportes recorded its second highest rated broadcast of the Home Run Derby in 2013 and that event saw an eight percent increase in viewers 18-49. If that is an indication of a larger trend within the game's audience, it is one that is poised to be incredible important over the life of Robinson Cano's new contract. According to data from Pew Research's Hispanic Trends Project, there were 51.9 million Hispanic people living in America in 2011, a 4% increase over the last ten-year period between censuses and other such increase appears likely. More importantly, for baseball this demographic is younger than any of the other major racial or ethnic groups in the country with a median age of just 27. That gives baseball hope for a new influx of passionate fans who are in the middle of the most coveted age group and approach an age where buying power generally increases.

Obviously, there has been no lack of Hispanic stars in the game to this point. Baseball is already heavily Latin American in its own demographics, with just under 30% of the players coming from that ethnic group since the early 2000's, according to this study from Mark Armour and Dan Levitt at the Society for American Baseball Research. Venezuelan Miguel Cabrera has won the last two AL MVPs. Dominican Albert Pujols has three MVPs to his name and the third largest contract ever given out. Cuban-born Jose Fernandez won the NL Rookie of the Year and finished second in the Cy Young Award voting. And of course, there is Alex Rodriguez, who owns of the two largest contracts in baseball history and who probably trumps everyone else in the game in both fame and infamy at this point.

Cano certainly isn't the first major Latino star and at this point, he probably isn't even the biggest, but he is perfectly positioned to become a cross-cultural icon in a way that none of the other Hispanic stars have. Roc Nation has already landed him an endorsement deal with Pepsi, making him the face of Major League Baseball for one of the world's best known brands. According to Jerry Crasnick of ESPN, who detailed the difference between Boras' approach and the upstart Roc Nation Sports thoroughly, such off-the-field earnings were front and center in Cano's decision to make the switch. Cano is one of the best players in the game now and he still has a number of prime seasons ahead of him. He doesn't same carry the negative baggage as the once-troubled Cabrera or the constantly troubled A-Rod. He has cache in the biggest market in the country, thanks to his history with the Yankees, and he his heritage could be a key asset for companies looking to build their brand with a section of the baseball audience that is growing in size and significance.

And he has Jay-Z. The media magnate doesn't need to beat Scott Boras at the contract negotiation game if he can make Robinson Cano the kind of trend-setting star athlete that is so common in basketball and so rare in baseball. There are inherent challenges to that mission, from the long grind of the baseball season to the lack of face time during the games, but the potential is too great to ignore. Apart from his flow, Jay-Z's greatest skill is a mind for corporate synergy and street-style marketing that would make Jack Donaghy swoon. If Cano can dominate headlines this winter and land a major-market deal big enough to catch the imagination of casual fans, he is going to be at the right place at the right time. There is no way of knowing whether he can realistically translate that into lasting iconic fame, but he probably has the right crew behind him.