MLB Trade Rumors: Five clubs that will shape the 2014 off-season

Every team in baseball is looking to improve this winter, but these five clubs will shape the 2014 off-season more than anyone else.

Share All sharing options for: MLB Trade Rumors: Five clubs that will shape the 2014 off-season

With the hot stove season upon us, every team is looking for ways to improve and build their next contender, whether that will be in 2014 or in some more distant future. However, every off-season, there are a few teams that play a greater role in shaping the market for players. Last off-season, the Diamondbacks desire to trade Justin Upton and acquire premium talent in return had a major impact on the hot stove as did the Indians surprising role as aggressive buyers. There are certain to be some surprises, but looking at the current MLB landscape a few teams standout for their potential to reshape the off-season.

The last time the Yankees missed the playoffs, back in 2008, they responded by adding C.C. Sabathia, Mark Teixeira, Nick Swisher and A.J. Burnett in the off-season and went on to win the 2009 World Series. After a third place finish in the AL East in 2013, the Yankees are going to be aggressive on both the free agent and trade markets and a report from Andrew Marchand of ESPN New York cites sources that say the bombers could spend $300 million on free agents this off-season.

Whether the Yankees throw money around with reckless abandon or not, they are the team that will have the greatest impact on the free agent market this winter.

They will have to pay top dollar to keep their best player, Robinson Cano, and until that process is completed (one way or another), other teams' decisions on a number of other offensive players will likely be on hold.

Agents and players will want to see where the bar for salaries will be set and many teams looking to add offense are going to follow that bidding to see if they might want in.

The Yankees also have issues to address in their rotation and their outfield. How they address those holes will effects nearly everyone else in the game regardless of the specific strategy. If they buy top talent at top prices, as they have so often done in the past, the price for everyone at those positions could see a bump. If they go the route of the 2013 Red Sox and sign more risk/reward types, other teams may find players they expected to be too costly for them falling back on their radar with the Yankees and Dodgers out of the bidding. Like most people, I expect another wild spending spree, but even if that is not the case, the Yankees will lead and other teams will follow this winter.

Seattle has endured a lot of losing under GM Jack Zduriencik, but there may finally be a light at the end of the tunnel. Prospects Mike Zunino, Nick Franklin, Brad Miller and Taijuan Walker all showed promise during the 2013 season and the rotation is anchored by two excellent starters in Felix Hernandez and Hisashi Iwakuma. Contention may not be too far off for the Mariners, but it is going to take more than just mid-level signings and minor trades. Zduriencik certainly has the money to woo top talent like Jacoby Ellsbury this off-season, with just over $30 million committed to the 2014 season before he pays a small number of arbitration raises.

While there is every reason to believe that Jack Z will go big this off-season, it hard to get a read on exactly how he will spend all that cash. The outfield is their biggest weakness and it appears that Ellsbury is the player they covet most. However, even if they can outbid the Red Sox, Rangers, Yankees and others to land the speed center fielder, that addition alone is not going to turn Seattle into a competitor in the AL West. They need to add several impact players and it may take more than money to get that done. With a farm system that ranked second in Baseball America's organizational rankings prior to the 2013 season, the Mariners are also capable of successfully mining the trade market this winter. More than any other club, they look poised to play a role similar to the one the Indians played last off-season, spending big in free agency while also wheeling-and-dealing.

The Rays are cash-poor as always and just like last season, they are expected to shop one of their starters before he gets too pricey. Last off-season, they blew up the twitter-verse by turning James Shields into Wil Myers and this off-season they could endanger the entire internet as they shop 2012 Cy Young winner David Price.

Price is entering his third arbitration year and, even after some injury issues in 2013, he is going to see his $10.112 million salary go up, making him a tough player for the Rays to hang on to. As a Super-two player, he has one more arbitration season after 2014 to add another year to his value for the team that acquires him, making this the ideal time to get the most value out of trading him. The Rays are still contenders in the AL East, so they shouldn't be expected to sell him for anything less than a crazy premium, but they are almost certainly going to put his name out there.

They could also shop first-year arbitration eligible starter Jeremy Hellickson and second-year arbitration eligible outfielder Matt Joyce. Hellickson offers more team control than Price but has considerably less eye-catching numbers. Matt Joyce is a solid, left-handed hitting right-fielder, but he offers much of the same production as the recently re-signed David DeJesus. In an off-season with few obvious sellers, the Rays could be the major trade rumor source all winter and enter the 2014 season a little younger and more talented as a result.

The Rangers made back-to-back World Series appearances in 2010 and 2011, but they have found themselves on the losing end of a one-game playoff for the past two seasons. The division they once ruled is now looking increasingly competitive with Seattle poised to make some big moves and they are trending in the wrong direction. Their offense went from scoring the most runs in 2012 to just eighth in the game in 2013 and when adjusting for the effects of their home park, it was even below-average (97 wRC+). After a conservative off-season last winter, they need to something this off-season to turn things around.

The issue for Texas could be their budget, however. They spent $125 million in 2013 and before arbitration raises they have around $78 million on the books for 2014. They have obvious needs at catcher, first base, DH and in the outfield, but they may not have the ability or desire to go big for several top-tier players. Last off-season they were considerably more interested in the trade market, pursuing Justin Upton hard until he was finally shipped to Atlanta. They could easily go that route again, making overtures for Giancarlo Stanton or even engaging the Rays on Price, Hellickson or Joyce.

That isn't to say that they can't spend money with the best of them. They have the giant Texas market virtually all to themselves with the Astros so shamelessly tanking the present for the sake of the future. They could almost certainly go beyond the $125 million they spend last season and enter the Red Sox/ Phillies payroll range.

Whether they decide to increase payroll to be big spenders or shop the trade markets again, the Rangers are a good bet to do something significant. The core of their rotation is still very good and they have the plenty of talent to build around on offense. They need to add just one or two key pieces and some additional role players and how they go about doing that will be a significant factor shaping the off-season.

I have absolutely no idea what the Cubs will do during this off-season and I would furrow my brow something fierce at anyone who claims they do. GM Jed Hoyer and Team President Theo Epstein have done an impressive job rebuilding the Cubs farm system and it is now busting with intriguing talent. Unfortunately, at the major league level, the Cubs are still miles from contention. They have a few plus-players in pitcher Jeff Samardzija, catcher Wellington Castillo and first baseman Anthony Rizzo, but no obvious stars and few other everyday players. 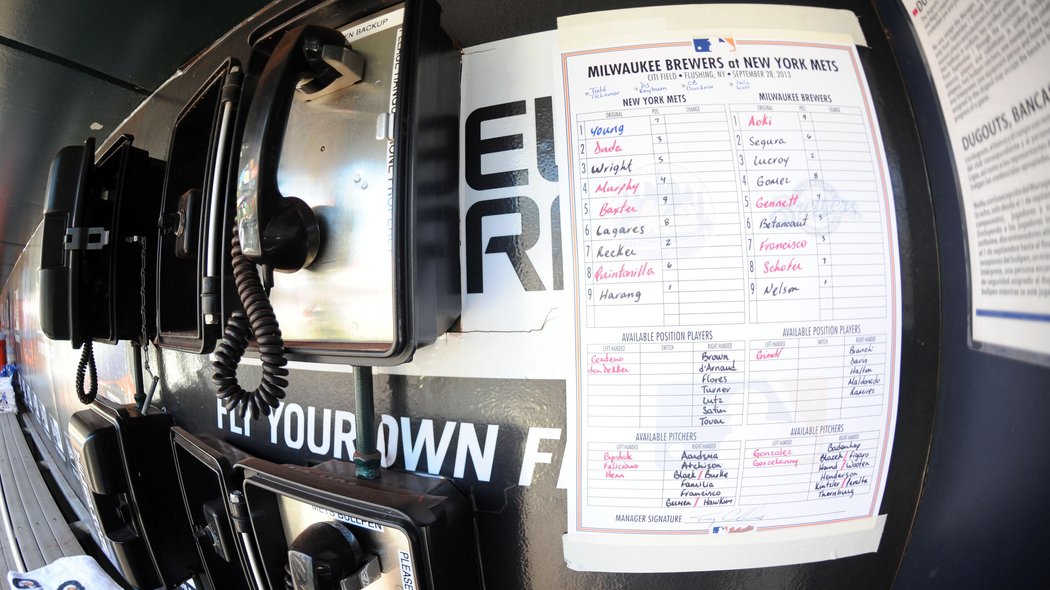 The season is over, but the offseason has just begun! Here's a team-by-team breakdown of trade chips, free agents, and what each needs to bring home a pennant in 2014.

But they are the Cubs. They play in one of the biggest markets in the country in front of some of the most devoted fans. They might have few quality players, but they also have almost no long term commitments, giving them the ability to spend at least $100 million more than they have committed to the 2014 season at this point.

They could outbid the Yankees for Robinson Cano, bring in a guy they have always liked in Jacoby Ellsbury, trade for David Price and give him a fat extension and still pick up four or five bargain basement role players.

Or they could sell off Samardzija, sign a few more players they fully intend to move at the deadline (a la Scott Feldman) and spend another season losing and building up the farm. At this point, both strategies seem equally plausible.

Whatever strategy the Cubs pursue, it will be a significant factor. If Chicago avoids headlines with a series of middling trades and low-cost signings, the lack of big money flowing from the North Side will be a hidden force in this market. Epstein and Hoyer won't stay quiet forever and their choice to either to buy now or buy later will have an enormous impact this off-season and in 2015 . Buy, sell or pass, the Cubs will put their own spin on this off-season

There are sure to be some surprises, but based on what we know now, these are the teams to watch as November gives way to the winter meetings and the MLB Christmas shopping season. These teams go beyond simply being a part of the market. They will make it. Their actions will have the biggest impact on the prices everyone pays for talent this winter and when they are done reshaping their own rosters, the entire league will look a little different.