For what might be the first time this offseason, the Dodgers are rumored to NOT to be in on an available player. Of course, things could change if their first choice -- 2013 third baseman Juan Uribe -- signs elsewhere.

Share All sharing options for: Dodgers not considering Omar Infante, for now anyway

Los Angeles has been hard at work this offseason, pursuing almost every available player on the trade and free agent markets, but they might be ready to leave a stone unturned -- in the form of second baseman Omar Infante, as ESPN Los Angeles' Mark Saxon reports.

Of course, that doesn't mean the Dodgers are negligently ignoring an opportunity to improve. They've likely done theirdue diligence on Infante. He's an intriguing player that could help them finalize their infield for 2014, but the team might not want to commit to a 4-year deal since one of their top prospects, Cory Seager, projects to stay at third and could reach the majors sometime during the life of a deal of that measure.

After signing Cuban defector Alexander Guerrero the team is more likely to be in the hunt for third baseman. They don't see Guerrero as an option at third, and haven't seriously considered moving Hanley Ramirez to the hot corner either. At least "not yet," as general manager Ned Colleti told the Los Angeles Times' Dylan Hernandez. 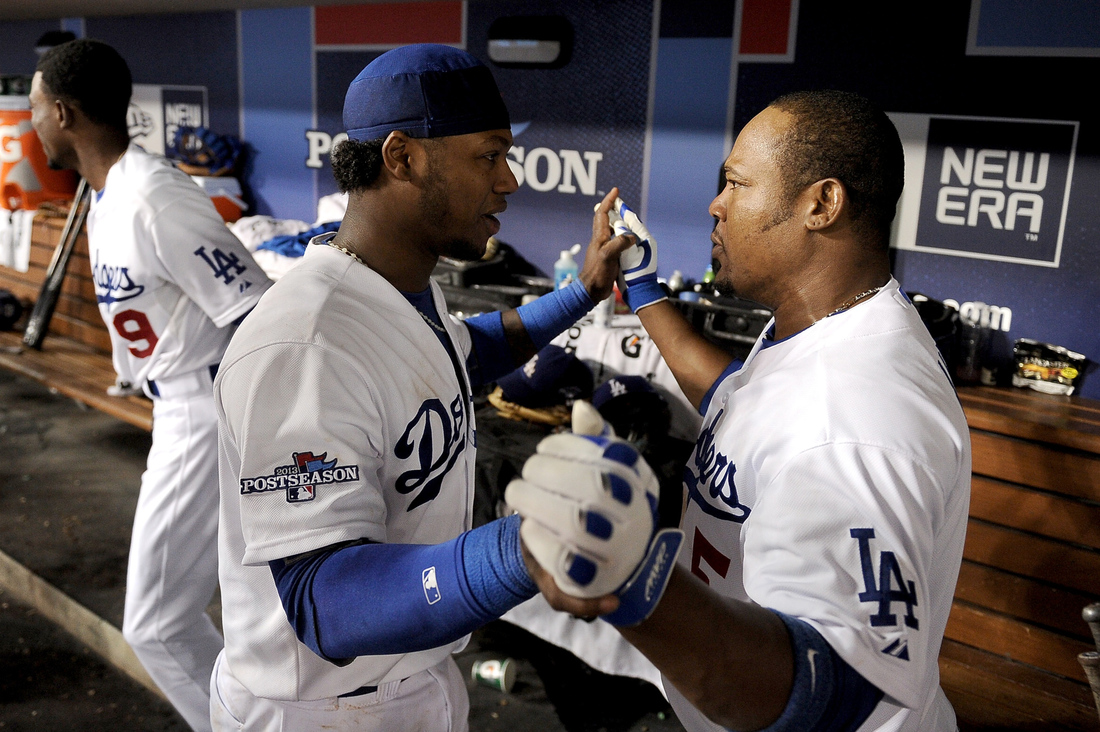 Last year, the Dodgers started Juan Uribe at third for 101 games. Uribe, currently a free agent, appeared in 123 for L.A. at third and 131 overall -- having the best season of his 13-year career in terms of WAR. Both rWAR (Baseball Reference's wins above replacement figure) and fWAR (FanGraphs version) showed Uribe post his most valuable season. Despite hitting 20 home runs or more in 2004, 2006, and 2007, his on-base percentage during those campaigns was below average, which in turn led to a below average offensive value overall -- as his wRC+ total from those seasons indicates. In 2013, his wRC+ was 116 thanks to a career-high .331 OBP. His defensive value also reached a new high. His UZR/150 of 35.3 was the best among qualified third basemen, and although that metric tends to fluctuate considerably from year-to-year, Uribe posted 15 DRS (defensive runs saved) as well.

2013 was a pretty great year for Uribe no matter which metrics you look at -- which is probably why the club has made multiple offers in an effort to re-sign him. He is reportedly deciding between the Dodgers and the White Sox, who he played with from 2004 to 2008.

So for now, Infante isn't on their radar, but that could change if Uribe signs elsewhere.