In what will likely be a platoon role, Rajai Davis brings a specialized skill-set to a now rather versatile Tigers roster.

Two-year deals worth around $10 million seem to be the going rate for fourth outfielders so far this winter. The Tigers had a need for a guy like that, and they appear to have filled that need -- agreeing to terms with Rajai Davis on an unfinalized deal in that neighborhood.

Davis is known for his speed on the base paths, and that was likely a major reason for Detroit's interest in the 33 year old veteran. He's stolen 267 bases in 801 games since seeing his first significant action with the Pirates and Giants in 2007 -- that's good enough to be 4th in the majors over that span.

Unfortunately, Davis' speed doesn't translate to above average outfielding. He's put up just 7 DRS (defensive runs saved) and a total outfield UZR/150 of -3.1 (ultimate zone rating per 150 games, a metric that measures a player's defensive range against the league average) in almost 5500 innings. Though that hasn't kept him from being a positive factor overall. Davis could benefit tremendously by platooning with Andy Dirks in left field. Davis, a right-handed hitter, has a career batting line of .294/.354/.425 and a wRC+ of 112 against lefties.

Dirks hits from the other side of the plate, so he'll likely see at least a slight majority of the at bats for the Tigers -- since left handers make up under 30% of the league. He represents a much better option in the field as well (14 career DRS and a UZR/150 of 1.7 in just over 2000 major league innings). Dirks career OPS is 30 points higher when facing righties rather than southpaws. He's been above average offensively within that spilt (career 104 wRC+ vs. RHPs) 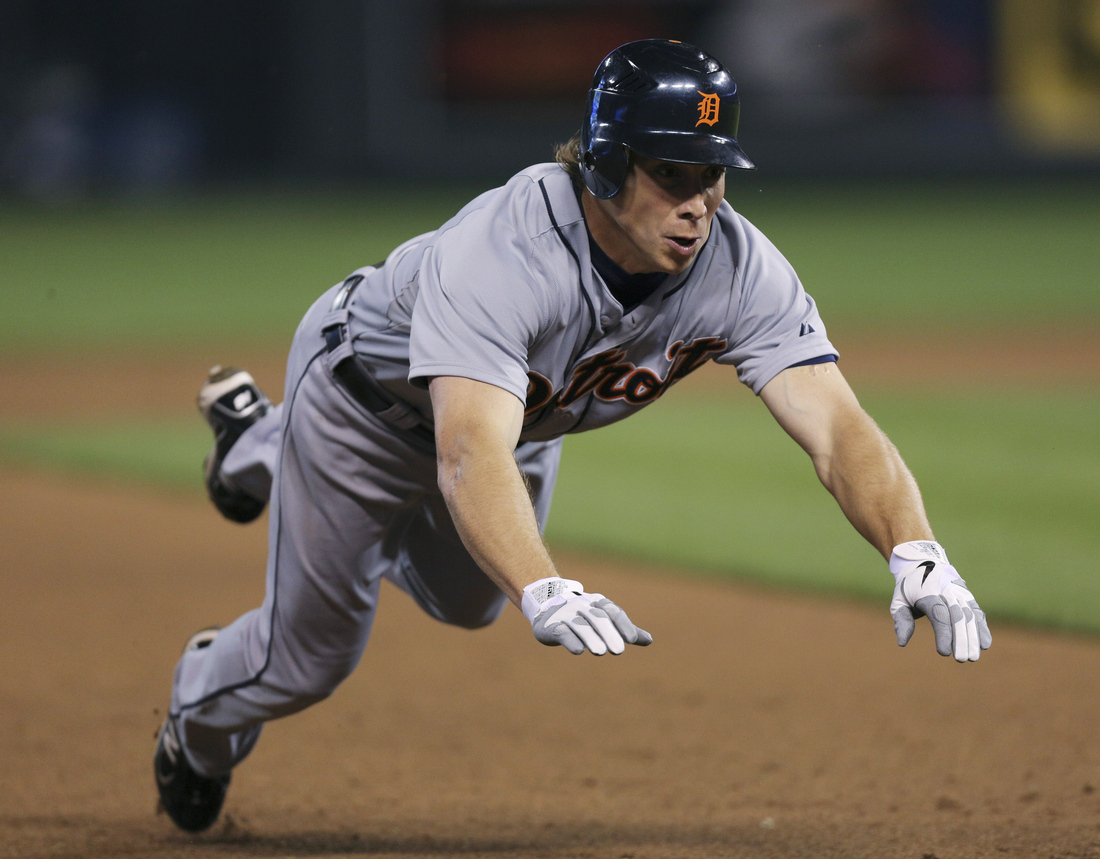 The platoon looks like a good match for Detroit, with Dirks holding down left field against right handers and Davis starting against lefties -- likely contributing as an occasional pinch-runner as well. That kind of versatility could go aid the Tigers on a day-to-day basis as well as giving them a solid alternative in case of an injury.

The contract itself might look extravagant at first, but as the Nationals showed with their two-year, $10.75 million deal for Nate McLouth, the market has determined that dynamic fourth outfielders are a much sought-after commodity this winter. Davis could help the Tigers bridge the gap until some of Detroit's prospects are ready for the majors -- namely 22 year old outfielder Daniel Fields, who was added to the club's 40-man roster in November.

Shin-Soo Choo headlines the remainder of the 2013 outfield free agent class. The Davis signing seems to put the Tigers out of the running for his services, which means Choo's agent, Scott Boras, will have one fewer team to use as leverage in negotiations for his client. Offers for Choo could end up somewhere in the vicinity of the 7-year, $142 million deal Carl Crawford signed with the Red Sox at the Winter Meetings in 2010.

While it's uncertain exactly how this move will affect the rest of the Tigers' offseason, it appears as though they've filled most of their major needs and opened up spots for the young players they wanted to integrate further into their plans for 2014.