Last season was one of the worst in the 113-year history of the Chicago White Sox. Dating back to 1901, the club has only finished with a lesser winning percentage six times. Whoa. That's a bad year.

So the White Sox have been pretty good at dodging utter catastrophe, but simply avoiding arbitrary loss totals doesn't nurture many new lifelong customers (or "fans" when referred to publicly).

Since sweeping the Astros in the 2005 World Series, the White Sox have alternated between winning and losing seasons every year. That's a strange form of consistency. The team has been sort of rippling along the MLB timeline, with every offseason functioning as a transactional zero crossing, but 2013 has been the farthest they've strayed from breaking even in some time.

The Sox' highest peak in that stretch was their first-place finish in 2008 that ended with a loss in the American League Divisional Series -- a season that saw them take home the AL Central pennant with just 89 wins.

The good news is, somehow, that they finished 63-99 last season. So if they continue their clockwork vacillation, being the seasonal pendulum of the American League Central might actually pay off in 2014.

General manager Rick Hahn has only been on the job for about a year, but he's quickly taking the club in a vastly different direction than it was headed when he was hired in October 2012. Hahn quickly extended Jake Peavy (who he later traded to the Red Sox in a three-team deal that landed him outfielder Avisail Garcia). Then, he let deteriorating veterans A.J. Pierzynski and Kevin Youkilis walk in free agency, and shortly thereafter, he locked up his best player, Chris Sale, to an extension that could keep the ace left hander with the club through 2019.

He was also able to get something in return for then-injured set-up man Jesse Crain and 37-year-old reliever Matt Thornton. Those returns were minimal, but taking a flyer on a minor leaguer is better than coming up completely empty-handed. And it's not like the Sox were in the race in July anyway.

They didn't get the most press, but these transactions could aid their teams at a fraction of the cost of high-profile free agents.

This winter, Hahn has been busy refurbishing the roster museum he walked into -- a museum his boss, and predecessor as Sox GM, Kenny Williams spent over a decade curating. Don't be too hard on Williams, though. At least he had the (presumed) self awareness to step away and hand the reins to Hahn, who was nearly hired to the same position with the Cardinals in 2007. They "settled" for current GM John Mozeliak.

Hahn launched the 2013 offseason by snaring Cuban defector Jose Dariel Abreu with a 6-year, $68 million deal. Abreu was one of the most coveted hitters on the market, and could become a fixture in the heart of the Sox' batting order at a fairly reasonable yearly wage. No one can seem to agree on what kind of impact Abreu will have in the majors, but if his pre-MLB production translates at anything close to the same proportions that fellow Cuban imports Yasiel Puig and Yoenis Cespedes have managed, he could be a bargain (embargo+bargain=embargain?).

Retaining Paul Konerko appears to have been Hahn's attempt at making the best of a bad situation. The White Sox can platoon Konerko with Wiliams-era lemon splurge Adam Dunn at DH. Neither player is ideal, but Hahn didn't have many other options since the ink stain of Dunn's contract dried a long time ago and Konerko decided he'd like to go around the circuit one last time. 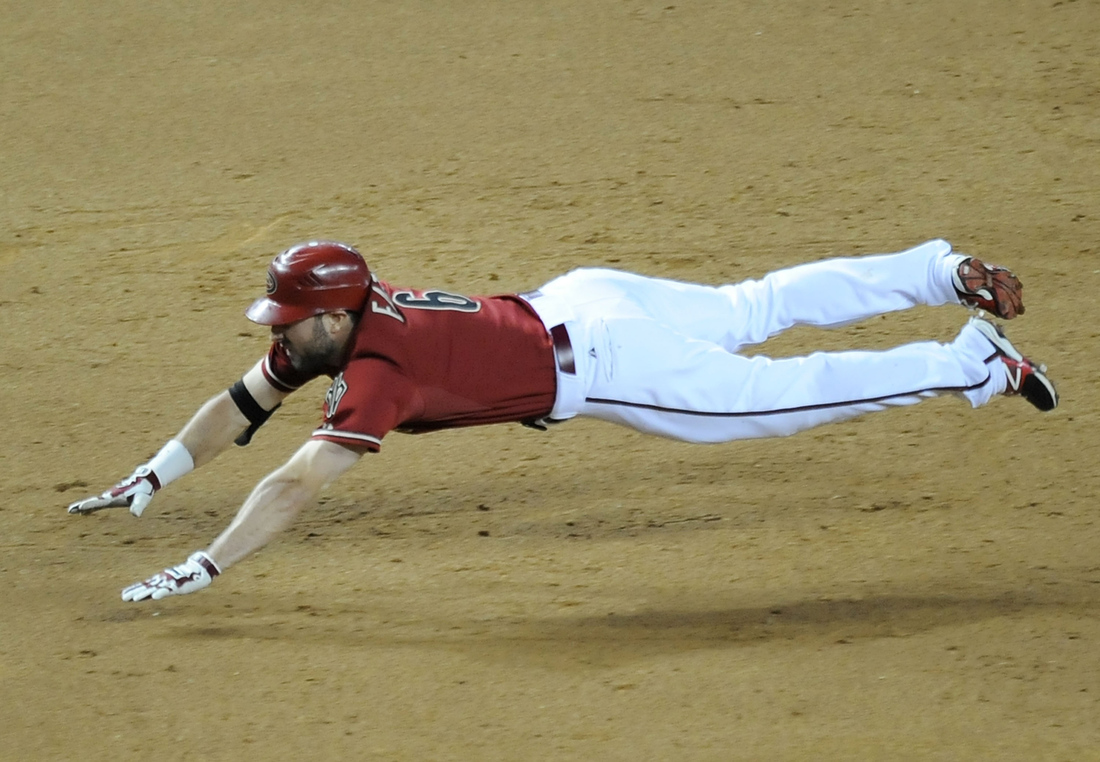 Then, of course, there's Hahn's vulturine predation in the desert. He was able to swoop down and snatch away two of the Diamondbacks' best young players this winter, only surrendering marginal pitchers in the effort.

Hector Santiago and Addison Reed aren't bad players by any means, but in exchanging them for outfielder Adam Eaton and third baseman Matt Davidson, Hahn has added promising everyday talent that could easily trump the value of his former pitchers. A good closer is a nice thing to have, but Davidson could end up being a solid regular at third for the Sox -- a position they've struggled to fill adequately for years. Scouting reports on Davidson have him pegged as a slugger with a decent OBP clip.

"I expect Davidson can be a .250/.330/.450 hitter and his new home park will play to his strengths. He turns 23 in March, doesn't have anything left to prove in the minors, and should have a long and productive career." --John Sickels, Minor League Ball

Eaton joins Avisail Garcia in what could be the most exciting outfield Chicago has seen in years -- no matter which corner of the city you're talking about. Both players are expected to be worth multiple wins in each of the next five seasons, according to Oliver projections. Hahn has been able to turn a few unspectacular arms into a core into a busy, little nucleus of potentially solid regulars.

When it comes to Reed's replacement, the Sox have a trio of florescent righties manager Robin Ventura can slot into the ninth in Nate Jones, Daniel Webb, and Jacob Petricka. All three can touch the upper-90s and have seen various forms of success at different levels of the organization. He could also turn to veteran Matt Lindstrom, who has served as a closer in the past for the Astros and Marlins. Hahn has said he "doesn't feel the urgency to anoint anyone the closer" at this time, but there are some solid in-house candidates at his manager's disposal.

Rick Hahn has been able to close some pretty impressive deals in his short time as the Sox' GM. What he's done so far looks like enough to give the Sox a chance at continuing their patented wavelength anniversary with the other side of .500 -- and it if he continues to operate on this frequency, he could keep his club from revisiting the all too familiar troughs that have recently followed their moderate interpretations of success.