The Royals are broke

Kansas City has boosted payroll to an all-time high, but are they really at their limit?

Share All sharing options for: The Royals are broke

Do you also like watching television inside your home?

If you answered "YES" to the questions above, you are exactly like everyone else.

Last year, revenues were above $7.5 billion. While attendance has been ostensibly flat for the league, the continuing growth in television revenue is a key reason for the rapid escalation. And, it’s very possible that MLB could see revenues in the $8.5-$9 billion range by this time next year. The league will see revenues double for new broadcast deals with their national network partners FOX, ESPN, and TBS that will add an additional $788.3 million a year to the league’s coffers. - Maury Brown, Forbes

So, those ungraspable figures behind the dollar signs are amounts of money, and apparently, those amounts are legitimate, spendable volumes of currency that can be exchanged for goods and services -- just like the grimy, off-green pieces of cotton normal people carry around.

So the superbusinessbillionaire that Trojan-Horsed Wal Mart to the forefront of everything has suddenly decided to raise his little baseball project's budget because of a sudden altruistic whim, and not because league revenues are at an all-time high?

More from our SB Nation cousin

At $8 billion and counting, it seems highly unlikely that the Royals are approaching a payroll figure that would cause them to operate in the red. Fans have gotten used to the game's marketocracy, but the notion that owners of an entity with the earning power of a Major League Baseball team would value the outcome of a game over profit is hard to believe. Skepticism is really the only proper response to the combination of truth and rich folks' money.

And David Glass has money.

His notoriety in baseball stems from his bargain-basement slithering, but he has made a name for himself in another arena: WORLD DOMINATION.

Glass was Sam Walton's right hand man in the design and application of their micro-vessel of aggressive mimicry, Retail Link -- a trend-forecasting software database created to compile information on worldwide consumer behavior utilized to better maximize the amount of crap we buy. It's the predominant reason Wal-Mart has become the supermassive black hole it is; gorging its paralyzed competition as a miasmatic hurricane of subordination.

From its $4 billion birth in 1985, Retail Link has used the bar code system to monitor trends and, more importantly, dominate nearly the entire capacity of retail consumer data. After developing this information, Glass and Walton offered it to their suppliers for free. Therein lies the evil genius. Once suppliers were allowed to plug into Retail Link, Retail Link plugged them right back. Wal-Mart then had access to these suppliers' books. This gave them the power to control price, volume, quantity, nearly every aspect of the supplier-retailer relationship. Including profit margins … No more negotiation. Just dominance.

Five awful moves that almost have to happen

For those less fortunate fans, these are the blunders that will make us anxious before they happen and torture us from the moment the ink is dry.

Rebuilding efforts abound over the winter months and every teams has their own take on how go about the process.

So, couldn't the architect of such an innovative cannibal apply the same principles to the relative minutiae of Major League Baseball? Couldn't he use his evil powers against the other teams rather than his own?

Many people in the US lost jobs due to foreign outsourcing after Retail Link saturated the industry. Wal-Mart's smaller and mid-level suppliers went bankrupt under Glass' despotic program, and the larger firms had to cut corners to meet Wal-Mart's escalating demands. Though on a much less significant note, the situation is reminiscent of the disenfranchised fans in Kansas City.

There is no doubt Mr. Glass could have done better by the fan base. Since he bought the team in 2000 for $96MM, he's seen a return of approximately 400% on his investment, despite producing only two winning campaigns in his first 14 seasons of owning the team. So not only has he been annually lining his pockets through all that surpassing futility, but his franchise has increased in value to the tune of somewhere around $360MM.

It seems as if he is applying the concepts of Retail Link, but the victims are the fans of his organization rather than his competition.

It's a cliché because it's true: "Baseball is a business." The focus is 100% on money. "Winning" in business is quantified by earnings, not by how many times a pack of grown men in costumes step on a pentagonal piece of rubber.

The Royals are just the cloak for Glass' profit dagger.

Pennants don't pay the bills. Sure, on-field success can translate to more profit, but do you really think losing has stopped this filthy rich racket mogul from getting filthy richer?

More: MLB storylines to look forward to in 2014

Unlike the Rockies' ownership, the Glass family has not disclosed the details of the club's financial structure. But it would probably be the same tune the Monfort brothers were singing out in Denver, because nothing keeps the plankton schooling like humming a few bars of truth-karaoke.

No one apart from the Royals' front office really knows what their P&L statement looks like. All we can see from the outside are the superficial results, the outliers of the actual function of the organization -- which is making money -- you know, the baseball parts. 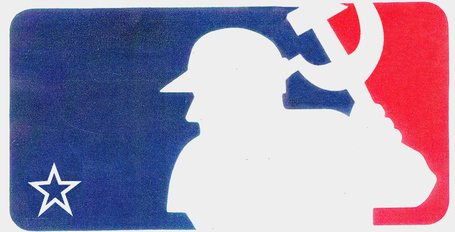 It doesn't seem like a giant leap of faith to assume a team's revenue and their payroll have a relationship.

It might be a Rose for Emily sort of deal, but at least they're staying together.

Let's also take the leap in assuming that most teams' budget strategy corresponds to some extent with the example the Rockies have released into the wild (to be malevolently hooked and gutted as the red herring it is).

That would give the Royals a potential revenue of about $180 million. Employing our new Monfort family proverb of using "half of revenue for players' salaries," we can assume that the Royals' payroll window for 2013 rested somewhere between $80 million (earning a relatively small profit) and $100 million (losing money).

Baseball Reference projects the Royals' 2014 payroll to be $92.6 million (arbitration cases estimated). So it looks like they could be on the verge of operating at a loss next season ...

Oh crap. If that's true, why did I write all of this?

I started writing this because I didn't believe any of it.

I didn't believe the numbers that suggested the Colorado Rockies organization is operating in the red.

I didn't believe the the Monfort brothers are losing money on their team.

And I definitely didn't believe that David Glass, the evil GENIUS behind Retail Linking the majority of American retail, has purchased a share of an $8 billion industry as hobby with no intention of making an ungraspable amount of money.