Oakland is looking to win now, even if it means trading long-term pieces for relative rentals.

Share All sharing options for: The A's landed gentry

Trading six years of Michael Choice for three years of Craig Gentry might not seem like the greatest move Billy Beane has ever made, but the Oakland front office appears to be much more focused on the present than they have been in the past -- even it means sacrificing long-term potential for immediate value. 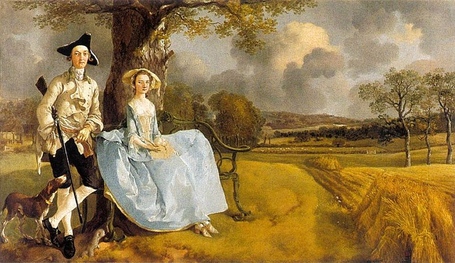 Landed gentry is a largely historical British social class, consisting of land owners who could live entirely off rental income. – via Wikipedia

But this isn't really much of a surprise. Under Beane, the A's have always been pretty ephemeral with their players.

You could say Beane has made his living almost entirely on rentals.

And that agile philosophy has served him pretty well.

He's never fielded a 90-loss team, and the A's have made the playoffs seven times since he took over as the club's general manager in 1998, amassing a 1396-1194 record (.539 winning percentage). Not many teams can claim that type of consistency -- and even fewer can claim his brand of inconsistency when it comes to building a roster.

A high turnover rate is expected to some extent for smaller market teams, but Beane has turned that collateral damage into an art form. Of course, you and everyone who follows Brad Pitt's film career already knew that.

It's probably safe to say that the real-life person has some form of commitment anxiety.

No matter how many books or screenplays are written, it still seems worth mentioning -- Billy Beane is a pretty good GM. 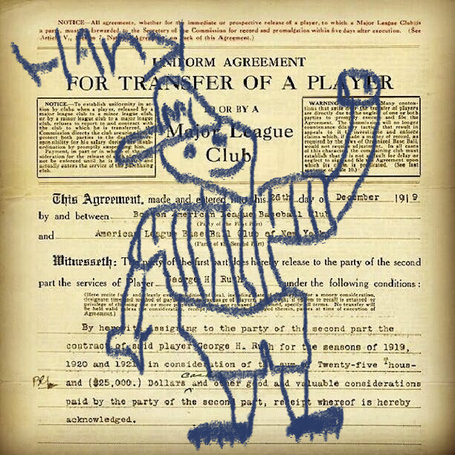 The longest contract he's even given a player was the six-year, $66 million extension signed by Eric Chavez in 2004.

As a kid, Hank Steinbrenner used contracts like that as coloring books.

For the Athletics, a two-year deal is considered "long-term."

Beane would probably prefer to GM in a world where multi-year contracts didn't exist. That way, he could reboot every year with one of his many, ever-developing roster hypotheses, transmuting raw materials into gold like some kind of wide-eyed alchemist.

His methods have been fruitful in the past -- Brandon Moss, for example, is made up of mostly saltpeter and arsenic.

It's been a busy winter for the A's. Beane has been stacking his bullpen and scooping up immediate-impact players left and right. He started the offseason by adding to the club's supporting cast with Nick Punto and left-handed reliever Fernando Abad. Then he traded for relievers Luke Gregerson and Jim Johnson, and signed lefty Scott Kazmir during that rapid-fire shelling of transactions just before the Winter Meetings.

The core from last year's 96-win roster is still largely intact, and Oakland has replaced their exiting stopgaps -- like Grant Balfour and Chris Young -- with newer, and perhaps more valuable versions of the departed.

Also splashing about in that bathtub full of fresh ink was a 30-year-old fourth outfielder from the Texas Rangers. 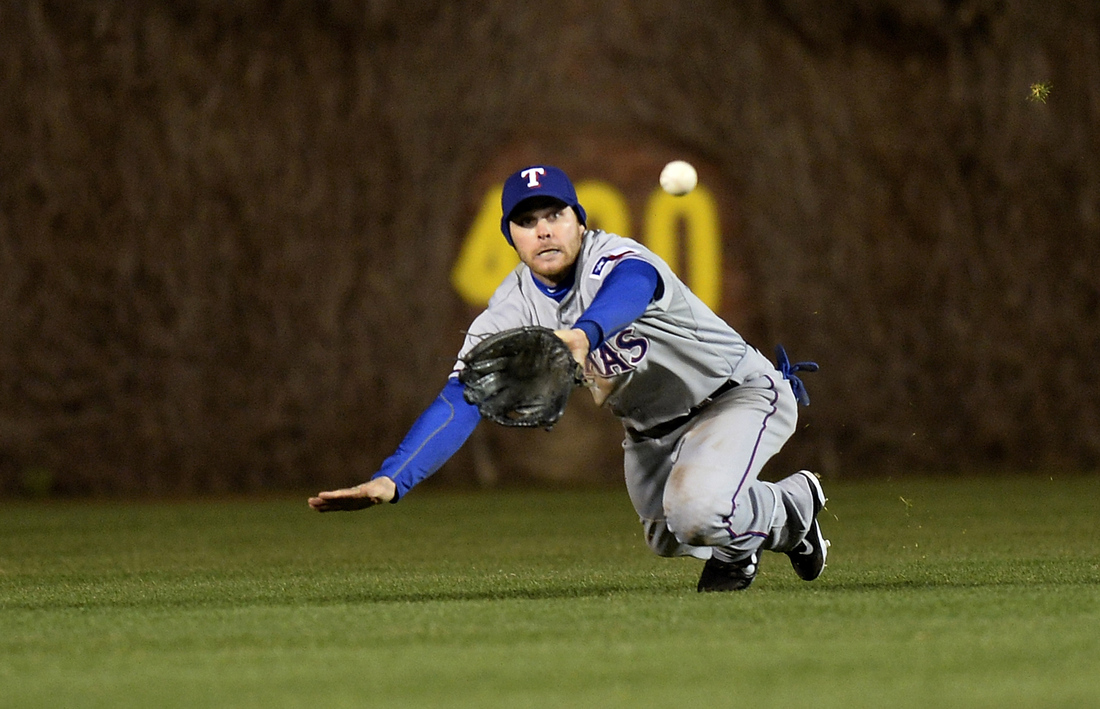 Craig Gentry is a sabermetric heartthrob. So it seems fitting that he's ended up in Oakland.

It may have been worth trading Michael Choice just to get Gentry's "kitten face" t-shirts up for sale in the A's team store, but as a player, Gentry brings considerable value on a nominal price tag. He's entering his first year of arbitration eligibility, so his salary is certain to increase over the next three years, but for 2014, he's projected to make just over $1 million thanks to the panel.

That's a steal for a player who has been worth more than six wins in 556 plate appearances over the last two seasons.

Most full-time players see at least that many plate appearances every year, but only 12 hitters in baseball posted six or more wins above replacement last season. In fact, if you interpolate the league leaders in fWAR, only Mike Trout, Andrew McCutchen, Josh Donaldson, Carlos Gomez, and Miguel Cabrera have been more valuable than Gentry over their last 556 plate appearances.

Of course, that's only one way to evaluate players. The anti-SABR crowd might have a fit reading that statement, but if you look closely at Gentry's overall performance, he looks like an incredibly valuable weapon. Whether or not he can post numbers like that as a starter remains to be seen -- and it may continue to remain that way in 2014. Josh Reddick is likely to see most of the action in right field, Yoenis Cespedes looks much better defensively after settling in left, and Coco Crisp is the man center field -- isn't he?

To maximize Gentry's value to the club, the A's could decide to use him as their regular center fielder -- where he flashes one of the best gloves in baseball. That would give Crisp a chance to split left field and DH duties with Cespedes, giving both players a chance to rest. Crisp has posted more DRS (defensive runs saved) in left field than he has at any other position, and his range in center has diminished considerably over the last three years. On the other hand, the A's tried moving Coco to left in 2012, and it didn't work out too well. He didn't care much for the change, and it showed -- he posted the worst range factor of his 12-year career.

Chris Young played all three outfield spots last year, but he's gone. Gentry could slide into his role easily, having played a similar part in Texas. But if he continues to get on base since 2012 (.370 OBP), he'll probably nudge his way into the lineup more often. If he serves a bench player for the A's, he'll still provide value as a topflight defensive replacement and a highly-skilled baserunner.

The trade for Gentry itself has drawn some skeptical reviews. Michael Choice was arguably the second-best player in the A's farm system after Addison Russell, and Chris Bostick was ranked eighth on Jason Parks' latest Oakland prospect primer. Seems like a steep price, but in the end, both of those guys are just prospects. Bostick has never played higher than Low-A ball, and Choice has seen action in all of nine major league games. Ultimately, the A's appear to have been focused on adding proven talent in the deal.

This swap might end up looking like a win for the Rangers over the long haul, but it won't matter in Oakland. Another prospect or thrifty reclamation project will step up, just like they always do.

Billy Beane will probably tear up the blueprint and start over again next winter, but it's all part of the plan.

That's the beauty of his process.

You don't have to worry about long-term maintenance when you're only renting.