Would signing Tanaka be enough for the Yankees?

How good were the Yankees last year? Are they better now than they were then? How much can signing Tanaka affect their win total in 2014, and will it be close to enough?

Share All sharing options for: Would signing Tanaka be enough for the Yankees?

With the Masahiro Tanaka sweepstakes about to ramp up, it is probably the right time to look at whether the addition of Tanaka--or for that matter anyone on the market--would be enough to make a real difference for the Yankees.

The 2013 New York Yankees finished with 85 wins, 12 back from the division-winning Boston Red Sox and 5.5 back from the Tampa Bay Rays. With the Indians, Rangers, and Royals finishing with better records and the Orioles matching their 85 wins, the Yankees were not particularly close to taking one of the two Wild Card spots.

Given the losses of Robinson Cano, Curtis Granderson, Andy Pettitte, Mariano Rivera, Phil Hughes, and Boone Logan (who combined for 13.7 fWAR) and the distinct possibility that they will be without the services of Alex Rodriguez (which could be either good or bad), there is a fair amount to be concerned about when looking at the Yankees' prospects of seriously contending for the AL East crown or even a Wild Card berth.

That concern should approach alarm when also taking into consideration the fact that their 2014 incarnation will be relying upon the services of Derek Jeter (17 games played in 2013), Jacoby Ellsbury (roughly 260 games missed in the past four seasons), Brian McCann (who has spent time on the disabled list in two of the past three seasons, managed only 121 games played in the season that he didn't head to the DL, and is a catcher entering his age-30 season), and Mark Teixeira (138 total games over the past two seasons with only 15 of those coming last year). Their Jeter/A-Rod insurance and Cano-replacement strategy currently consists of Kelly Johnson, Brendan Ryan, Eduardo Nunez, and Brian Roberts, a quartet with a total of two 1.0+ fWAR seasons between them over the past two years. 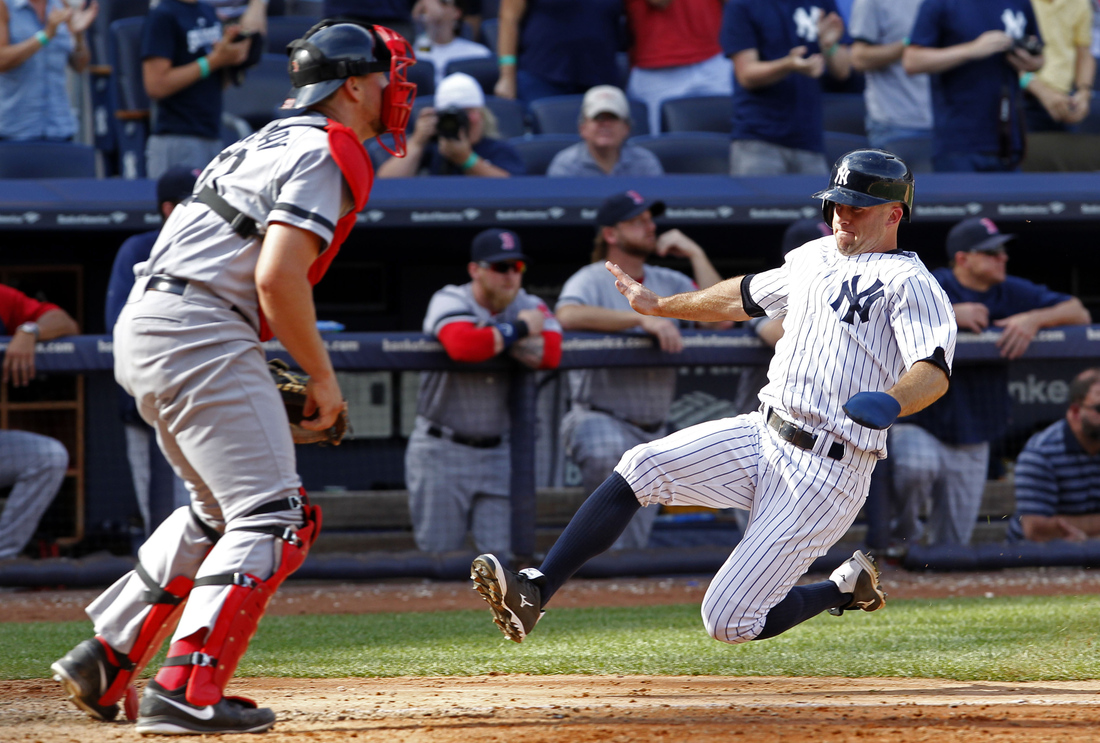 Furthermore, the only logjammed outfielder that could net the Yankees much of anything on the trade market is Brett Gardner, who they should rightfully view as a fixture for their 2014 squad as he is the second-most valuable returning Yankee from 2013.

When taking into account that they have an exceedingly weak farm system from which to trade or get upgrades internally and hoping for Manny Banuelos, Dellin Betances, or Michael Pineda to be of much help is a long shot, it's hard to see how any signings turn the tides for the Yankees in 2014.

To take it even further, the 2013 Yankees actually outperformed their Pythagorean W-L of 79-83 by a full six wins. If the 2013 Yankees actually outperformed their expected record based on runs scored and a quick perusal of WAR shows them to have been a 30.9 rWAR and 28.9 fWAR team last year, then it certainly appears as though the Yankees' record actually exceeded their true-talent level, even if accepting the higher range of the replacement-level-team win total at 48.

More: The A's landed Gentry MLB worried over donation from Tanaka to Rakuten

So the 2013 New York Yankees were probably a lucky 85-win team. Their true-talent level looks to be much more in line with that of roughly .500 team. They lost 13.7 fWAR in free agency and retirement. Given the projections at our disposal right now (Oliver and Steamer), the Yankees got back about 9.5 fWAR in the signings of Ellsbury, McCann, and Carlos Beltran. Between Ryan, Roberts, Johnson, Matt Thornton, you could maybe squint at get another two or three wins after adjusting for usage.

Granted much of looking at their 2013 true-talent level is possibly penurious to a team that was ravaged by injuries. Unfortunately for the Yankees as constructed, injuries are going to play a bigger part. The 2013 Yankees' average age was 31.0 years old. After the retirement of Mariano Rivera and Andy Pettitte, their average age is 28.1, currently tied for the fourth-oldest team in baseball. Too much of their production is reliant upon players on the wrong side of 30 to hope for health. An inability to walk onto the field every day is simply a part of aging.

If we were to grant that he is in fact the best pitcher on the open market, what would signing Masahiro Tanaka actually mean to the Yankees? The general consensus seems to be that Yu Darvish is Tanaka's superior. Darvish has been worth roughly 5.0 WAR per season with the most generous measure of his worth by either calculation being a 5.8 rWAR season in 2013. Even a 5.0 WAR 2014 from Tanaka isn't likely to push these Yankees into a Wild Card spot. 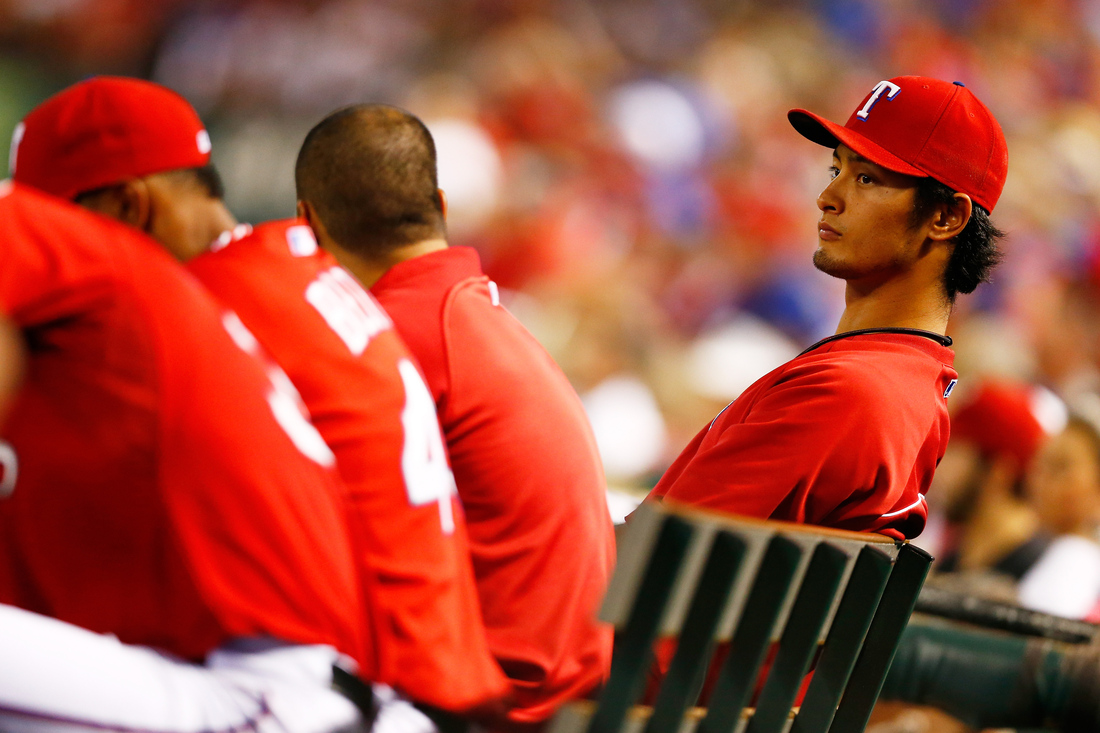 Even if he were Yu Darvish, Tanaka may not be enough. Photo credit: Tom Pennington

For these Yankees, who were 5.5 games out of the playoffs in a season in which they were arguably lucky to the tune of six extra wins, Tanaka by himself is not likely to be a magic elixir that puts them in the playoffs. In fact it is difficult to see a scenario in which these Yankees make the playoffs without an absurdly healthy season and signing two of the top four free-agent pitchers (Tanaka, Garza, Santana, and Jimenez). In a vacuum, maybe that's possible, but money's flowing like the Colorado River at the peak of snow melt before the construction of the Glen Canyon Dam. There are other teams who need starting pitching, and there's plenty of scratch to go around.

It is hard to look at the Yankees' playoff hopes for 2014 at this juncture with anything other than concern and skepticism.