Even after a flurry of deals yesterday, the Tigers' Doug Fister trade ranks as the worst move this off-season. However, there are some important things we can interpret from it.

Share All sharing options for: Five important take-aways from the Doug Fister deal

The Tigers have made two blockbuster deals already this winter. As a result the AL Central champs will feature a dramatically different team for the 2014 season than the club that lost to the Red Sox in the ALCS. While there was a lot of love for their first big deal which sent Prince Fielder and his big paycheck to Texas for Ian Kinsler, the second one has left experts shaking their heads. It is hard to find anyone who really likes the trade that sent Doug Fister to Washington for Steve Lombardozzi, Ian Krol and Robbie Ray for the Tigers. While some have speculated that the deal will open the door for another move that will help us make sense of it, taken at face value, it is hard not to conclude that the Tigers got robbed.

...in exchange for Fister, the Nationals surrendered a non-elite pitching prospect who has pitched a half season at Double-A and probably won't rank in anyone's Top 100 next spring, plus a couple of role players who might or might not end up amounting to anything. And in return, they're getting two years of a very good starting pitcher at far below market prices. This trade is nothing short of a bonanza for the Nationals.

At Baseball Nation, Grant Brisbee simply can't believe how bad the deal is-

It's the biggest head-scratcher of the offseason. I'm typing as fast as I can because there's no way this is going to be the last Tigers-are-insane column, so it might as well come in the first wave. This deal makes absolutely no sense. It doesn't make sense for a win-now team like the Tigers, and it wouldn't make sense if Fister were on a team without much of a chance in 2013, like the Astros. It's a trade posted on a Nationals blog that was quickly laughed at by fellow Nationals fans.

The list goes on... At Bless You Boys, Patrick O'Kennedy wonders if this is GM David Dombrowski's worst. move. ever and as of this writing 24 percent of their readers said "no" to the question, "Was trading Doug Fister a good move for the Tigers?" while 43 percent checked the "I hate this trade with a fiery passion" box.

So it wasn't a good deal for Detroit. That should be pretty clear by now. The question that really needs to be addressed is why would Dombrowski, who has an excellent trade record, make such an obviously horrible deal. Ben Lindbergh of Baseball Prospectus ponders that a bit ($$)-

"...maybe there's something else we're missing. We know Dombrowski's not dumb, and his experience would suggest that he did his due diligence; he didn't make this move on a whim. He has access to information that we don't, and maybe something he saw swayed him (and would have swayed us, had we seen it)-some hidden sign of decline in Fister, a glowing scouting report on Ray*, an encouraging word from a friendly fortune teller. But it would have had to be a real whopper of an insight.

I don't know anything about friendly fortune tellers, but I think we can make a few logical conclusions from this deal simply based on what we already know. 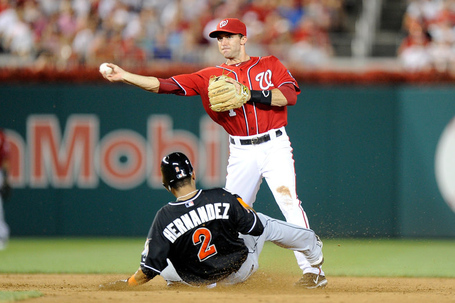 The Tigers are at or near their spending limit

Fans of big market clubs never want to acknowledge the limitations of their team's payroll, but like it or not, every club has a budget. Owners aren't going to simply allow their teams to become unprofitable by spending recklessly and doing so would certainly not help a team over the long run. Both the Fielder deal and this deal help take some money off the books now and in the near future. The Tigers $148.69 million payroll was the largest ever for the club and before the Fielder and Fister trades the team was looking at $107.8 million committed to 2014 with another approximately $40 million coming to arbitration-eligible players, according to Matt Swartz's estimates at MLB Trade Rumors. Those two deals have freed up around $14 million for the 2014 season and even more for the 2015 season. A number of people have cited Detroit's desire to lock up Max Scherzer and Miguel Cabrera long-term and that is certainly a factor as well. Regardless of whether or not those deals get done, with the need to shed money playing a factor in both big Tigers trades, there is every reason to believe that Detroit lacks payroll flexibility to some significant degree.

There is little or no market for Rick Porcello

The Tigers were rumored to be shopping both Max Scherzer and Rick Porcello this off-season, not Fister. Scherzer is the best of the three, but he is also the most expensive and his 2013 win-loss record has made him slightly overrated by some, so trying to get a big return for him now would make sense. Porcello is the player the Tigers dropped to the bullpen during the 2013 playoffs and if they had their choice, they almost certainly would have rather dealt him over Fister. Not only is he the lesser pitcher, he is going to cost as much or more than Fister in 2014 and 2015. Since Fister is the one they dealt and his return is shockingly small, it follows that Porcello has a very low trade value at this point. Unless the Tigers have some inexplicable affection for the 24-year-old, the fact that he remains in their rotation and Fister is gone speaks volumes about the perception of him throughout the league.

It is impossible to look at this deal and not conclude that the Tigers like pitching prospect Robbie Ray more than just about anyone else in baseball. Virtually ever recent trade for a solid mid-rotation starter or better has involved at least one top-100 talent. James Shields bought the Rays Wil Myers, R.A. Dickey netted the Mets Travis d'Arnaud and Noah Syndergaard. Matt Garza got the Cubs Mike Olt. Zack Greinke brought Jean Segura to the Brewers, Jake Peavy helped the Tigers get Jose Iglesias and the White Sox get Avisail Garcia. That is just the established price. Robbie Ray is nowhere near the caliber of player that typically gets moved in these deals according to most experts. John Sickel of Minor League Ball has a fairly centrist opinion on the key player coming to Detroit-

A 6-2, 170 pound southpaw, Ray was born October 1, 1991. He has a 90-96 MPH fastball and a good change-up, but his slider is mediocre at best and will need to be improved for him to start at the big league level. That said, he made a lot of progress in '13 and could develop into a number three or four starter if all goes well. Failing that, he could be useful in the bullpen.

If the Tigers share that view of Ray, I can't believe they would make this deal. They might see evidence that his slider can develop into a quality out-pitch or see room for him to fill out and gain more consistently impressive velocity, or some other nuance. Whatever their evaluation might be, they see something better than a guy with a number-three or four starter ceiling and a bullpen role floor. They might also like Krol as a potential closer or setup man, but their evaluation of Ray is the key here and it must very optimistic.

Not having a dependable bullpen has really gotten to Dombrowski

The one move the Tigers GM did make immediately following this deal was to sign Joe Nathan to close. Nathan gives him something he hasn't had in recent seasons- a lockdown closer to put the game away. Sure, Joaquin Benoit was a decent solution in 2013 and Jose Valverde had a pretty strong run until late in 2012, but the Tigers have might suffered through shaky ninth innings in the bright spotlight of the playoffs one too many times for Dombrowski's taste. This might not be a direct cause-and response scenerio here, but turning Fister and the money owed him into Nathan and a few potentially useful young is paying an extremely high price to fill that need, especially considering just how unstable reliever performances are. Dombrowski has made no secret of his desire to build a better pen and this helps him do that, but if he felt he had to move Fister to make it happen, he must really be taking his team's recent late-inning failures badly.

Fister has been well above-average by both ERA and advanced pitching metrics over the last four seasons, but there is one thing he doesn't do well. He doesn't bring the heat. Among qualified starters, his 88.6 average fastball velocity was the sixth slowest in baseball- fifth if you don't count knuckleballer R.A. Dickey. Since the return for him seems unimpressive based on his numbers, one possibility we should consider is that teams don't trust a guy with such a lackluster fastball. That bias might have helped the Nationals get the deal of the off-season, but it isn't completely unreasonable. Without much on his fastball right now, Fister could decline very quickly if the heater loses any velocity at all.

Even these fairly safe assumptions don't entirely excuse this deal. Whatever justification you assign to the Tigers, it is hard to see how it can make up for the massive difference in values getting exchanged here. There is still plenty of off-season left and there are even a few free agents remaining after yesterday's buying frenzy. It is completely possible that this deal is part of a larger plan, but until more of that plan is revealed, this deal is going to look like a costly mistake regardless of the rational behind it.