Neither of Tampa Bay's recently-signed catchers is going to hit 30 home runs or win a batting title anytime soon, but the Rays were more focused on what Jose Molina and Ryan Hanigan do behind the plate.

Catching is an art form.

And apparently, the Rays would like to turn Tropicana Field into the Guggenheim.

By re-signing Jose Molina and trading for Ryan Hanigan, Tampa Bay has put together what will easily be the best catching tandem in baseball -- at least defensively.

Jose's brother, Yadier Molina, is widely considered the best catcher in the game, but he probably learned a lot from big bubby. Jose is seven years and 10 days older than Yadi, and will turn 39 this summer. For most clubs, the suggestion of signing such an aged player to a two-year deal would be grounds for termination, but the Rays aren't most clubs.

More on Hanigan from Red Reporter: On Ryan Hanigan, and an author's shortcomings

By adding Ryan Hanigan (who is far from an ash sapling himself at 33) to the mix, they have two of the most skilled pitch-framing catchers alive. According to BaseballAnalytics.org, (the elder) Molina and Hanigan were among the best in called strike percentage from 2008-12 (minimum 10,000 pitches caught).

Both inside the strike zone: 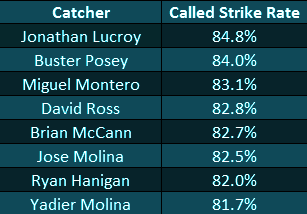 And outside the strike zone: 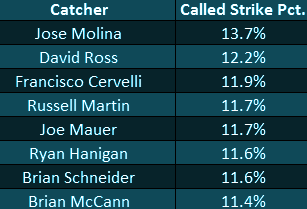 Of catchers with at least 50 starts last season, Hanigan had the league's best caught stealing percentage, gunning down thieves at an unreal clip of 45.5% (15 outs in 33 attempts against him). Molina wasn't as spectacular last year (29.1 CS%), but he's been pretty solid in that department over the course of his 14-year run (career 37.5 CS%).

Hanigan and Molina could mutually benefit from their new backstop symbiosis. Both players have seen part-time action in recent years for varying reasons. So as a unit, they could allow each other enough rest to be be more potent contributors individually. 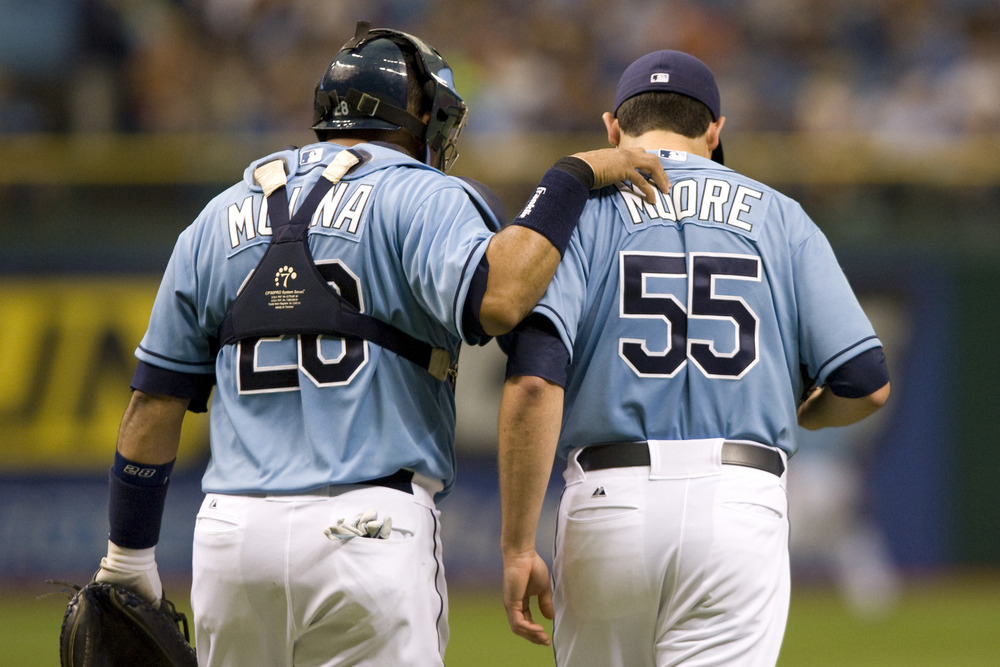 There's not a great all-encompassing way to gauge the value a catcher brings to his team defensively. At least not yet, but the amalgam of stats that are available are very impressively researched. What isn't especially clear is how much these two players' pitch-framing skills can globally improve their young pitching staff -- but they will certainly benefit substantially. The veteran leadership angle is often overplayed in sports, however a Rays rotation that stand to lose James Shields and David Price in consecutive offseasons could probably use all the battle-scarred sagacity it can get -- even if its effect is mostly manufactured.

The Rays re-signed Molina to a two-year deal worth $4.5 million and traded minor leaguer Justin Choate in a three-team deal with Cincinnati and Arizona to acquire Ryan Hanigan. They also agreed to take on Heath Bell's contract as potentially useful collateral damage. Hanigan has a much better on-base track record than Molina and hasn't spent as much of his life in the knee-granulating crouch of the catching position, so he could see the majority of the at bats for the Rays next season.

No matter how you decide to "frame" it, Tampa Bay's 2014 catching situation looks like another way the franchise will get value from a forward-thinking approach without having to spend large chunks of their limited resources.

And next season, if you happen to tune in to a Tampa game, you'll be watching one of the league's best behind the dish -- one Ray or the other.