What Should We Make of Houston's Offseason?

Why give Scott Feldman three years? Why trade young, cost-controlled talent for two years of Dexter Fowler? Does the heretofore pragmatic Astros' Front Office think the end to East Texas's suffering is near?

Share All sharing options for: What Should We Make of Houston's Offseason?

In the past two seasons, Jeff Luhnow's Astros have lost 217 games. Sure, this was by design, but Renzo Piano, Richard Rogers, and Gianfranco Franchini designed the Centre Georges Pompidou thinking it was a good idea. Virtue and design are not necessarily married to one another.

In 2013, the Astros started the season with a total club payroll of $26,105,600. By season's end, they had excised all non-essentials, trimming their payroll to a figure reported to be under $13MM.

They traded every man on the roster making more than $1.15MM--Erik Bedard was the One-Point-One-Five-Million-Dollar Man--and retained the services of exactly two players by season's end making more than $507K--Bedard and Philip Humber.

Yes, the Astros had two players on their roster making more than the league-minimum at year's end. One can safely say that Jeff Luhnow has been steadfast in his dedication to this ballsy rebuild through his first two seasons as the Astros' General Manager.

For two full years now, Luhnow has traded off any and every arbitration-eligible commodity with a hint of trade value, holding onto just the cost-controlled talent slated to still be on the books when the Astros' window might creak open. In addition to begetting the byproduct of virtually guaranteeing the first overall pick of the draft (three years running), this enabled the previously talent-starved Astros to infuse the organization with talent like Robbie Grossman, Steve Wojciechowski, Matt Dominguez, Alex White, and Jed Lowrie, who Luhnow eventually turned into Brad Peacock, Chris Carter, and Max Stassi. When adding the fact that the Astros have drafted well under Luhnow--especially in 2012, when they used their extra draft money saved on Carlos Correa to sign Lance McCullers and Rio Ruiz to deals well above slot--a clear, measured effort has been made to build up the youth brigade regardless of what it means for the win total at the Major League level.

Given the paltry payroll figures and the prospect hoarding that has gone on for the past two years in Houston, what then do we make of the Astros' moves this past week?

For those who weren't paying attention (if you weren't, one could hardly blame you), the Astros signed pitchers Scott Feldman and Chad Qualls to contracts that could keep them in town for the next three years. Feldman's was a three-year, $30MM deal. Qualls was signed to a two-year, $5.75MM deal with a $3.5MM club option for 2016 with a $250K buyout. That's $36MM in committed payroll to be doled out to Scott Feldman and Chad Qualls. One can certainly question the extent to which these two signing will actually affect the team in the win-loss column--Feldman is projected to be worth somewhere in the neighborhood of 1.7-2.1 fWAR (Oliver on the low end, Steamer on the high end, with projected innings pitched being the primary differentiator) while Chad Qualls comes out of a 2013 that saw him post his first positive fWAR (0.5) since the 2010 season after recording the highest average fastball velocity of his ten-year career.

Realistically, those two are only adding about 2.5 WAR in 2014, and with the figure of $12.75MM (assuming equal annual distribution of money on the Feldman deal) attached to the pair of righties, it's hard to say that the Astros are going "all in." That $12.75MM is roughly equal to what the Astros' payroll was at the end of last season. 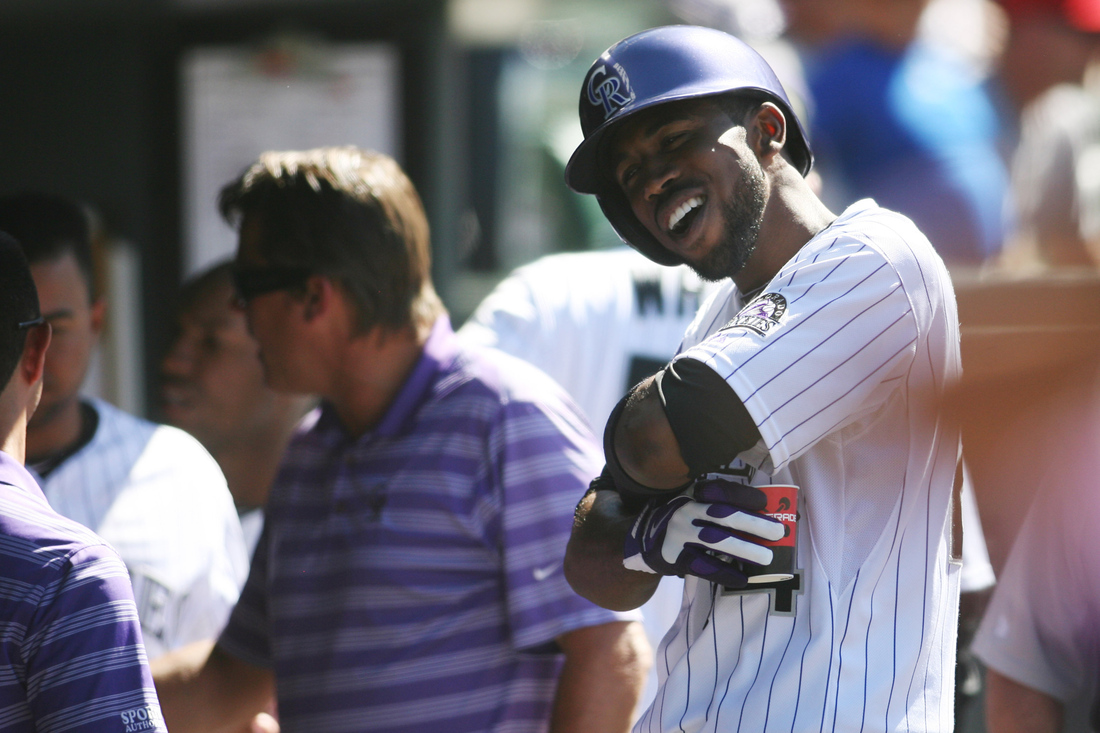 Of course, there is still the Dexter Fowler trade to consider.

This deal is what raises some questions; after all, the Astros have to spend a little money to relieve themselves of the increased scrutiny from Big Brother and the misplaced cries of outrage from the more reactionary segments of the fanbase. But there are ways to add money to the payroll while not giving up players.

Jeff Luhnow sent Jordan Lyles and Brandon Barnes to the Centennial State for the Rockies outfielder. Lyles was under club control through the end of the 2017 season, Barnes through 2018. Dexter Fowler is only under contract through the end of the 2015 season. Both Lyles and Barnes have not yet reached eligibility for arbitration, while Fowler is due $7.4MM this year and will have one more year of arbitration-eligibility in 2015 before qualifying for free agency. Therein lie the real questions and perhaps some answers.

It probably makes sense to look at the players Houston gave up first.

Brandon Barnes finally lost his rookie eligibility this past season. It was his age-27 season. He was worth 1.0 fWAR and 1.7 rWAR in 136 games this past season, but his paltry .240/.289/.346 triple-slash, .283 wOBA, 76 wRC+, and 76 OPS+ show pretty clearly that his value was tied mostly to his defense. Judging by his offensive profile, Barnes is likely a fourth or fifth outfielder who should only face lefties (.350 wOBA and 122 wRC+ against LHP). It's hard to say that the Astros gave up more than a Major-League-ready bench piece in Barnes.

As for Jordan Lyles, the Astros aggressively promoted Lyles through the system while Ed Wade was still running the show, with the former supplemental first round draft pick (and BA's 42nd-ranked prospect in 2011) debuting in Houston as a 20-year-old. His performance in the Majors thus far has done nothing but call the wisdom of his rapid ascent through the minors into question. Lyles has been worth 1.4 fWAR and -2.8 rWAR in parts of three seasons since his initial call-up, sporting an ugly 5.35 ERA, a figure that has been exacerbated by a .307 BABIP and 62.9 LOB% *vomit* over those three campaigns. His 4.54 FIP, 4.23 xFIP, and 4.47 SIERA imply that perhaps he hasn't pitched as poorly as his ERA would indicate, and the Astros ranked in the bottom-third in the Majors in both Defensive Efficiency and Park-adjusted Defensive Efficiency for each of Lyles's seasons in the Bigs, further supporting an argument for anyone clamoring to be a Lyles Apologist, though one probably shouldn't ignore a LOB% that has consistently been that low. The fact that he has sported a 48.6 GB% over his short ML-career would be further food for comfort to his staunchest of supporters considering the environs to which he is heading were it not for the fact that the Rockies field arguably the worst defense in baseball. While one shouldn't buy stock in Lyles going forward in Colorado, it's hard to argue that he was a particularly valuable piece for the Astros. 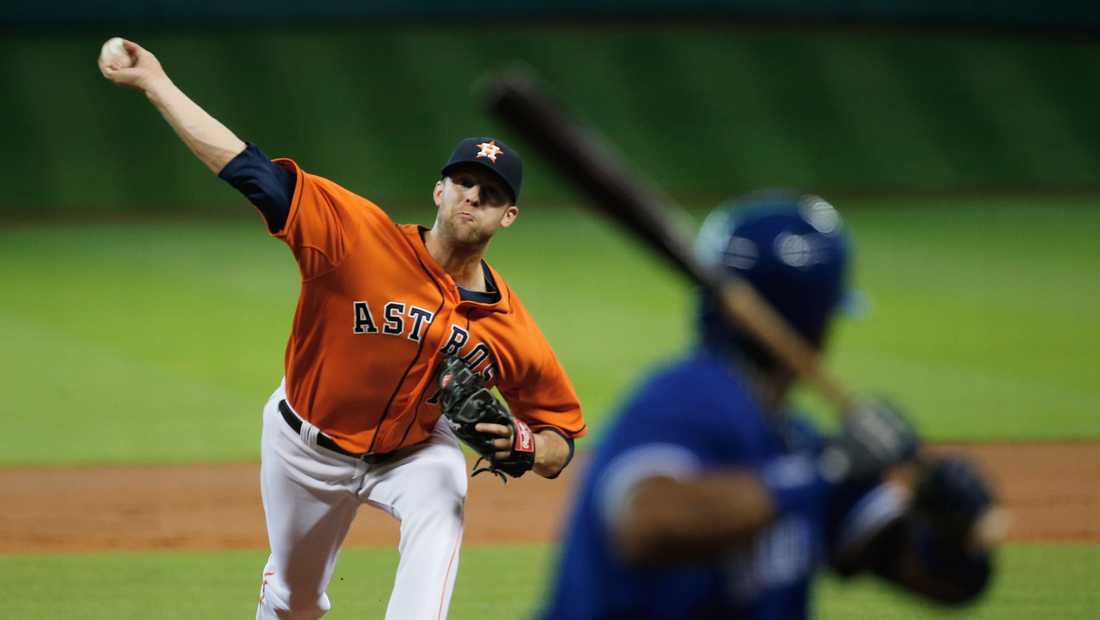 Yet Lyles just celebrated his 23rd birthday in October, and he could still figure things out, so it isn't as though the Astros simply discarded Lyles thinking him to be of as little worth as The Smashing Pumpkins bootlegs you paid $35 a pop for in those halcyon days before the internet killed CDs and made everything available for the scant price of a little piece of your soul and the time it took to track the files down on the server of your choosing. The Astros have access to much more information on Lyles than most of us could ever hope to have. If Luhnow & Co. thought that Lyles was a crucial block of the foundation upon which the success of the franchise in the future depended, they surely wouldn't have traded him for Dexter Fowler, whose Home/Road splits* read like a Neifi Perez-themed cautionary tale.

To answer that last question, it probably makes sense to look at a quote from a Luhnow radio interview from last week (transcribed in part by Evan Drellich here):

With all the technologies that’s in the ballpark these days, we have access to data that’s unbelievable. We know the exact force at which the ball comes off the bat and the trajectory that it comes off the bat, so we can kind of project it in a more neutral environment and rather than say, ‘It’s a home run, it’s an out,’ we can give it a run value based off of how hard it was hit and in which direction it was hit, and then just sort of sum it up over the course of the year and compare different players. You really get some interesting insights by doing that.

Clearly Mike Fast, Colin Wyers, et al, have a pretty good idea as to what Fowler might do while not having the luxury of playing half his games at Coors Field--still the most extreme hitter's haven in baseball in case you are new to Earth--but Fowler's production at a park roughly 5,000 feet closer to sea level could be much closer to his unappetizing road splits than the Astros' brain trust might have anticipated. Oliver and Steamer project Fowler to be worth 3.0 and 2.8 fWAR respectively, and Oliver projects Fowler's 2015 worth to be 2.9 fWAR. Of course, Oliver projects Fowler's worth at the assumption of 143 games played and 600 plate appearances (by design for the sake of comparison), and those are hardly safe assumptions given Fowler's injury history.

Still, Dexter Fowler is only set to be patrolling the outfield--one has to assume it'll be a corner, as he has no business being in center with his defensive deficiencies--through the end of the 2015 season. If the front office didn't think there was an outside chance that his production could be a difference maker when the current crop of highly talented prospects hits, starting with the immensely talented George Springer early in 2014 with guys like Carlos Correa, Mark Appel, Mike Foltynewicz, Jonathan Singleton, Lance McCullers, and Domingo Santana being possible contributors in the next two years, then why trade two players who could help in 2016 and beyond? 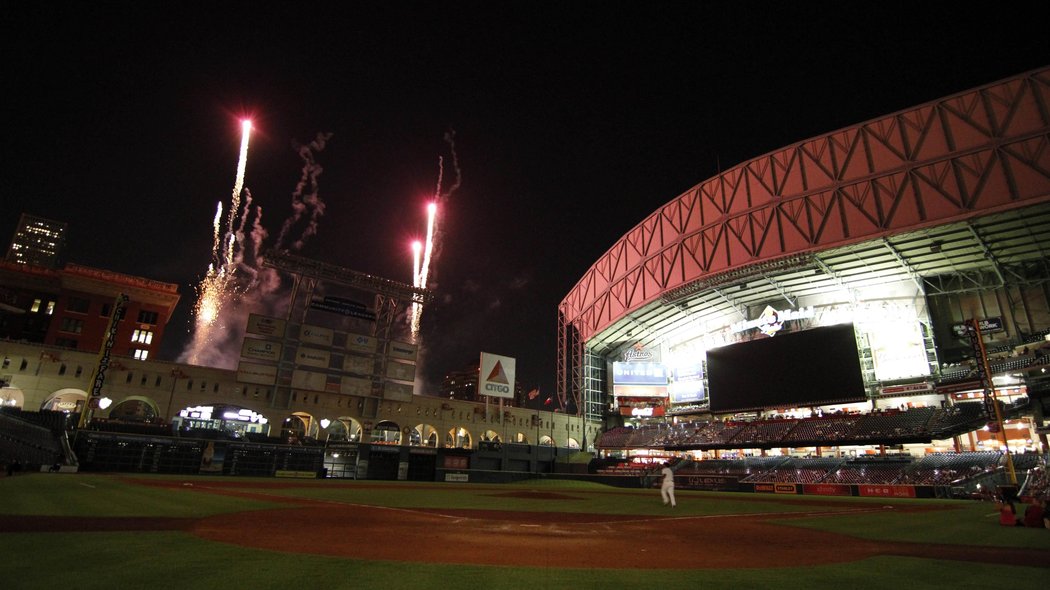 Check out our stream of all the latest trade rumors, transactions, and news for your Houston Astros. Or perish.

Why trade for a player like Fowler with his significant question marks, eating up roughly one-quarter of monies allotted for this offseason [h/t to Chris Cotillo] (barring a more timely than expected resolution to the Astros' local TV woes) and giving up players under club control well past the time that Fowler would be in town, if Luhnow hadn't determined that Fowler's help might be needed in 2015?

Is Fowler a difference-maker? Probably not, but he's an average-to-above-average player who will probably be making upwards of $17MM over the next two years, and it's hard to imagine the hitherto prudent Luhnow acquiring Fowler if he didn't think there wasn't a decent chance that the window for the Astros could/would be opening while Fowler was donning an Astros' uniform.

When combined with the signings of Feldman and Qualls, especially for the length of their deals, and the fact that Houston is a bit of a sleeping giant and should be carrying a much higher payroll (say, that of a team in a Major Market) than the one they've been sporting, it's hard not to imagine that Luhnow doesn't think the end of the dark days in H-town are nigh.