The Tigers are the latest on the Cuban shortstop's growing list of potential landing spots.

Seemingly undeterred by his current age/identity issues, the Detroit Tigers have joined the chorus of clubs interested in Cuban shortstop Aledmys Diaz, reports George Sipple of the Detroit Free Press:

There has been much speculation this off-season that the Tigers will try to obtain a shortstop with better range...

The Tigers are believed to have mild interest in Cuban defector Aledmys Diaz.

The Detroit Tigers have been looking for more range-y alternatives to veteran shortstop Jhonny Peralta all winter but have been unsuccessful in their search thus far.

The club allegedly* spent considerable time shopping right-hander Rick Porcello in their pursuit of an up-the-middle guy -- at one point working on a three-team deal that would have net J.J. Hardy from the Orioles -- but nothing ever came to fruition. 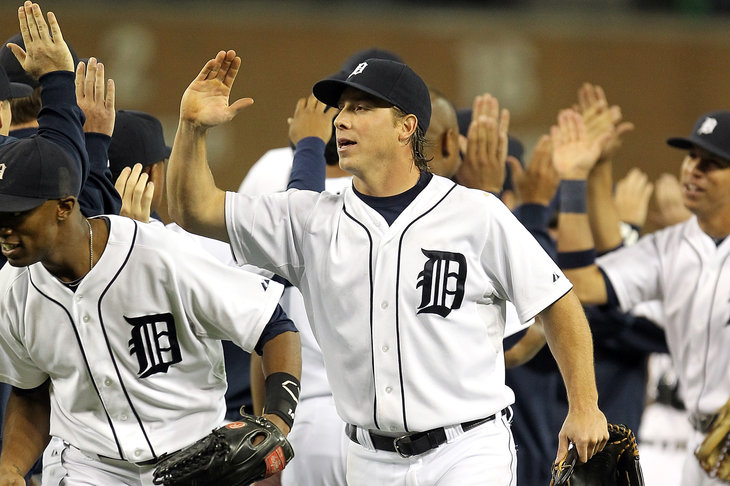 Baseball, by its very nature, is harder to pin down than other sports. But here's a moment that may have changed it all.

Diaz was garnering interest from at least ten clubs -- the A's being among them -- as his early January birthday approached, as teams were excited at the prospect of signing the young infielder without the constraints of the new CBA's international spending limits.

All Cuban defectors over the age of 23 with at least three years' experience in Cuba's pro ranks are deemed unrestricted free agents, so Diaz was expected to meet those qualifications on Jan. 8.

Word surfaced earlier this week, however, that Diaz may in fact be 22, which would mean he has a year to go before becoming an unrestricted free agent. MLB has opened an investigation into the matter, though the whole thing may well be a clerical error regarding the day/month order in which his birthdate was transcribed (1/8/90 vs. 8/1/90), according to Diaz's agent.