The Chicago White Sox have claimed first baseman Lars Anderson off waivers from the Arizona Diamondbacks.

The Chicago White Sox have claimed first baseman Lars Anderson off waivers from the Arizona Diamondbacks, the team has announced.

The Diamondbacks designated Anderson, a former top first base prospect with the Boston Red Sox, for assignment following their acquisition of Martin Prado and minor leaguers from the Atlanta Braves in the Justin Upton trade. 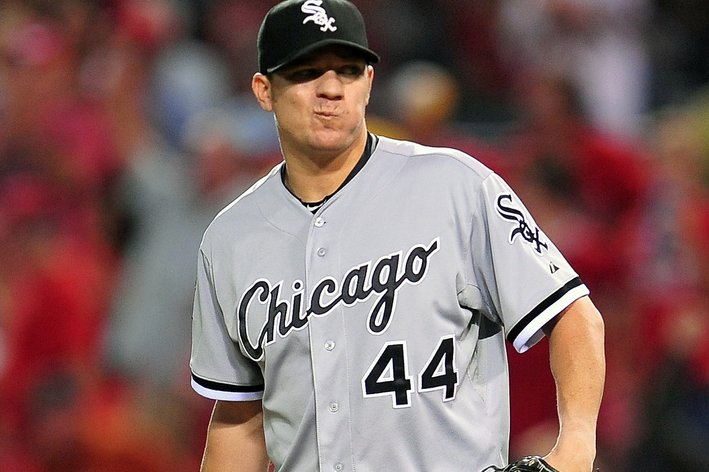 The White Sox might have folded under the stress of the pennant race, but probably not because of their attitude. - South Side Sox

Anderson didn't actually suit up for the Arizona or any of its affiliates, as he was acquired earlier this winter from the Cleveland Indians in the three-team trade that also involved the Cincinnati Reds.

The White Sox mark Anderson's fourth club since last summer, as the Indians acquired him from the Red Sox in exchange for Steven Wright at the2012 trade deadline.

Anderson appeared in six games for the Red Sox last season, collecting one hit over eight at-bats. The 25-year-old spent most of the season with the Red Sox and Indians' Triple-A affiliates, hitting .250/.353/.396 with 27 doubles and nine home runs over 396 at-bats.