Could Indians Target Lohse, Bourn Next?

The Indians have not been yet been connected to Michael Bourn or Kyle Lohse, but they could be a dark horse candidate to sign one of the two Boras clients, thanks to their protected pick.

Share All sharing options for: Could Indians Target Lohse, Bourn Next?

The Cleveland Indians have been aggressive this off-season, signing free agents Nick Swisher and Mark Reynolds and dealing Shin-Soo Choo for Drew Stubbs and Trevor Bauer in a three team blockbuster.

Now, they are well positioned to make a move for two of the top remaining free agents, center fielder Michael Bourn and pitcher Kyle Lohse, writes Paul Hoynes, of the Plain Dealer.

Unlike some of the other suitors for Lohse and Bourn, the Indians would not need to give up , their first round pick to sign either of these players, since they own a protected, top-ten pick, Hoynes notes. They have already given up their second round pick and the money allotted for that pick, thanks to their signing of Swisher.

Pitchers and Catchers Report: A Review of an Eventful Offseason 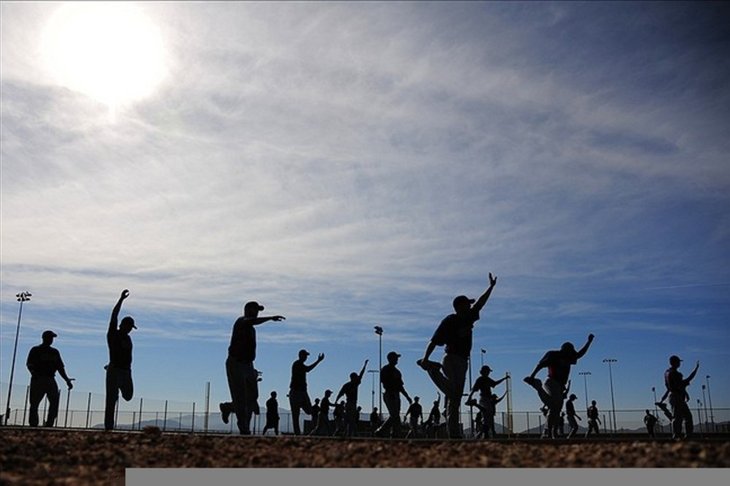 A review of the Indians' moves this winter - Let's Go Tribe

Should Cleveland sign either Bourn or Lohse, they would lose a pick between the second and third rounds that they have received as a part of the competitive balance portion of the new CBA and the money slotted for that pick, which is a far lesser burden than other teams would have to pay.

Unfortunately, the mid-market Indians may be out of money to spend this off-season after their earlier spending spree. Scott Boras represents both players and the super-agent is seeking a sizable multi-year contract for both players.

Thus far, however, teams have been reluctant to approach both Lohse and Bourn, in large part because of the draft pick compensation costs. For this reason, it is very possible that the price for one of these two would fall into a range that Indians, with their protected pick, would consider a bargain.

Lohse would fit their needs better than Bourn, since the Indians rotation was a major weakness in 2012, with the third worst starters’ ERA in baseball. Lohse pitched 211 innings with a 2.86 ERA for the Cardinals last year. No Indians starter threw as many innings or posted an ERA under 4.00 in at least 100 innings last season.