The Boston Red Sox have a mission plan laid out: Be far less terrible this year. That requires adding players and depth while avoiding controversy. We'll see how long the team can handle the latter part.

Remember when the Boston Red Sox had supplanted the New York Yankees as the kings of the American League East? What happened with that? We know what happened, actually.

The Red Sox ate their way to fried chicken hell, fired their way to Bobby Valentine as a manager, and traded their way to a near replacement level club. That'll usually do it. Now, the Red Sox are completely re-tooling. They've added a new manager, replaced players, continue to look for depth, and they've fought off controversy. Here's your Red Sox round-up:

We all know about Mike Napoli's hip issues. He could fall apart at any moment apparently. With that in mind, the Red Sox may be interested in further insurance at first base. Napoli is expected to be eased into the every day lineup and may take some turns as the team's DH, but in case something goes horribly wrong, the Red Sox need contingency plans. One such plan may be adding Mike Carp.

The Seattle Mariners DFA'd Carp leading to speculation that Boston could be interested. Carp is just 26 years old and has shown flashes of being the type of player that could earn an every day gig somewhere. Unfortunately, he has also done things like hit .189 and .213 in individual seasons. Overall, Carp is a .255/.327/.413 hitter. He could be a nice replacement if something were to happen to Napoli. He would also provide options if the team simply wants to give Napoli days off.

As if the Biogenesis scandal was not enough (Boston did not have any players tied to the scandal), Major League Baseball was hit with two recent PED-related controversies out of Boston. The first one is a closed case. The league and the Red Sox have already thoroughly investigated Curt Schilling's claims that the team asked him to use PEDs. The second one will take a little more digging. 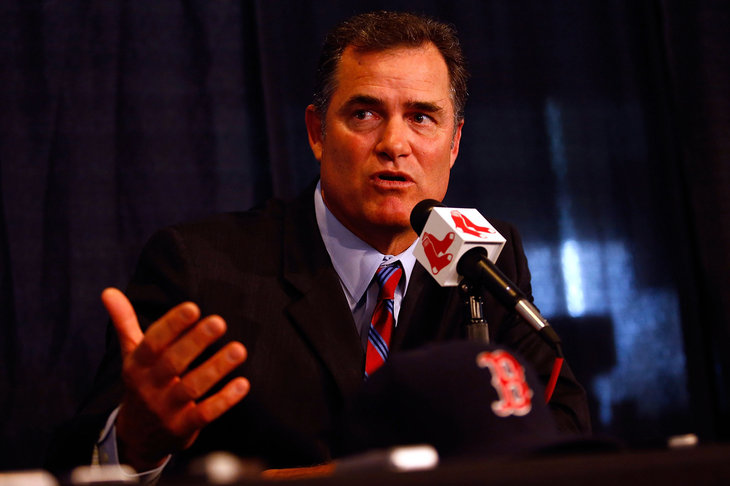 The Red Sox aren't quitting Toradol, but they do want to make sure their players are using it appropriately - Over The Monster

Jonathan Papelbon admitted to being injected by Toradol while playing with the Red Sox.

He says he and teammates (he believes) were routinely injected with the drug, which is legal but often misused. That's the concern MLB has - the misuse.

The drug is an anti-inflammatory but is considered by many to have side affects that the medical community wants to avoid. In fact, many countries have banned the use of Toradol. Some consider it a glorified Advil, but it could be the next drug to end up on the banned substance list.

From the Ground Up

To avoid another embarrassing season like 2012, the Red Sox have been busy this offseason. They've added Napoli, fired Bobby Valentine, hired John Farrell, and made numerous minor moves. And they aren't done yet. The team as mentioned above with the Carp rumor, is still looking to add some depth.

Boston struggled in all aspects of the game last year. Their pitching was abysmal at times. Their hitting was non-existent. They trotted out minor league players disguised as Major Leaguers in many games. All of this must be corrected. So the process can be long, but even though spring training games are just around the corner, the team may not be done.

Outside of free agency and trades, the Red Sox are looking to add talent internationally. Almost every club has international camps designed to find and cultivate young talent on the cheap. The Red Sox are no exception and hope their program can yield impressive results. If the team can't rely on outside help, they will need to lean heavily on their veterans. This includes Jon Lester who had a down year last season but hopes to bounce back this season.