Tyler Flowers must bloom for the White Sox to win

The only token of an offseason characterized by lassitude and inactivity is a backup catcher promoted into a role for which he might not ever be ready.

Share All sharing options for: Tyler Flowers must bloom for the White Sox to win

I have been cruel to Tyler Flowers. I have told anyone who will listen that the White Sox have made a mistake by not signing a free agent or making a trade for a better backstop. I have insisted that no one draft Flowers for their fantasy team, and I shuddered when someone offered to give me a bouquet of (Tyler) Flowers for Valentine's Day.

What started as an innocent ribbing has grown into full-blown harassment that if this were elementary school would have me spending recess repeatedly writing, "I will not taunt Tyler Flowers" on the chalkboard while a disapproving nun hovers nearby. Fortunately, as adults we aren't forced to apologize, so I won't... but I imagine it's going to be a little awkward if I run into him in the clubhouse this season. Instead of apologizing, I'll say just one thing: It's nothing personal, Tyler, it's just that you're emblematic of a team's misspent winter.

There's a song by the Talking Heads that came up when I was discussing this article with my editor (that's not unusual for us; we transition from box scores to boxed sets pretty seamlessly, breaking down Josh Hamilton's hitting mechanics and in the next breath talking about what sort of guitar Joe Strummer played), (Nothing But) Flowers. If you're unfamiliar with the tune, it's a tale that is essentially polar opposite of Joni Mitchell's Big Yellow Taxi.

Instead of paving paradise and puttin' up parking lots, front-man David Byrne sings about tearing down Pizza Huts and shopping malls and replacing them with flowers. The idea of devolution was the opposite of what you'd have expected in 1988, when the wild was being replaced by sprawl and development. Tyler Flowers shares more than a name with the song: The White Sox are undergoing their own backward evolution, but in this case, the juxtaposition is more nerve-racking than cute. 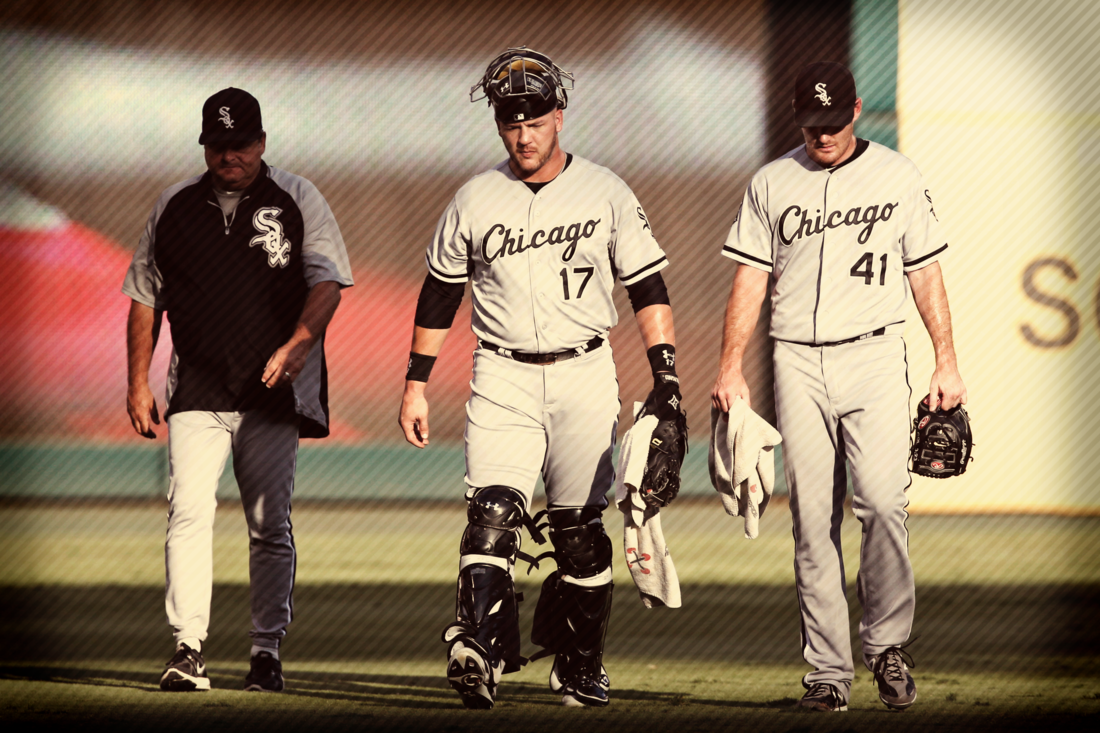 The White Sox didn't make a lot of moves this offseason. They shored up the rotation by exercising their option on Gavin Floyd and inking a two-year deal with Jake Peavy. If their rotation is healthy, it's top-two in the AL Central, so that's positive, but it wasn't matched by activity on the offensive side. They chose to let Kevin Youkilis and A.J. Pierzynski walk away to the Yankees and Rangers, respectively, and aside from adding Jeff Keppinger to help with the infield duties they actually went backwards in addressing their biggest offensive problems, on-base percentage and consistency.

The White Sox got lucky with their offense last season. They were built for power, a hangover from Ozzieball, even though its namesake manager was long gone.

The White Sox got lucky with their offense last season. They were built for power, a hangover from Ozzieball, even though its namesake manager was long gone. Projected to be merely good, for the bulk of the season they were great, with Alex Rios, Paul Konerko, Adam Dunn, and Pierzynski all reaching their upsides.

That sort of over-achievement couldn't last a full season, and it didn't: By September the offense was struggling, giving a preview of the low on-base percentage and lack of speed that could be in store in 2013.

It would be naive to expect a repeat performance from their core players. Rios has a history of being streaky, Konerko will be 37 before the season begins, the ghost of Dunn's abysmal 2011 still lingers, and Gordon Beckham has been in a 300-game slump. Yet, instead of making changes, the White Sox are praying for the upside again this season, opting to add Keppinger and expand Flowers while retaining low-OBP types like Beckham and Dayan Viciedo as regulars.

The organization claims to see potential in that lineup as they count the extra $19 million in their pockets from not signing Youkilis and Pierzynski, and that's the crux of my dissatisfaction: the White Sox should have made improvements in the offseason, but instead gave their fans (nothing but) Flowers. 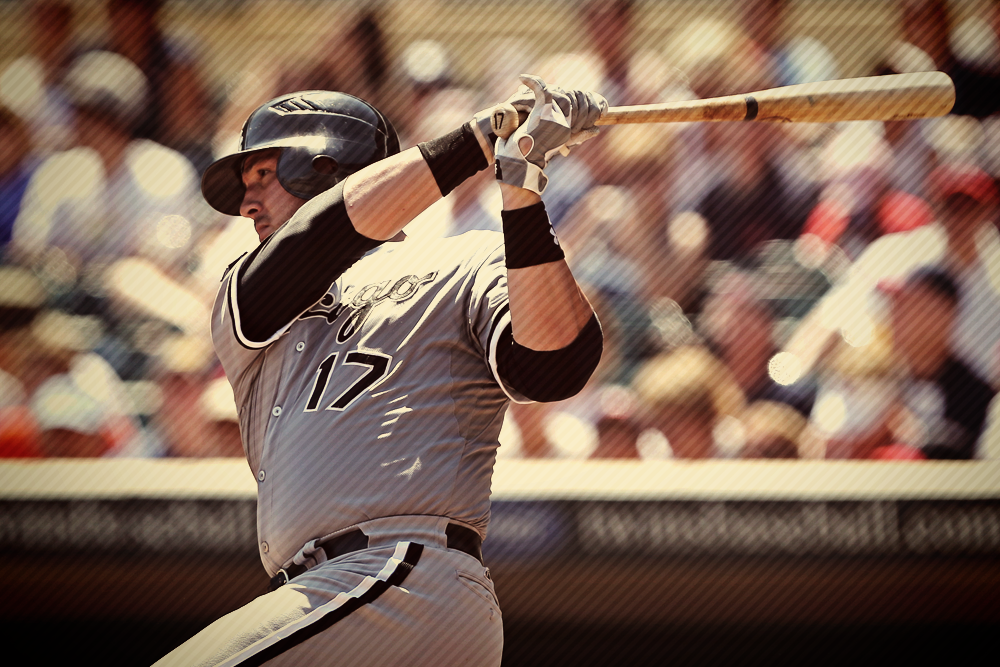 The White Sox had a known quantity in Pierzynski. After eight seasons on the Southside, it's was clear what he brought to the table besides attitude and frosted tips. Last season's "Most Hated Player in Baseball," Pierzynski is best characterized as being akin to a hockey goon: No one wants to admit that they like him because of his gruff and sometimes deceitful style of play, but if he were wearing your team's colors you'd root for him.

Pierzynski has never been the best catcher in the league, and considering he averaged just 1.2 rWAR during his tenure with the Sox, retaining him would hardly have fixed the offense, but he did have value. According to a study by former Baseball Prospectus analyst Mike Fast, Pierzynski is an above-average catcher when it came to pitch-framing, saving on about three runs per season on average, and while his caught-stealing percentage isn't great (24 percent), he is by all accounts one of the more knowledgeable catchers in the league.

Pierzynski's offense spiked in 2012. He hit .279/.326/.501 with 27 home runs, and that almost certainly won't be replicated this season given his age, but even with a little bit of regression most of the foregoing will still be true: He's good with the pitching staff, can still start 120-plus games, has a power stroke and is a good contact hitter. Much like the Talking Heads song, the White Sox have traded their microwave for nuts and berries, going back to the basics with an unknown catcher.

Flowers seems to have analysts and onlookers divided into two camps: Those who think that with consistent playing time he will learn to hit major-league pitching quickly, and those who think the White Sox are insane for entrusting the bulk of their defensive innings to a backup catcher while lacking any semblance of depth at the position. It has taken Flowers six seasons to secure a starting job in the majors, so he has a relatively large sample of minor-league plate appearances (2233). In compiling them, he showed offensive promise and plate discipline, hitting .275/.391/.484 over six seasons and set a record for most walks in a single season (98) with the Myrtle Beach Pelicans in 2008.

But even though he raked in the minors, he has hit just .205/.307/.388 in 317 major-league plate appearances, showing not only a decrease in power, but also a lack of patience that has led him to strike out a whopping 34 percent of the time. The White Sox wanted to remove some of the guesswork about Flowers' abilities last season by giving him more opportunities to play, but Pierzynski played so well they couldn't risk removing his bat from the lineup long enough for Flowers to bloom.*

*No, I'm not sorry for that pun one bit. 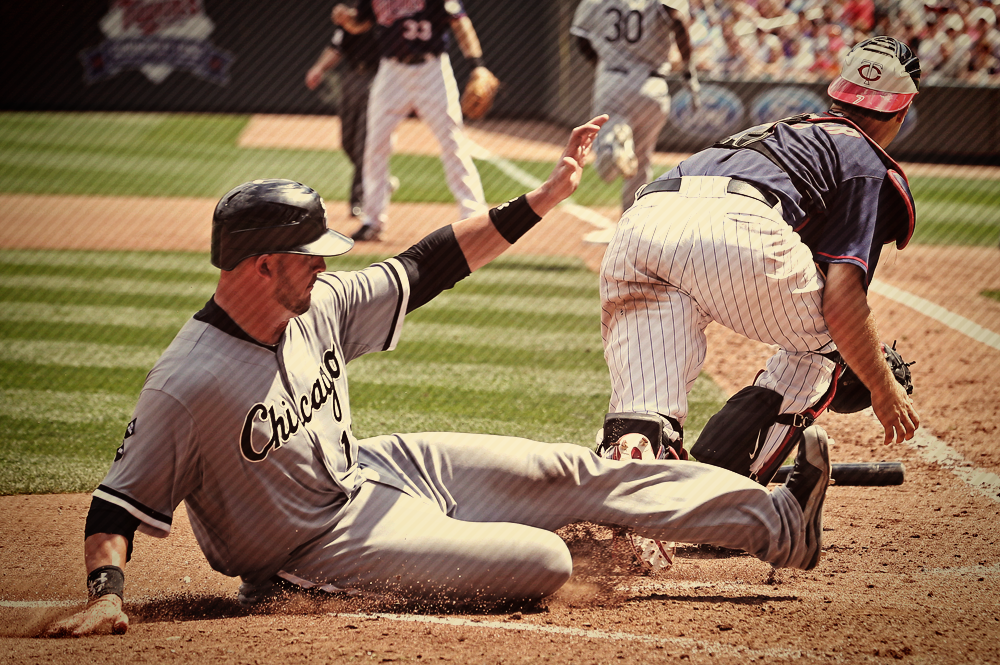 So far this spring, Flowers seems to be doing everything right. He has spent the past two offseasons improving his approach at the plate, he reported to camp 10 days early this season, and he's been working on not just building rapport with the pitchers, but also fixing things like firming up his targets behind the plate. Even though I am one of his more vocal hecklers (perhaps there's a piece of me hoping that some tough love will help), I wouldn't be surprised if Flowers pieces together a respectable offensive season. PECOTA projects that he will hit .221/.333/.411 with 17 home runs, which not only doesn't seem too farfetched, but is also livable given the average major-league backstop hit .248/.318/.400 last season. 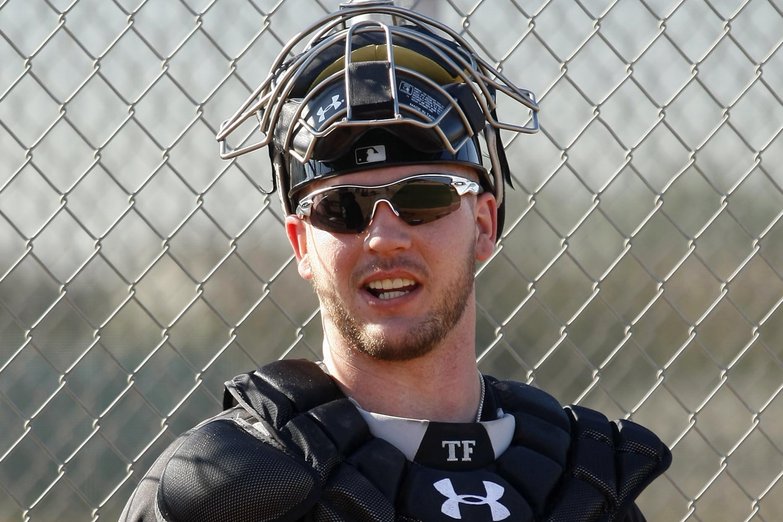 Yet, there's still one more thing working against his value versus Pierzynski's: Flowers bats righty in a division that only has two or three starting left-handed pitchers (there's potentially a few more, depending on who ends up in the Twins' rotation). In the absence of Pierzynski, the White Sox only have two lefties that will be in the lineup nightly (Dunn and De Aza) and given this is a team that could use any offensive leverage imaginable, this could be another area where the Sox will look back and wish they had done more.

The White Sox picked Flowers (that's another pun), and like all baseball moves, while there's a chance that he blossoms (I'll stop, I swear) into an everyday catcher who can be better than league average, there's a calculated risk any time there's a decision made to take the cheaper, undefined option. There's little room for error considering the club's only ready depth at the position is a frequently-injured and often lackluster Hector Gimenez and "prospect" Josh Phegley, who hits for average and has patience, but by most accounts is one of the worst defensive catchers around and shouldn't be considered even a short-term option.

Flowers could be the future at the position for the White Sox, but he's been sent out there without a safety net. And if he has a monster season? Well, I'll eat crow and admit that sometimes I can be very wrong in predicting player outcomes. Nonetheless, even if Flowers turns out to be a quality starting catcher, the White Sox will have gambled and won at just a single position; it might not be enough to save them from their lethargic offseason. 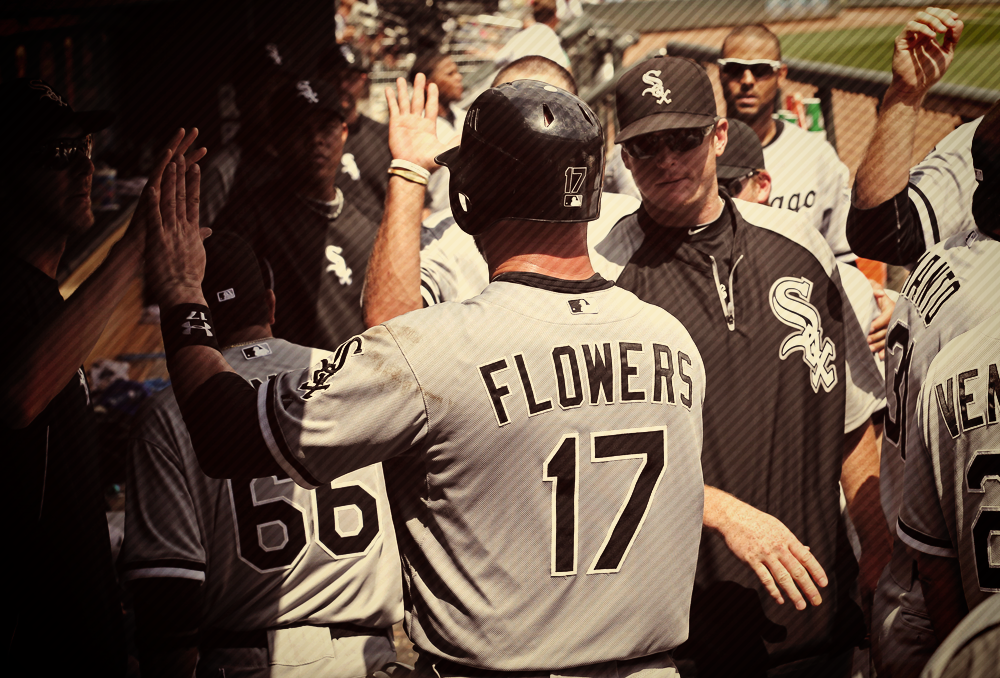