The Yankees lost Russell Martin and passed on David Ross, A.J. Pierzynski, and Geovany Soto, but GM Brain Cashman has no regrets. He is not looking beyond the team's internal options even if he admits they will lose some offense.

The Yankees watched this off-season as catcher Russell Martin departed for , sparking criticism and questions about their new payroll restrictions. GM Brian Cashman decided to stick to internal options and give Francisco Cervelli, Chris Stewart, Bobby Wilson, and Austin Romine the nod.

Cashman is still confident with that strategy, even if it mean less offensive production, Nick Cafardo of the Boston Globe reports:

"We’re not looking for catching. We just know our offensive production at that position isn’t going to be as good as in the past."

Cervelli is the likely starter this season after spending the majority of 2012 in , largely because he is out of options. He is a significant downgrade from Martin at the plate, with a .271/.339/.353 batting line in his 563 career plate appearances, but he is a far better option than Stewart.

Austin Romine could be the best option on offense, but he is the one of the three that still has options and he has just 86 plate appearance at the level. 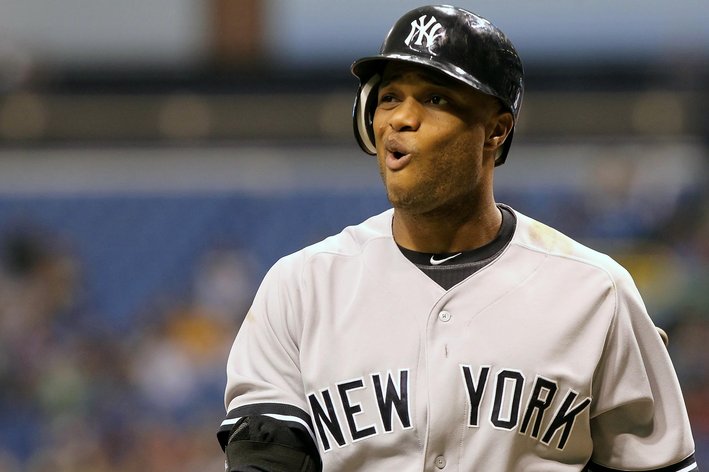 New York owner Hal Steinbrenner has indicated that his club is willing to "consider a significant long-term contract" for second baseman Robinson Cano.

Cashman was at least optimistic about their prospects on the other side of the ball. "Defensively, no problem," he said.

The Yankees have a history of downplaying their interest in players just before making a big, but this off-season things seem very different in the .

It would not be a shock of swung a trade to add a more offensive-minded backstop in the coming weeks, but Cashman is not about to appear desperate in this matter. The Yankees can certainly afford a little less offense after finishing second in the American League in runs scored with 804 last year.

Still, after years of Jorge Posada and then Russell Martin, can the Yankees really live with Francisco Cervelli, catcher on their card everyday?