It was another busy weekend in the world of baseball news. With spring training games underway and teams trying to fill out their rosters, the rumors didn't quit. And neither did the injuries.

One of the most interesting things I find about spring training is something simple. It hasn't changed much over the years. The parks have gotten bigger, more luxurious. The number of teams have increased. But the practices, the drills, the learning, and the games have remained the same for decades.

For anyone who has been lucky enough to go visit spring training sites, you know this. Going to a game during the spring is like taking a trip back through baseball history. You can almost see Willie Mays and Jackie Robinson and Ted Williams and Mickey Mantle among the players whose names we never knew. All of which were simply getting ready for a baseball season. Just the same as you see Josh Hamilton and Justin Verlander and Robinson Cano among the rookies trying to make a name for themselves. It's great to have baseball back.

Here are your late lunch links, a wrap-up of weekend news: 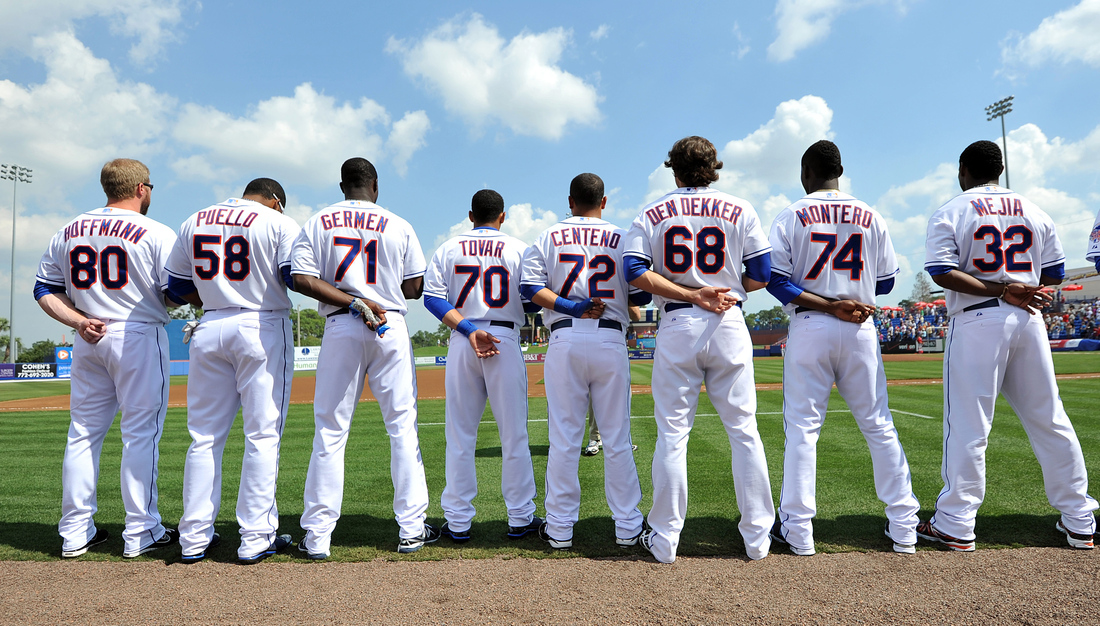 The Highs and Lows of Queens

The New York Mets are out of bankruptcy and ready to rebuild themselves into a club New Yorkers can be proud of. It's true, not every New Yorker is a Yankees fan. The Mets have won the hearts of millions, but those fans have been waiting for this team to recover for years now. They are taking baby steps in the right direction, but they have to avoid injuries.

Pedro Feliciano had a health scare on Saturday. He was shut down indefinitely with an irregular heartbeat. Feliciano was later diagnosed with a small hole in his heart. The condition is non life-threatening, and the left-handed reliever should be able to resume playing baseball soon. There are ways to medically manage such a condition. Feliciano has not pitched in the Majors since 2010, so he was fighting for a bullpen spot this spring.

Zack Wheeler is on the exact opposite end of the spectrum. He is healthy and quickly rising through the Mets organization. He was solid in his first spring performance on Saturday, but he still may start the season at Triple-A. Wheeler is one of the best prospects in all of baseball, but the Mets do not want to rush him along. He performed well in Double-A and Triple-A last year, but he likely needs more time in the minors. It's still possible that he breaks camp on the Major League roster, though. 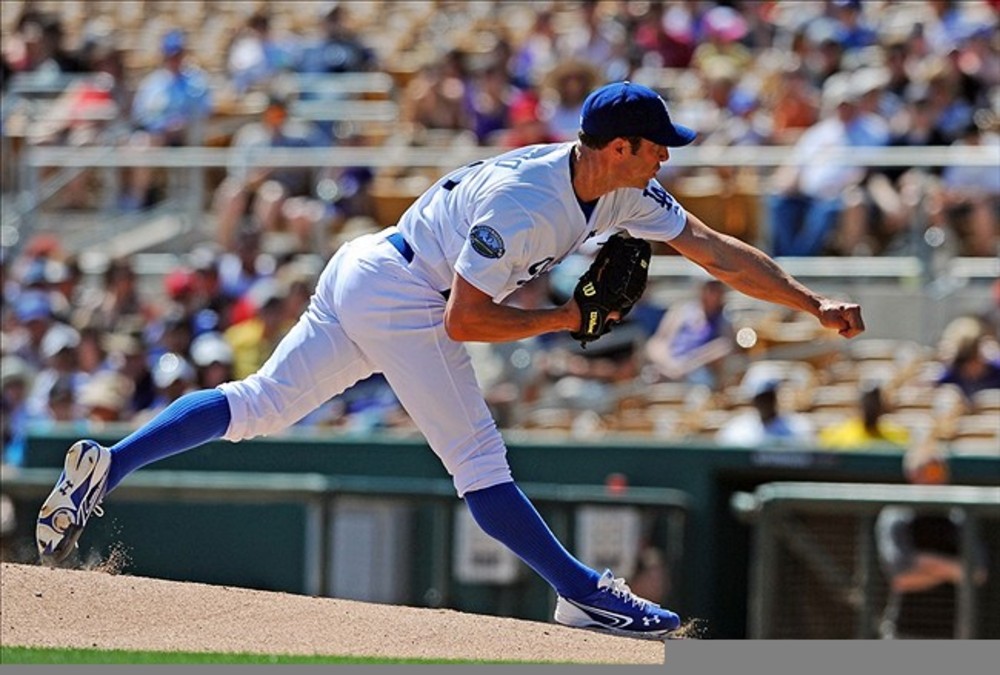 It's not exactly a wife swap, but can be just as fun (I don't know what this means). Trades within the National League West are not unheard of. The Los Angeles Dodgers have made deals with the Padres and the Giants and just about everyone else. The game has evolved to a point where the Rockies can trade their star closer to a division opponent for cash and not feel bad about it. I'm not sure if that's a good thing or a bad thing.

The Dodgers are currently shopping Chris Capuano. It's not clear how active the team is in looking for a suitor, but considering the abundance of pitching, the Dodgers need to do something. The Rockies have indicated a need for another starter, so they might be a fit. However, Capuano may be slightly too rich for the Rockies' blood at $6 million.

If the Rockies were to pull off a deal for Capuano, they would have to decide how long they intend to keep him. There is a mutual option attached to Capuano's contract, so if the Rockies do not want him beyond this year, they would be paying the $6 million salary plus $1 million buyout.

Just because spring training has started doesn't mean teams stop looking to improve their rosters. The Philadelphia Phillies and the Toronto Blue Jays proved that yesterday. As the clubs were busy playing their first spring games, the front offices were talking. They were hammering out the details of an early spring trade.

Yesterday, the Phillies traded Michael Schwimer to the Blue Jays for Art Charles. The deal could benefit both sides, but it could also do nothing for both sides. Schwimer is a reliever who has not had much success in the Majors yet. Charles has not made it past Single-A yet. He could eventually be a replacement for Ryan Howard, but that seems to be a long shot at this point.

Schwimer actually has two years of Major League experience under his belt, but he has an ERA well over 4.00. Charles has some upside, but he has yet to show it in the minors. Don't expect either of these players to have a huge impact on their respective clubs going forward. 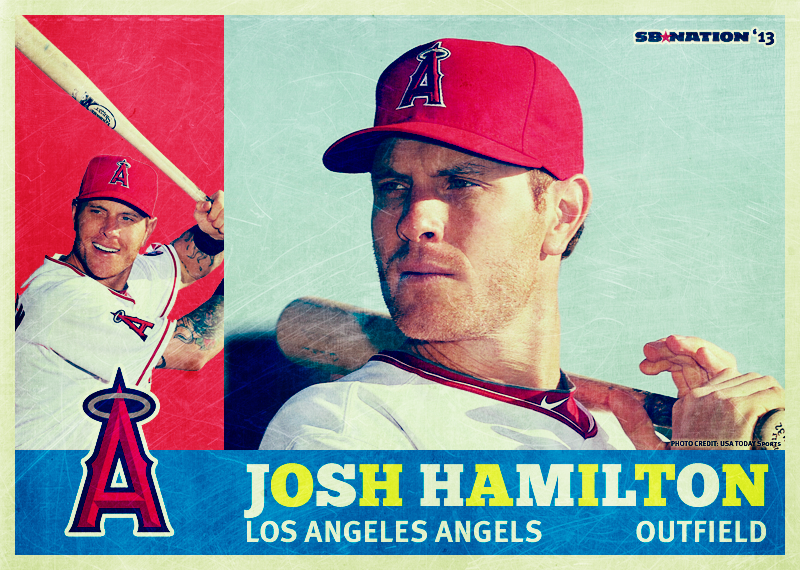 The two go hand in hand, right? With every pack of new baseball cards, instead of a stick of bubble gum, you'll find a vial of HgH. Actually, baseball cards and PEDs have nothing to do with each other, I just felt like lumping them in the same category.

While the art of collecting cards has diminished over the years, people still find enjoyment from ripping open that first pack of a new season or finding that garage sale bargain. Before you decide to toss out those old card (or those new cards), take a look inside. You might find something exciting, something rare, or something just plain weird. Baseball cards!

Oh, and Gio Gonzalez passed a drug test. He obviously didn't take any PEDs. We can move on now. Nothing to see here MLB investigators.