Curtis Granderson injury: Broken arm, out until May

A bad break for the New York Yankees: they lost a prominent piece of their outfield. Curtis Granderson suffered a broken forearm on Sunday.

Share All sharing options for: Curtis Granderson injury: Broken arm, out until May

Yankees left fielder Curtis Granderson suffered an injury Sunday that resulted in a broken arm and is not expected to be back on the field until May. Wallace Matthews of ESPN New York says the injury occurred in Granderson's first spring training at-bat. He was hit by a pitch and had to leave the game for tests.

Unfortunately, those tests showed a fracture to Granderson's right forearm. The initial reports were that Granderson suffered a bruised forearm, but the Yankees wouldn't be so lucky. They can now add Granderson to the 60-day DL alongside Alex Rodriguez.

Granderson was just getting ready to start his new assignment in left field as the Yankees tested Brett Gardner in center, but now that experiment will have to wait until May.

The injury is going to be a big blow to New York, which is already dealing with a recovering Derek Jeter and the loss of Rodriguez. Rodriguez may not play at all this season. 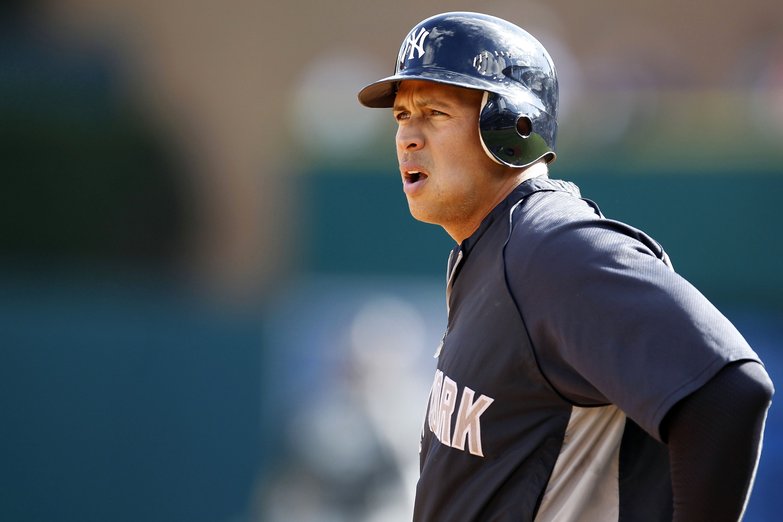 Granderson has been a big-time power threat in the middle of the Yankees' lineup. Last season, he hit a career-high 43 home runs after hitting a previous high of 41 home runs in 2011.

Granderson is entering the final year of his contract with the Yankees, and depending on how he bounces back from this injury, he could cost himself some money in free agency or with the Yankees if he re-signs.

In his career, Granderson has hit .262/.341/.492. He is a three-time All-Star and has finished in the top-ten of MVP voting twice. It is not yet clear who the Yankees will use to replace Granderson once the season begins, but they are surely scrambling to figure that out as we speak.