Manny Ramirez has reached a verbal agreement with the EDA Rhinos of the China Professional League.

Manny Ramirez has reached a verbal agreement with the EDA Rhinos of the China Professional League, according to Enrique Rojas of ESPN Deportes. While Manny has an agreement in place with the Rhinos, it won't actually be completed until March 7. The veteran has until that date to strike a deal with a major league club.

It was reported earlier this month that Ramirez was in talks to play for the Rhinos. He hoped to continue his playing career after a successful stint in the Dominican Winter League, and he said he was willing to consider taking his talents overseas if he didn't receive interest from MLB teams.

The Art of the Rain Delay: Come for the baseball, stay for the Revolutionary War reenactment 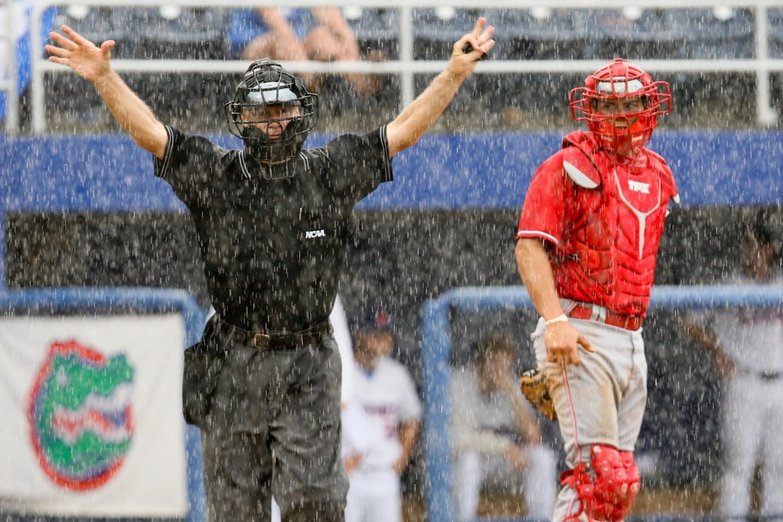 His impressive level of production continued into the playoffs, leading the slugger to pursue a comeback.

Ramirez last appeared in the majors with the Tampa Bay Rays in 2011. He announced his retirement from baseball five games into the season after it was reported that he had tested positive for a banned substance.

Ramirez ultimately elected to give the game another shot last offseason, and he was eventually signed by the Oakland Athletics. After serving his suspension, Manny was released by the A's before playing a single game above the minors.