Before the Rays and Royals finalized their trade, there was a potential 3-team deal in the works involving the Rays, Rangers and Diamondbacks.

The Tampa Bay Rays traded James Shields and Wade Davis to the Kansas City Royals for a bevy of prospects this winter. But before that deal was completed, the Royals almost lost out on Shields and Davis, as there was a potential three-team deal in the works involving the Rays, Texas Rangers and Arizona Diamondbacks, according to Ken Rosenthal of FOX Sports.

The night before the Rays and Royals finalized their agreement that sent Shields and Davis to KC for Wil Myers, Jake Odorizzi, Mike Montgomery and Patrick Leonard, another trade was nearly completed. 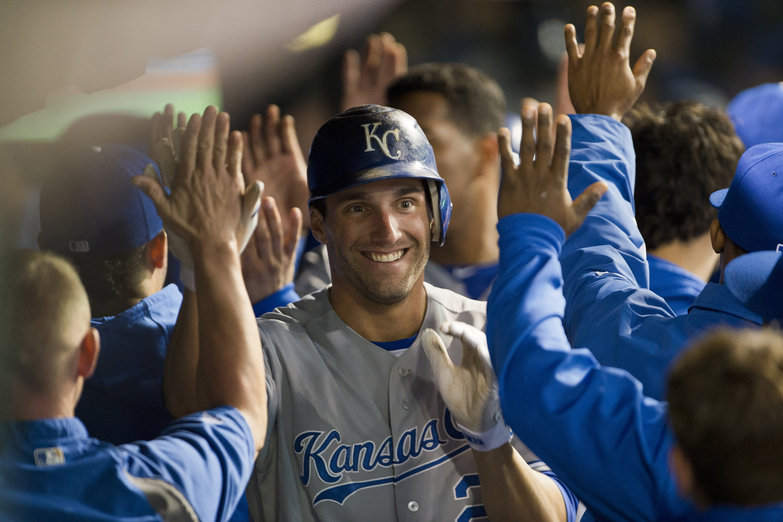 "I thought it could happen. The rumors were out there. GOOD rumors. I knew it could happen. I believed GMDM was capable of something like this. And then it DID happen. Here's what the world said immediately after the biggest catastrophe since the Royals."

The Royals didn't nearly lose Shields to the Detroit Tigers, the other team that was reportedly pursuing the right-hander.

Instead, Rosenthal reports the proposed trade would have sent Shields and Davis to Arizona, outfielder Justin Upton to the Rangers and a package of prospects to the Rays.

It remains unclear why the deal was never finalized, according to Rosenthal, but the next day Arizona signed free agent right-hander Brandon McCarthy to a two-year, $15.5 million contract.

Ultimately the Royals acquired Shields and Davis, the Tigers re-signed Anibal Sanchez, the Diamondbacks shipped Upton to the Atlanta Braves, and the Rangers wound up inking A.J. Pierzynski and Lance Berkman.