Shaun Marcum's been removed from the Mets' rotation, while Daniel Murphy is just over a week from returning.

The New York Mets have experienced several injury- or conditioning-related setbacks this spring, and you can now add right-hander Shaun Marcum to the list. Meanwhile, second baseman Daniel Murphy is a little over a week away from getting back into a spring training lineup.

More Mets: What to expect from Lucas Duda

Marcum has been temporarily removed from the Mets' Grapefruit League rotation, but it's not due to an injury. Instead, manager Terry Collins told reporters, including Anthony DiComo of MLB.com, that the right-hander wants to concentrate of a long-toss program that is designed to strengthen his shoulder. 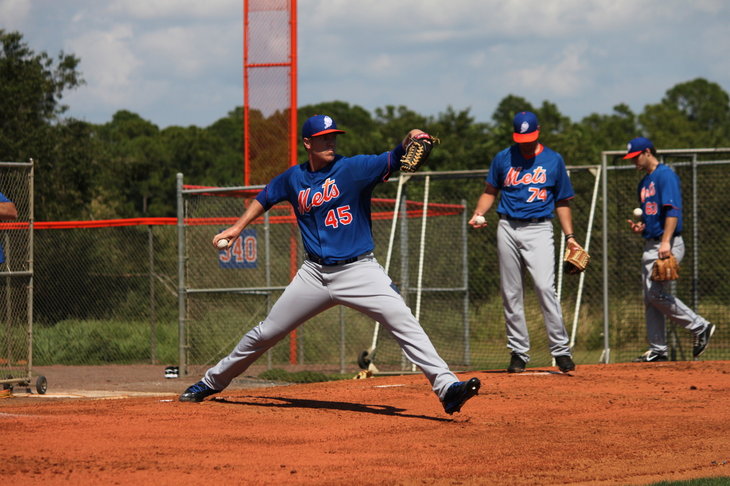 Heard this: Noah Syndergaard talked with Toby Hyde about his developing curveball, and John Sickels also weighed in on the Texan's breaker.

Marcum's shoulder gave him issues last spring, and he and New York are hoping to avoid a repeat this year. Fellow starter Johan Santana has also been held back for non-injury-related reasons, as the Mets continue to take precautions with their veteran arms.

New York signed Marcum to a one-year, $4 million contract this offseason. The 31-year-old maintained an ERA of 3.70 over 21 starts for the Milwaukee Brewers last year, and he owns a career mark of 3.76 over seven seasons in the majors.

Murphy has been sidelined for the past week after straining his intercostal muscle, and Collins says the second baseman is seven to 10 days from getting back into the lineup. The skipper told reporters, including Adam Rubin of ESPN New York, that Murphy should begin swinging a bat in the next couple of days.

Murphy received a cortisone injection in New York on Feb. 19 to help alleviate the discomfort he's experiencing in his side. The 27-year-old hit .291/.332/.403 with 40 doubles over 612 plate appearances for the Mets last season.