Baseball's new CBA has established a new system for the draft and for free agent compensation, but will these new rules produce some unintended consequences?

In economics, unintended consequences are a pervasive problem, often undermining the best of intentions. Baseball is far from immune to this problem.
With each new collective bargaining agreement in baseball, the MLBPA and the commissioner’s office create a new set of rules governing free agency, the draft and other important issues facing the game (like drug testing) with certain intentions and each time, the new CBA yields some very unintended consequences. You can bet that as soon as the new agreement was signed, people at every front office and every player’s agency were hard at work, digging through the legalese to see what loopholes could be exploited.

Why Michael Bourn Makes Sense For The Mets 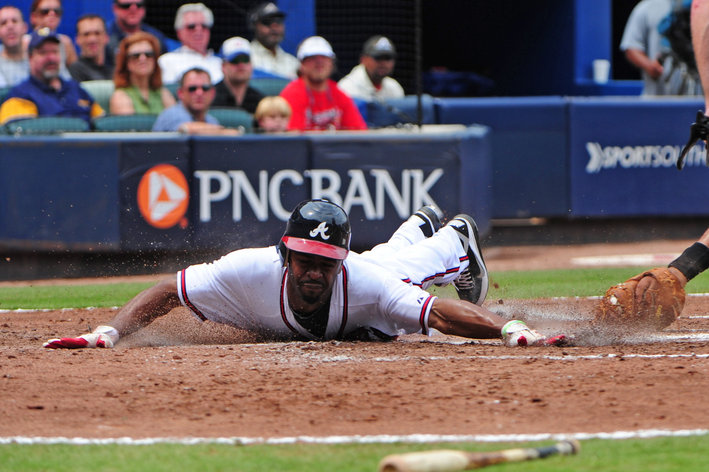 Michael Bourn isn't without his flaws, but without a true center fielder anywhere near the big leagues, he'd be a good fit for the Mets this year and beyond.
Under the old CBA, the free agent compensation system was brutally exploited by a number of teams who used last minute trade deadline deals to stock up on draft picks.
The system was intended to improve parity in the league. It would punish the wealthier teams for stealing free agents away from smaller markets by handicapping them in the draft. Instead, it lead to a flurry of trade deadline acquisitions aimed as much at securing draft picks as building up teams for the stretch run.
In one extreme example, the Boston Red Sox acquired Felipe Lopez solely because he was likely to be a type-B free agent, netting them an extra draft pick (he was never signed to a major league deal, however, so Boston did not get a pick). Unintentionally, the compensation rules were a boon to wealthier teams that would scoop up expensive free-agents-to-be just to recoup the draft picks.
The new CBA has done away with the antiquated Elias rating system and eliminated many of the opportunities for the abuses of the past, but the latest agreement will almost certainly produce its own set of unintended consequences. The latest saga of Michael Bourn and the New York Mets may be our first glimpse at what those consequences might be.
The Mets' interest in Michael Bourn seemed to hinge largely on whether or not they would lose their first round draft pick (the 11th pick) in signing the free agent center fielder. Bourn became a free agent after he rejected the Braves one year "qualified" offer and under the new rules, only those free agents who are tendered such an offer require the signing team to forfeit a draft pick. For a team with a top ten pick, the first round pick is protected and they forfeit a second round pick instead, all other teams lose their first round pick. The Mets appeared to be willing to sacrifice a second round pick, but not their first round pick. Other teams have also indicated the same reluctance with respect to signing Bourn and fellow free agent and Scott Boras client, Kyle Lohse, who will also cost teams a draft pick.
The least a team with an unprotected pick might lose is around $1.6M.
With the new slotting system, the loss of a draft pick costs teams money they could spend in the draft. Each team is given a certain pool of cash that they can spend in the draft based on the number of picks and where they fall. The Mets 11th pick, the most valuable unprotected pick is going to be allotted approximately $2.6M based on last year’s slots. The Mets lose the ability to spend that money if they sign a qualified free agent. The least a team with an unprotected pick might lose is around $1.6M. Of course, the team actually saves that money because they are prohibited from spending it, but teams want to spend that money on the young talent available in the draft because it offers a potential surplus in value.
While the current CBA is still very new and we can’t be too precise in assigning value to certain picks, a great deal of excellent work has been done on the value of draft picks and we can build some estimates based on that. Looking at Victor Wang’s extremely influential work on value draft pick compensation under the old CBA and Nate Silver’s work on the value of draft picks allows us to put some numbers to that value.
Based on Silver’s work and adjusting for inflation (at 5%, which is approximately the current rate of salary inflation in MLB salaries), the value of a protected pick in the top 10 is approximately $18.9M before considering the average cost of a top ten pick at $4.1M, for a surplus value of approximately $14.8M. At the next tier, picks 10-30, the average surplus value is around $9.765M minus an average cost of approximately $2.035M for a value of $7.73M after paying the signing bonus. The value of a second round draft pick paid as compensation in place of the protected first round pick down to somewhere around $3M.
These averages are far from perfect and they do not account for the sliding scale nature of draft value. Both the cost and the prospective value go down as the picks fall later in the draft. However, accounting difficulties aside, one thing is clear; the compensation rules now create a massive discrepancy between the value of the 10th pick in the draft and the picks immediately after. As the last protected pick, the 10th pick in the draft allows teams to sign a qualified free agent while sacrificing a value of close to $3M in draft value, whereas the very next pick can only sign that same free agent if they are willing to sacrifice a draft pick that is worth somewhere between $14.8M and $7.73M.

Is Mets' Interest in Michael Bourn all for show? 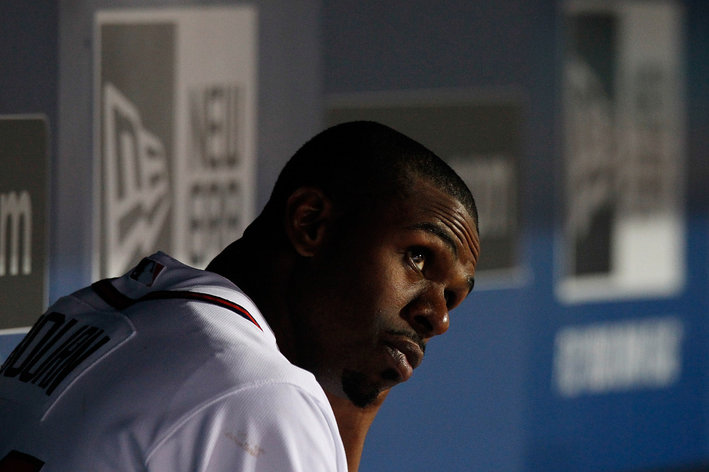 The Mets have come out of nowhere to jump in the lead in the bidding for Michael Bourn, but is their interest genuine or is it just for show?
Looking at the values this way, a few possible unintended consequences stand out. As we have already seen with the Mets and Michael Bourn, teams that are high in the draft but outside of the protected range have the most to lose in signing a qualified free agent. This may result in teams that need free agent help to rebuild shunning qualified free agents because of the cost in draft value. That is a pretty simple assumption and we are likely seeing it already. There is a more disturbing perverse incentive here, however.
The major difference in value between pick 10 and picks 11 or 12 may actually inspire a race to the bottom. A team that is out of contention stands gain far more by losing a few extra games to secure the 10th pick then they would by winning those extra games and finishing 11th or 12th in the standings, especially if they are looking to sign a potential qualified free agent. This could spur teams to risk bigger sell-offs (as the Red Sox did with their massive trade with the Dodgers) or for teams to play more and more inexperienced players during September call-ups as they try to lose bigger.
Another unintended consequence that may result from these rules is that qualified free agents may become more likely to sign with the best teams in the league, since at picks 25-30, these teams are losing closer to the second round pick value than teams with a pick near the top ten. There is already some evidence of this with the Nationals signing of Rafael Soriano. Sacrificing a first round pick certainly means less to them than it would have to the Mets.
Finally, those free agents who reject qualified offers are finding the market for their services greatly impacted by this system. Bourn was arguably the best free agent center fielder on the market and yet, he has still not received an offer. Other free agents are certainly going to pick up on this and many more could accept qualified offers as a result.
The new CBA has done a lot of things right and it is still far too early to know all of the ramifications it will have for the sport. However, it is certainly going to have some consequences that were not part of the design. This first offseason provides a glimpse of what they might be.