The New York Mets are likely done adding to their bullpen, but are they still eyeing Michael Bourn and Daisuke Matsuzaka?

The New York Mets are nearing a deal with free agent Brandon Lyon, and the right-hander is likely to be the final addition to the team's bullpen. However, New York appears to be serious in their pursuit of free agent Michael Bourn, according to Anthony DiComo of MLB.com, while Nick Cafardo reports they may not be as interested in Daisuke Matsuzaka.

Prior to their reported agreement with Lyon, the Mets had been tied to several relievers recently, including Jose Valverde, Brian Wilson and even Francisco Rodriguez. General manager Sandy Alderson is reportedly not comfortable with the team's closer situation, specifically Frank Francisco. 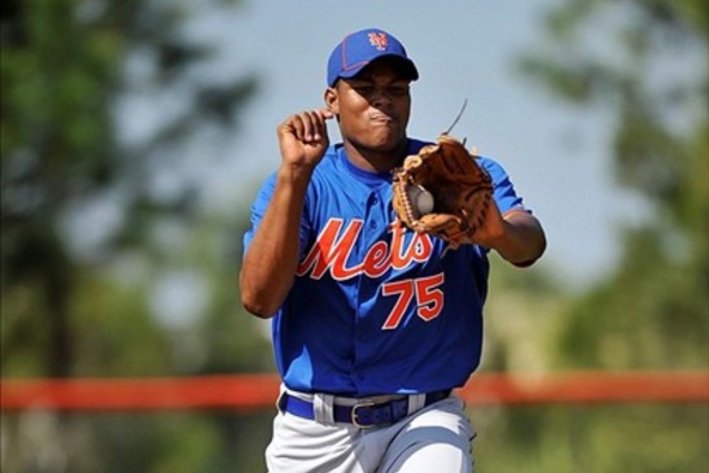 Sandy Alderson provided an update on the roles of two of the Mets' young pitchers.

While Alderson's likely done adding to his ‘pen, DiComo says the GM sounds serious about pursuing Bourn. New York has been tied to the free agent recently, but they aren't interested in providing him with the five guaranteed years he's reportedly seeking.

The top remaining player on the open market and his agent, Scott Boras, may be willing to ink a shorter-term contract if it includes a clause that allows him to opt-out and hit free agency again next offseason.

Beyond the money, the Mets don't want to surrender their first-round draft choice to sign Bourn. Everything considered, New York would appear to be a longshot to sign Bourn, but they'll likely continue to be tied to the center fielder until he signs elsewhere.

The Mets have also been one of the teams tied to free agent right-hander Daisuke Matsuzaka. However, Cafardo spoke with a team official who told him that New York has "no interest" in the former Boston Red Sox starter.