Hoping to continue his professional career, Manny Ramirez is talking to the EDA Rhinos of the Taiwanese professional league.

Manny Ramirez is in talks to continue his professional career, but it isn't with a Major League Baseball team. Ramirez is talking to the EDA Rhinos of the Taiwanese professional league, according to Jon Paul Morosi of FOX Sports:

Manny Ramirez is in talks to play for the EDA Rhinos of the Taiwanese professional league, a source told me this morning.

Ramirez played in the Dominican Winter League during the offseason, hitting .293/.360/.434 with four home runs over 25 games. His went on to perform even better in the playoffs, prompting the 40-year-old to announce his desire to continue his MLB career.

Ramirez last appeared in the majors with the Tampa Bay Rays in 2011. Following a putrid start to the season, Ramirez announced his retirement from baseball after being informed of his failed test for performance-enhancing drugs.

But Ramirez couldn't handle calling it career, as he signed with the Oakland Athletics last offseason. He was forced to serve his 50-game suspension, and when he ultimately became eligible to be added to the A's roster the team instead opted to leave him in the minors. This caused Ramirez to ask for his release, a request Oakland granted. 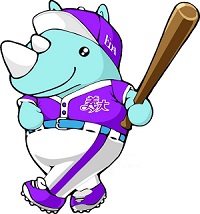