Chris Carpenter out for 2013; considering retirement

Cardinals right-hander Chris Carpenter may call it quits for good with his latest setback.

Share All sharing options for: Chris Carpenter out for 2013; considering retirement

Veteran right-hander Chris Carpenter is "very unlikely" to pitch for the St. Louis Cardinals during the 2013 season due to suffering setbacks during his offseason throwing program, the team has announced. Because of the lingering injury issues, Carpenter is considering retirement, according to Derrick Goold of The St. Louis Post-Dispatch.

Cardinals general manager John Mozeliak told reporters, including Danny Knobler of CBS Sports, that due to continued discomfort Carpenter can no longer throw. 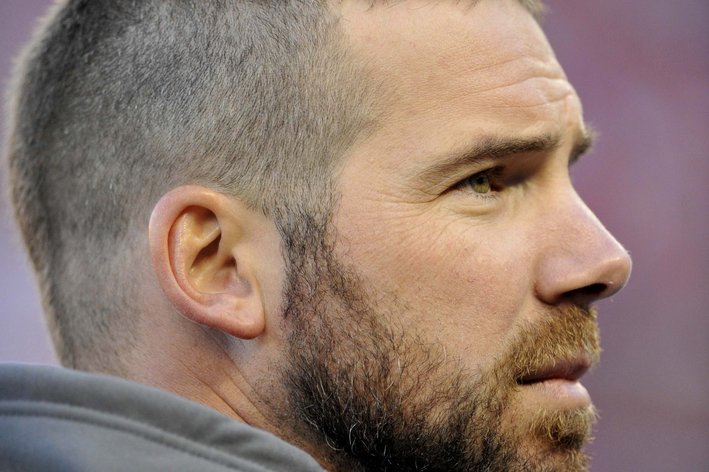 Carpenter only appeared in three regular season games for the Cardinals last year before being sidelined due to a shoulder injury. He was able to return for the playoffs, making three more starts for St. Louis.

Last summer, Carpenter underwent surgery to release pressure on nerves in his right shoulder. The ailment was diagnosed as thoracic outlet syndrome, and following the procedure there was no guarantee that he'd be able to continue his playing career.

Carpenter began his throwing routine earlier than normal this offseason, beginning the process in January. At that time he said he would consider retirement if he experienced another setback or significant injury.

While losing a pitcher with a track record of Carpenter always hurts, the Cardinals survived the 2012 season without him and have the pitching depth to do the same this year. Their rotation is headlined by Adam Wainwright, Jaime Garcia, Jake Westbrook and Lance Lynn, and top prospects Trevor Rosenthal and Shelby Miller are likely to compete for the No. 5 spot.