Spring Training invariably brings us a few heated competitions for key roles and starting spots. Here we break down some of the major position battles playing out in big league camps this year.

After more than three months of tinkering with their rosters, most teams enter spring training pretty close to locked in. A few bench players and middle relievers might vie for the final spots but beyond that, the plan is set and in place. There are exceptions however. Sometimes a team decides they need to make their decision on one or two everyday spots over the course of a few dozen exhibition games down South.

Here is a rundown of the best position battles taking place this exhibition season. 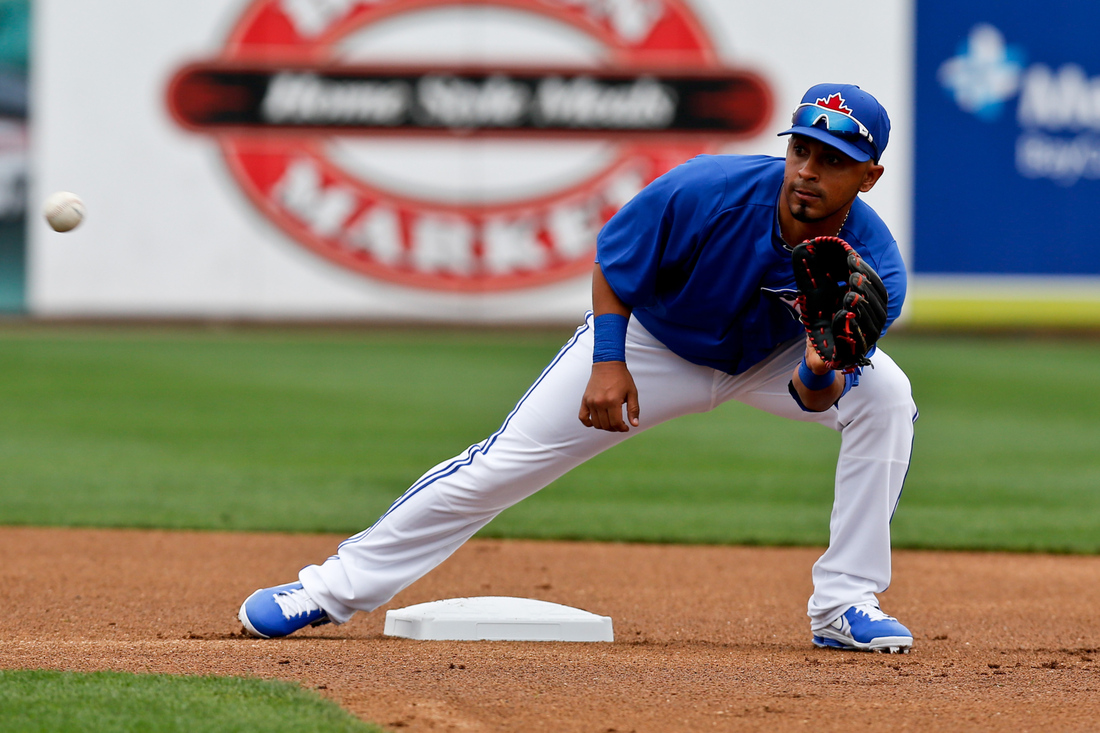 Even after acquiring a significant chunk of the National League East in trade, the Blue Jays haven't figured out who is the best fit at second.

Izturis has been the better hitter over his career with a .273/.337/.381 batting line against Bonifacio's .267/.329/.343 but he is older as well and he has shown signs of decline at the plate over the past three seasons. His biggest advantage is his experience at second, however.

Bonifacio has been a utility man his entire career and has played less than a third of the innings Izturis has. Defensive metrics Ultimate Zone Rating (UZR), Defensive Runs Saved (DRS) and Total Zone (TZ) all like Izturis' glove, while Bonifacio's gets mixed reviews. 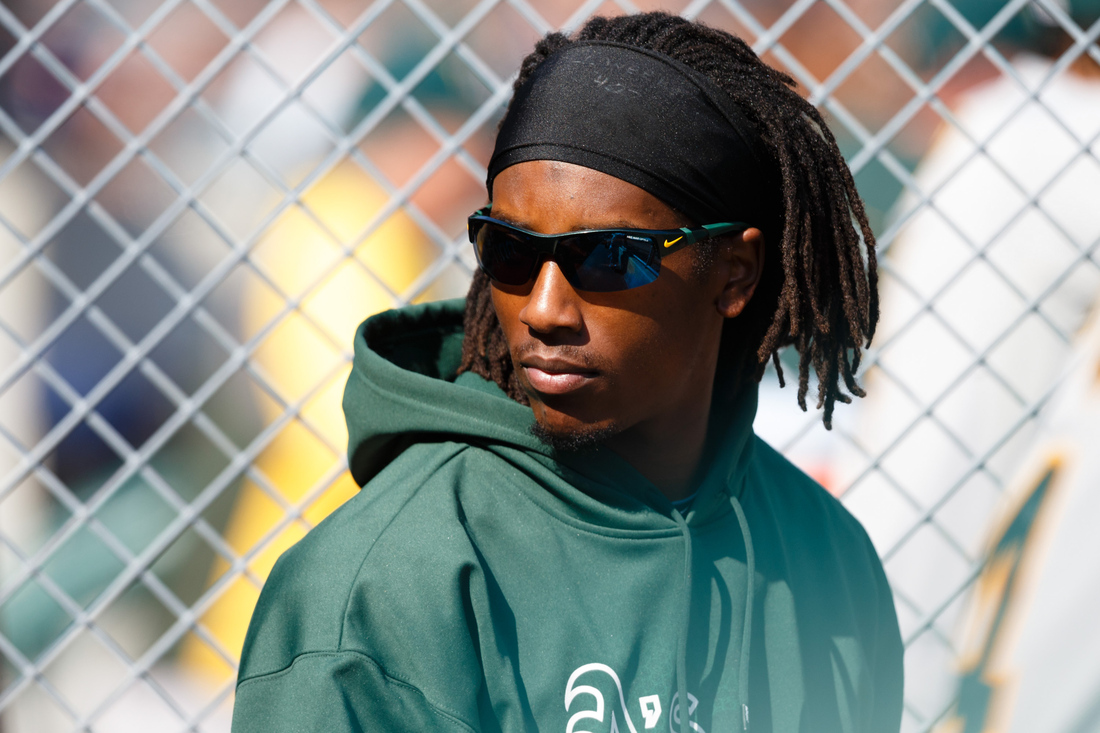 Jemile Weeks was the Athletics first round draft pick in 2008 and he torn things up on his way up the minor-league ladder, but his sophomore slump in 2012 has left the position just sitting there for Scott Sizemore to take.

Sizemore was slated to play third for Oakland last season but he missed the entire year with a torn ACL. He did show promise as a rookie 2011, however, with a .245/.342/.399 line in 429 plate appearances between Detroit and Oakland.

Weeks has more speed and better contact ability but Sizemore has the edge in power and patience, which Oakland typically values more. This one is very close and the decision may come down defense.

Neither has impressed any of the metrics, but Weeks is the more experienced of the two. Shortstops Hiro Nakajima and Jed Lowrie can both play second as well, complicating matter even more. Weeks has the highest ceiling and Oakland is very invested in him, but he will have to earn the job. 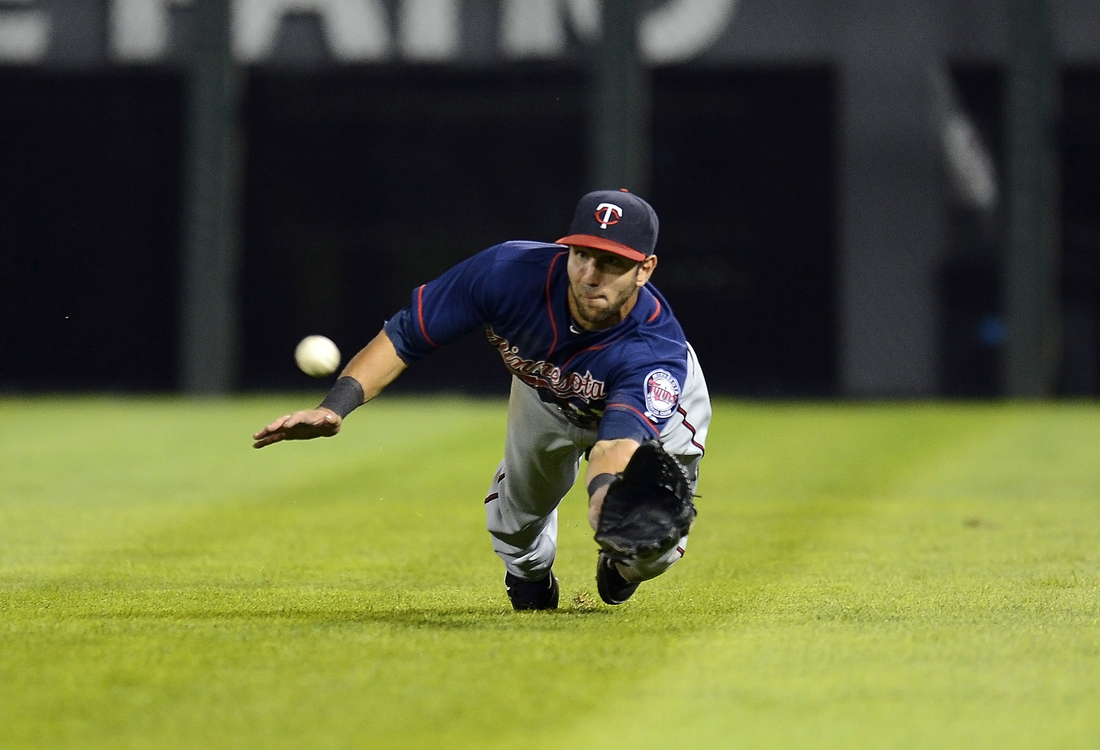 It isn't often that a team trades away two capable starting centerfielders in one off-season, but the Twins have managed it. To build the Twins next great rotation, Denard Span went to the Nationals, Ben Revere went to the Philles and centerfield now goes to the player to be named this spring.

Mastroianni got some big league experience last season with Minnesota, hitting .252/.328/.350 in 186 plate appearances and playing strong defense. He has speed, patience and a good glove, but his contact skills have yet to adapt to major league pitching.

Hicks is the sixth best prospect in the Twins system according to Baseball America and he raked at AA last season, but he has yet to play at any level above that. Benson is the dark horse here, especially after a forgettable call up in 2011 and a woeful 2012 season in the minors, but with Hicks in need of development time and Mastroianni dealing with a hamstring issue, he could surprise us. 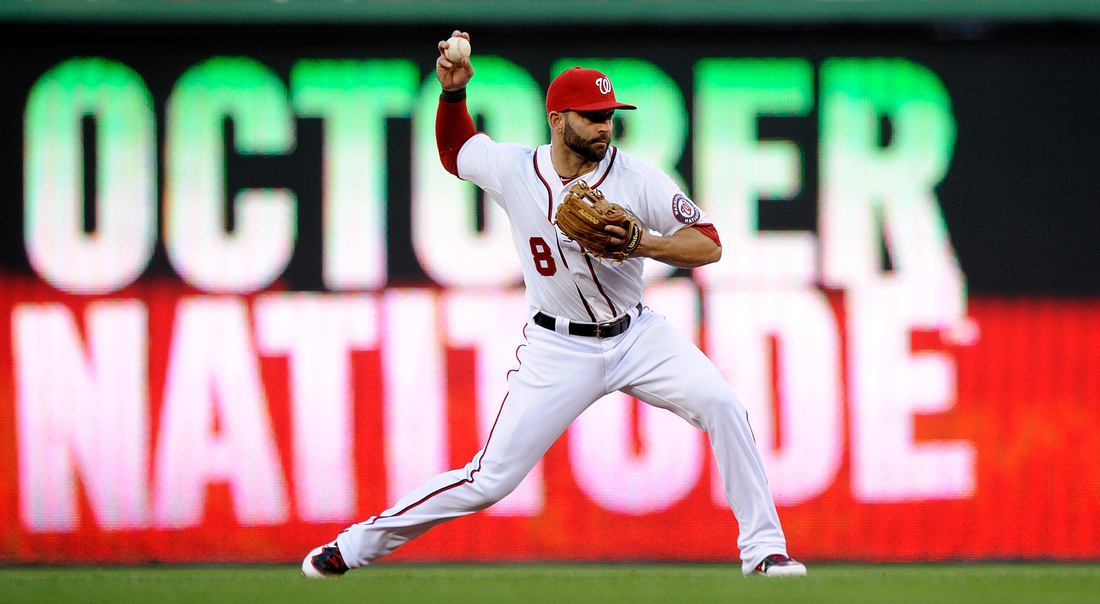 If it was not for the threat of a shoulder injury derailing Danny Espinosa this season, it would be surprising to see the Nationals making this position available to Lomdardozzi.

As the batting lines suggest, Lombardozzi is much better at making contact, but he lacks Espinosa's discipline at the plate and his power. However, Espinosa does strike out a ton, whiffing 27% of the time on his career. That may be frustrating some Nationals personnel.

Lombardozzi might not whiff much, but he also doesn't hit the ball very hard or draw many walks, so he has actually been less productive despite those extra balls in play. Espinosa is going to try to play through the injury, but Washington will be keeping a close eye on him this spring to see if it is affecting his game. 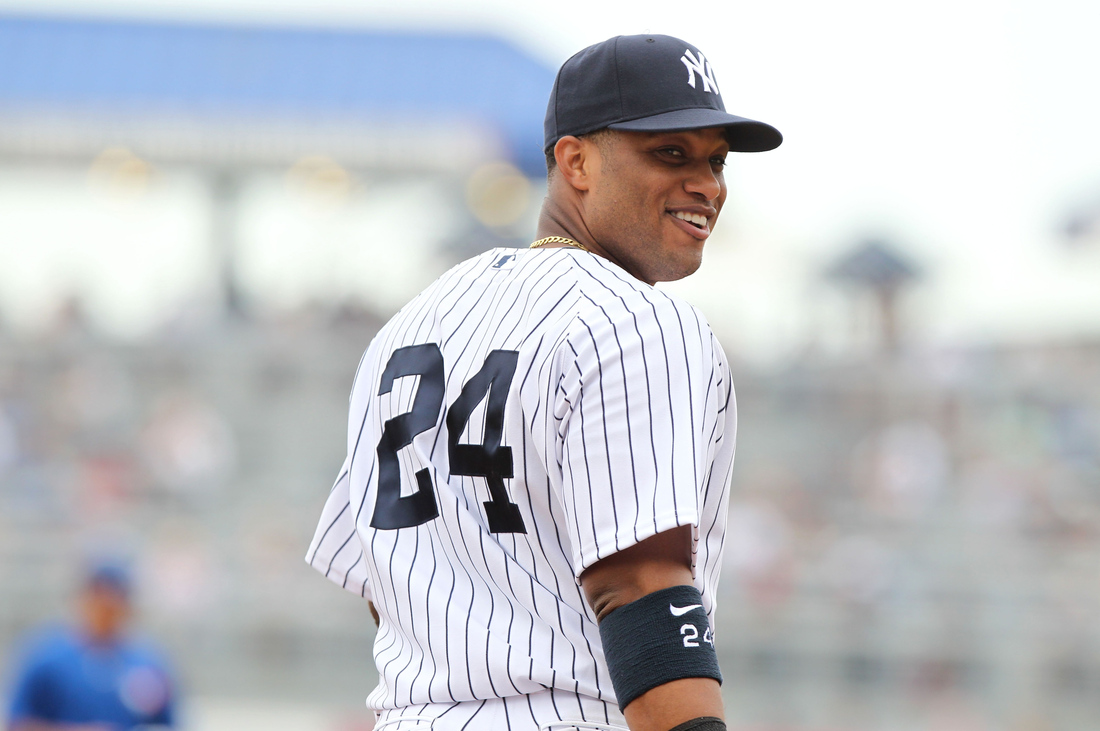 There is an interesting subtext to New York's catching competition thanks to the research of Mike Fast and Dan Turkenkopf on the effect of pitch framing. The Rays were at the forefront of this new trend last season, when they acquired Jose Molina- the top pitch framer according to Fast- and the Yankees followed their lead by making Stewart the backup to Russell Martin last year.

According to Fast, Stewart excels at pitch framing, while Cervelli is among the bottom third of catchers. However, Stewart pushes the limits of what qualifies as an acceptable bat at the major league level, even for a catcher. In 394 career plate appearance, he has hit .217/.281/.302.

Cervelli isn't exactly Johnny Bench, but he has shown the ability to be something close to an average major league hitter and his career .271/.339/.353 is far beyond what Stewart could hope to contribute.

Austin Romine has slipped in the Yankees prospect rankings recently after a disappointing 2012, but he could match Cervelli's production in the batter's box, so if the Yankees feel his glove is ready, he could surprise people. Cervelli's lack of options probably ensures a AAA start for Romine, however. 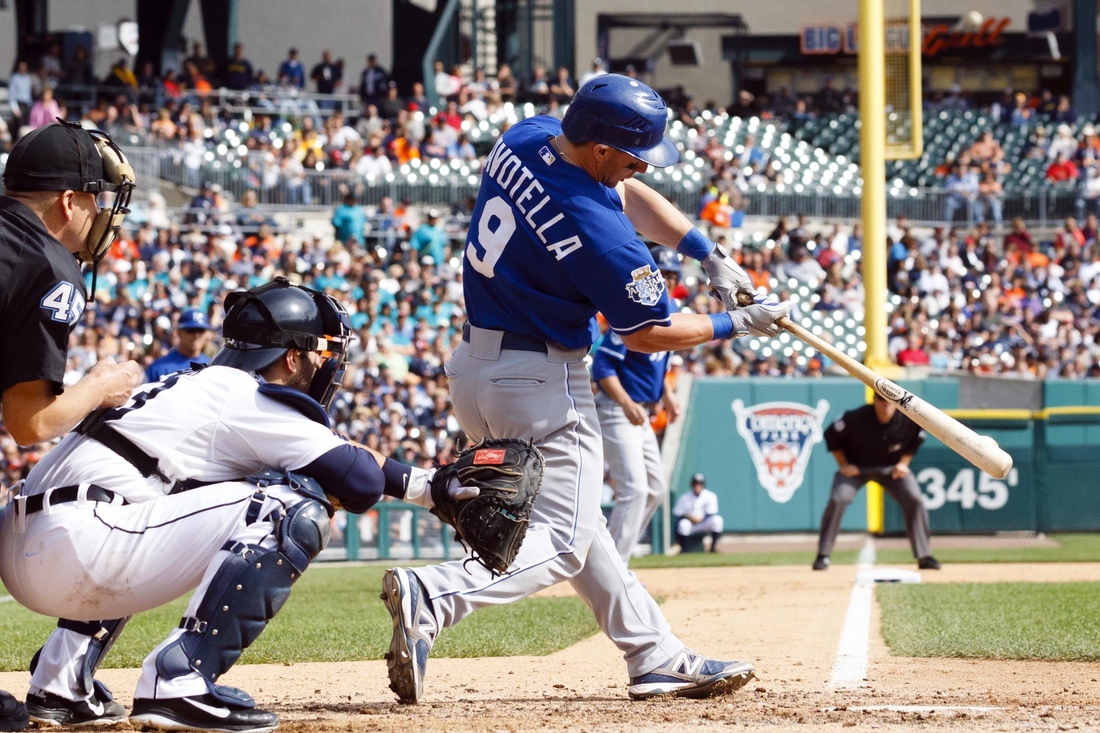 Giavotella was rumored to be the starter going into camp last season, but the job fell to Getz initially and he began the season strong, hitting .308/.341/.436 in April before trailing off and running into a nasty string of injuries.

Giavotella didn't exactly secure himself a starting spot in his time filling in for Getz last year, struggling his way to a .238/.270/.304 line in 189 plate appearances. In the minors, Giavotella has shown an excellent eye at the plate and plus contact ability but neither skill has translated to the majors at this point.

On defense, Getz probably has the edge, despite being pretty mediocre. Throughout his development Giavotella has been knocked for his defensive shortcomings. If Kansas City is truly hoping to contend, Getz is a stretch as starter, but until Giavotella does something to show the Royals he can adapt to big league pitching, he isn't going to beat out anyone.