Share All sharing options for: Carl Crawford injury: Dodgers OF shut down

The Los Angeles Dodgers have announced that outfielder Carl Crawford is experiencing minor nerve irritation in his surgically repaired elbow, an ailment that manager Don Mattingly says "challenges" the veteran's chances of being ready for Opening Day, reports Eric Stephen of SB Nation.

Crawford is continuing to rehab from Tommy John surgery, the procedure he underwent last season. During the offseason, the Dodgers said they expected to have the veteran outfielder back by Opening Day, and Crawford echoed these sentiments just last month.

Dodgers rumors: Aaron Harang on the way out? 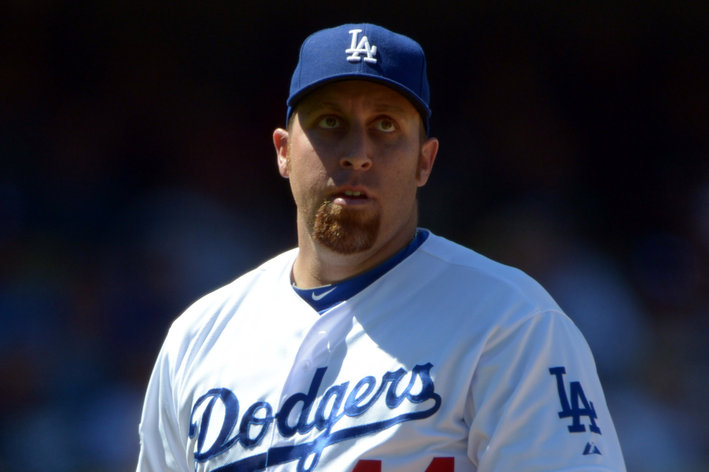 Manager Don Mattingly doesn't believe the veteran right-hander is fit for the bullpen, which really leaves Harang with no options in LA.

Crawford had been throwing from up to 90 feet and hitting off a tee, but he will not hit or throw for at least another week after being shutdown. He described the discomfort as more of a tightness or soreness than pain, but he admitted that it's frustrating nonetheless.

Los Angeles acquired Crawford from the Boston Red Sox last summer in the trade that sent fellow veterans Adrian Gonzalez, Josh Beckett and Nick Punto to the Dodgers. He hit .282/.306/.479 with 10 doubles and three home runs over 125 plate appearances for the Red Sox last season, but he's yet to make his Dodgers' debut.