The Yankees took a shot at bringing in Chase Headley to solve their infield issues, but the Padres are not ready to part with him.

Share All sharing options for: Yankees Inquired on Chase Headley

The Yankees have been lost a number of key producers to injury heading into the season and while GM Brian Cashman has been downplaying the team’s efforts to address those losses, he has also been looking into making the kind of unexpected blockbuster deal the Yankees have long been known for.

Nick Cafardo of the Boston Globe reports the Yankees have reached out to the Padres about third baseman Chase Headley, but is not ready to deal their last remaining star at this point. 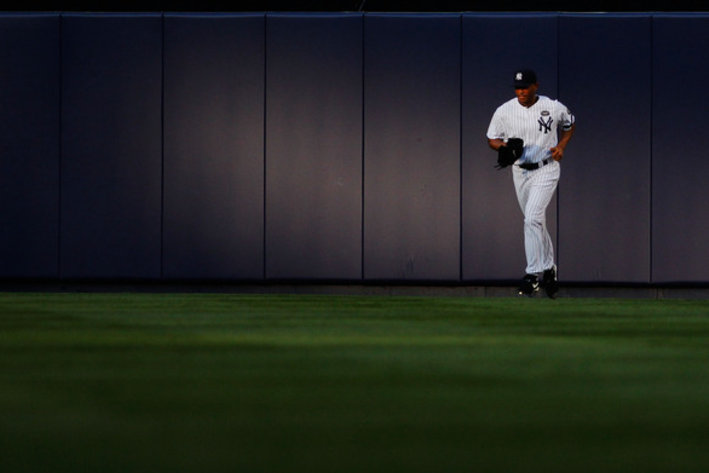 "It's beginning to sink in: this is Mariano Rivera's last year as a Yankee, and when 2014 rolls around, someone new will have to fill a position that no mortal reliever is capable of truly filling." - Tanya Bondurant

Headley would solve a number of the Yankees issues, however. He won a Gold Glove at third base last season and putting him in the hot corner would move Kevin Youkilis over to first, where he is a much better defender and his diminished range is less of an issue. Headley would also help the Yankees out on offense.

The switch hitter is coming off of a fantastic 2012 season, where he hit .286/.376/.498 and somehow managed 31 home runs in the offensively-oppressive environment of (though 18 of those did come on the road). With Curtis Granderson and Mark Teixeira out to start the season and an uncertain time-table for Alex Rodriguez’s return, Headley would give a reliable bat to match with Robinson Cano and significantly upgrade their defense.

Cafardo says Headley is not currently on the market but he could be made available over the summer. If that is case, the Yankees would certainly be among the top bidders, but seems to have more to gain from acquiring the 28 year old now and that could force Cashman to get creative in his efforts to persuade the Padres to part with Headley.

In addition to Headley, Cafardo hears from a scout that the Phillies John Mayberry would make sense for . The 28 year old can play first base as well as all three outfield positions, but it hard to see how this deal would come to pass. Mayberry is under team control until 2017 and he can play a number of roles, making him a valuable piece for the aging Phillies.

His career .254/.313/.448 batting line is solid for a player with just 848 plate appearances under his belt, but it is hardly a replacement for players like Granderson or Teixeira. The Yankees are more likely to explore a player like Headley, who offers a significant upgrade at a high cost, or shop the waiver wire and bargain bin. Mayberry would cost them young talent without guaranteeing them enough of an upgrade.

For the Yankees, there is typically no middle ground. They will either land a player like Headley or make do with stopgap solutions until their big guns return.