We're 10 weeks into 2013. Don't you think it's about time you caught up on MLB Daily Dish's original content. I think so.

You can blame the MLB Daily Dish crew, myself included, for there not being a editorial round up last week. Quite frankly, there were no editorial pieces to chew up and spit back out at you. But fear not. After a tongue lashing, an agonizingly long conference call, piles and piles of crumpled up story ideas on white lined paper*, and a few beatings, we managed to come back strong this week.**

*Does anyone actually write on regular paper anymore? I sit in meetings full of iPhones and Androids used to take notes. It's a new world we've entered into. I feel as though my son may never know the beauty of writing on a crisp white piece of paper when he gets old enough for school.

**None of these things actually happened. It actually went like this: "We don't have any editorial content?" "Nope." "Ok, write something else then." But seriously, our original content is good and we want to bring it to you every week.

I'm actually a bit late on this one. Matt Sullivan broke down some of the key position battles taking place in the Cactus League and Grapefruit League back on March 1st. So, I guess we had something to run last week after all. I'm brining it to you today because it coincides so nicely with Matt's other work (which did actually take place last week).

Let's do a quick rundown of the battles: 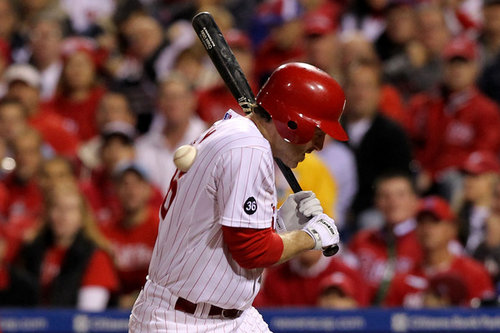 A deeper look at the Phillies and Nationals rivalries as it seems to have ramped up this spring.

Want to know who Matt picked in these battles as having the advantage? Go read the article, it's worth your time.

On Thursday, Matt covered the pitchers who were battling for a spot. With the position players all wrapped up, what else was left to cover this spring? Now that it's been done, we can pack it up and head back to the chilly wintery climates we've all come from - - On second thought, let's hang out during spring training a little longer.

Here's what Matt came up with for some key battles:

Again, check out the article for the break downs and why Matt made his choices on which of these players held their respective advantages.

I had the chance to talk with Texas Rangers prospect Cody Buckel about his life in baseball and his life outside baseball. It was an interesting discussion that gave some insight into what it's like to be young, coming up through the minor league system, and to have dreams outside of the game.

Buckel starred in his first commercial recently, and he told me of his love for acting. So, if Buckel doesn't make it as a pitcher (which seems unlikely to happen now), he can fall back on a possible acting career. However, the better he gets as a pitcher, and the more exposure he gets, the more acting gigs there will be available.

Think we should cover something specific? Let me know about it: jecazador (at) yahoo (dot) com