Are the Cardinals are a perfect match for the Rangers and shortstop Elvis Andrus?

The St. Louis Cardinals find themselves without the services of starting shortstop Rafael Furcal for what's expected to be the entire 2013 season. The Texas Rangers have two players considered to be above-average major league shortstops on their roster. One of those shortstops, Elvis Andrus, has come up in conversations, and Dan Szymborski of ESPN believes St. Louis needs to turn those initial efforts "into a reality."

With Furcal sidelined due to an elbow injury, the Cardinals are prepared to enter the regular season with shortstops Pete Kozma and Ronny Cedeno on their roster. At this point, Kozma is the favorite to land the regular role, something that Szymborski doesn't think should get Cardinals' fans overly excited. 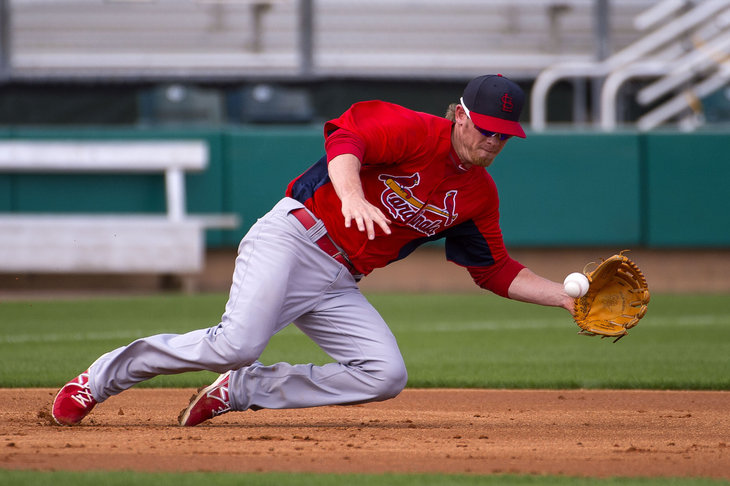 "The St. Louis Cardinals will look to Ronny Cedeno and Pete Kozma to stand in at shortstop in April, but Greg Garcia might be closer to getting the job than we realized right away." - Viva El Birdos

However, he owns a batting line of .236/.308/.344 over six seasons in the minors, so it remains to be determined how productive he'll be over an entire year in the bigs.

There's little argument that Kozma should get the nod over Cedeno. It's just that neither player is particularly encouraging as a regular shortstop for a club that considers itself a contender.

Texas has a pair of shortstops in Jurickson Profar and Andrus, and the team has maintained its willingness to carry both players. However, the Rangers also have questions surrounding the back-end of its rotation, and the Cardinals have several highly-regarding pitching prospects. Szymborski believes St. Louis and Texas should pair up for a deal that sends Andrus to the Cardinals in exchange for a package centered on Trevor Rosenthal, Shelby Miller or Carlos Martinez.

• The cult of Jackie Bradley

• Johan Santana is unhappy, but so are the Mets and Twins

• The tragedy of Cuba's loss in the WBC