The San Diego Padres are rolling the dice on the team they have. With very little done in the offseason, is this a concession or is it confidence in their ability to build off of last year? We've got all the news and rumors for you.

If the San Diego Padres were a car, they'd be that car you've had for years, tinkered with just enough to get it running decently, then stopped touching when it suddenly worked well. You know the car. Maybe you're driving it right now. It's the one that after barely holding together showed brief signs of life. Rather than take it in for a detailed diagnostic in hopes of maintaining that surge, you go completely hands off. You knock on wood, cross your fingers, and hope it keeps working.

That describes the Padres in annoyingly car-specific detail. 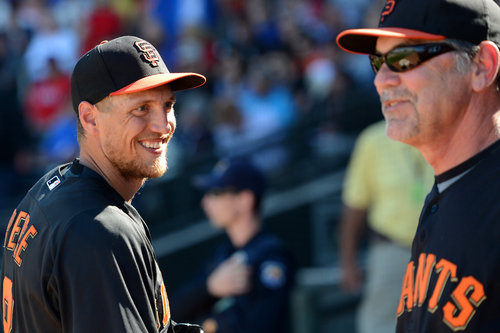 Get yourself ready for Opening Day with a preview of the NL West.
This is a baseball site, you don't care about cars! Here's your Padres news and notes:

Should San Diego step up and surprise everyone this season, it seems like it will be more a result of overachievements from its roster rather than a calculated plan by the front office to keep what they had in place last year. Let's see how long they keep Headley if the season goes south, though.