Ike Davis may not be coming off of a great season, but his 2012 struggles are not worrying Mets GM Sandy Alderson, who told Mike Vaccaro and Mark Hale of the New York Post that he would like to sign Davis to a deal that would cover his three remaining arbitration-eligible seasons.

Amazin' Avenue: How well does Terry Collins handle a bullpen?

has shown tremendous power in his young career, with a .209 career Isolated Power mark and 16.5% of his fly balls finding the seats. He has also walked at a fantastic rate, drawing a free pass in 11.2% of his plate appearances. Strikeouts have been an issue for him at times and with a .252 batting average, his contact ability is far from great, but overall he has still been a very productive hitter. Add a solid glove to the mix and is exactly the type of player that Mets hope to build around.

Wright out with Intercostal Strain 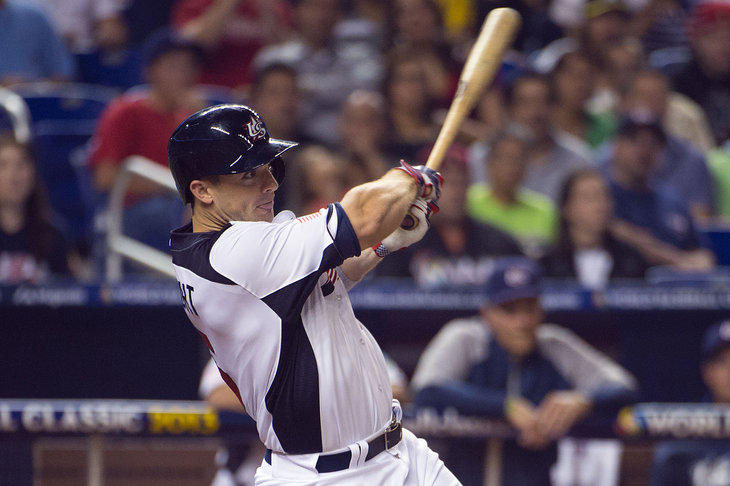 Hale and Vaccaro point out that previous Mets front offices have been aggressive about making such deals and they have been rewarded for that approach. Both David Wright and Jose Reyes signed extensions earlier in their careers and the value of their performances far surpassed the modest pay raises they received. Alderson himself gave pitcher Jon Niese a five year/$25M deal buying out his arbitration seasons and two free agent years.

will earn $3.125 in this, his first arbitration-eligible season, after reaching a deal with the Mets to avoid a hearing. As a "super-two" player, he is not eligible to be a free agent until 2017, however. Alderson says that the front office would love to buy out those remaining arbitration years, but he notes that the right deal for both sides doesn’t always come along.