Rays to start Wil Myers in the minors

The Tampa Bay Rays have assigned prospect Wil Myers to the minors. They have sent him to finish up spring training in the minor league camp.

Share All sharing options for: Rays to start Wil Myers in the minors

It won't be long before we see Wil Myers in a Tampa Bay Rays jersey full-time, but as of now, he's a minor leaguer. The club has officially reassigned Myers to Triple-A, and as Marc Topkin of the Tampa Bay Times says, Myers will now be playing out the spring in minor league camp.

The Rays do not want to start Myers' service time clock just yet, so they will hold off on his promotion. It will likely come later this year, though. Once the Rays can officially call him up without this season counting as Myers' first Major League service year, expect them to do so. The team has always been savvy with their decisions regarding minor leaguers who were ready to make the jump. And Myers is ready to make the jump.

Rays have no plans to trade Price 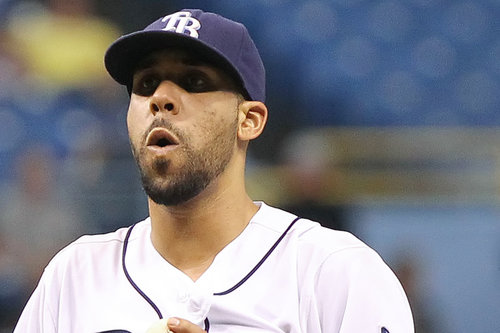 Although it seems a distinct possibility, the Rays said they don't plan to trade David Price.

Myers was traded to the Rays as part of the blockbuster deal that sent James Shields and Wade Davis to the Kansas City Royals. Also sent to the Rays in that deal were Jake Odorizzi, Mike Montgomery, and Patrick Leonard. Until we see how the 2013 season works out, it will be impossible to tell who won that trade - if there even was a winner. Not all deals have clear cut winners and losers. For the Rays though, they got exactly what they wanted. Young talent.

Myers is just 22 years old and already has 99 games of Triple-A experience behind him. He will start the 2013 season at Triple-A and continue to gain the experience necessary to make the jump to the bigs, but Myers shouldn't need much more seasoning. He's as close to ready as you can be at 22.

Last season, Myers split time between Double-A and Triple-A in the Royals' organization. He hit a combined .314/.387/.600 with 37 home runs. That's right, a .600 slugging percentage. He can rake. Myers also appeared in the Futures Game before the 2012 Major League All-Star Game. He's well known by now. Baseball America and MLB.com have Myers rated 3rd and 4th best respectively among all the prospects in baseball. John Sickels of Minor League Ball has Myers listed as his 7th best prospect. So, the bottom line is Myers is good.

Given the Rays' track record with young players, contract negotiations will likely start shortly after the club calls Myers up. They don't waste any time in trying to lock up their good young players. For now though, the world will have to wait for Myers to make his Major League entrance.