It's a good thing the New York Mets have options to close out their games this season. Their original closer, Frank Francisco, is still having issues with his surgically-repaired elbow.

Although Frank Francisco insists it's not pain, a "sting" or "soreness" are synonymous with pain. That's what Francisco is feeling says Adam Rubin of ESPN New York. He says it's not pain, but when he pushes the elbow, he can feel a sting or soreness there. In all likelihood, that means Francisco is still not close to being ready for game action.

Should the Mets be without Francisco, they have already tasked Bobby Parnell with closer duties. However, New York has kept its eyes peeled for a possible long-term candidate for the end of games. They considered Jose Valverde at one point, but the team is no longer interested. With New York's rebuilding well underway, they might choose to keep things internal rather than give anyone up via trade for a closer. 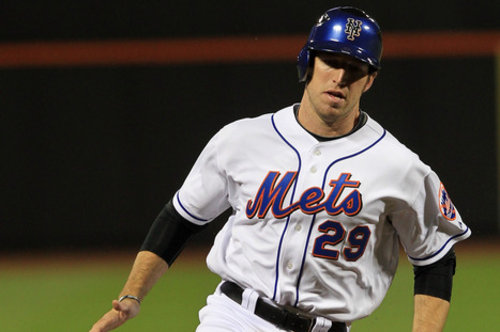 The Mets are looking to their first baseman, Ike Davis, as a candidate for their next extension.

Francisco had a solid run from 2008-2011. However, last season he experienced some issues including an abdominal strain that landed him not the DL and elbow inflammation that eventually led to offseason surgery. Francisco was not quite the same pitcher last season when compared with his successful four-year run. In those four year ('08-'11), Francisco didn't post an ERA higher than 3.83. Last season, he had a 5.53 ERA.

Francisco is 33 years old and is a veteran in the Majors, but he has had plenty of injuries in his career. He missed the entire 2005 season after undergoing Tommy John surgery. That surgery came after bouts with elbow inflammation. He's also dealt with shoulder inflammation at multiple points in his career. So it would seem the Mets need to be prepared to be without Francisco off and on throughout the 2013 season.

Francisco is in the second year now of a two-year, $12 million deal. He will become a free agent at the end of this season, so it's imperative that he can show he's healthy and able to pitch consistently. He hasn't been able to do that this spring, though. With the pain - I mean "sting" - he's still feeling in his elbow, it's probably a safe bet to assume Francisco won't exceed his 42 1/3 innings-pitched last season.