The Cubs want starting pitcher Jeff Samardzija to remain a Cub and the pitcher loves pitching in Chicago, so what could keep these two apart? Money, of course-

The Cubs are working on signing opening day starter Jeff Samardzija to an extension but a "wide gap" has formed between the two sides, according to Jon Heyman of CBS Sports.

Heyman says that the Cubs latest offer is "well above" the five year/$30M deal that the Rangers gave Derek Holland prior to the 2012 season, but that is still below what Samardzija is seeking. Heyman explains that the talks remain extremely amiable despite the divide. The Cubs front office wants to ensure that the 27 year old remains with the organization that drafted and developed him and Samardzija describes playing in as "a dream come true". 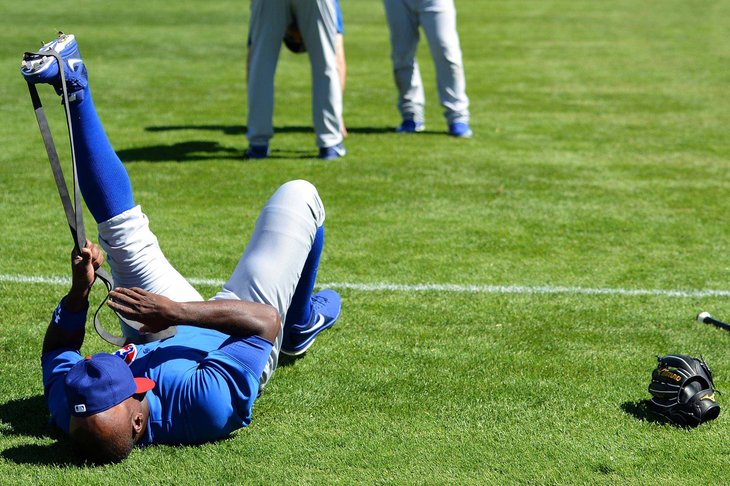 The Cubs right-hander is coming off of a strong 2012 campaign. Samardzija pitched 174 innings over 28 starts for the Cubs last season, posting a 3.81 ERA. He also made significant strides in his command, reaching a career high 9.3 K/9 and a career low 2.9 BB/9 last season. If he can consistently produce numbers like that, he should be among the better starting pitchers in the game for the next several years. In the past however, his control has been an issue, so 2013 will be an important season for him. The Cubs must believe that his new found command will persist if they are so eager to extend him. Should he match his 2012 numbers this season, it would certainly inflate his price dramatically.

Samardzija is earning $2.64M after avoiding arbitration with the Cubs this off-season. He has two remaining arbitration-eligible seasons before he reaches free agency.