It seems that just about everyday the number of teams looking for a veteran catcher to add depth goes up. The Rays, Phillies and Pirates are now joining the search.

Share All sharing options for: Catchers Wanted: Rays, Phillies and Pirates join the hunt for backups

The Angels need catching help behind Chris Ianetta. The Orioles need minor league depth at catcher. There has never been a better time to be a journey man catcher, it seems. Now we can add the Rays, Phillies and Pirates to the list of teams that need part time help behind the plate, according to Peter Gammons.

There appears to be a distinct lack of veteran catchers available at this point. Matt Treanor is the only free agent catcher who remains unsigned right now. Treanor played in 36 games with the Dodgers last year s as the back up for A.J. Ellis. His .175/.281/.282 batting line over 122 plate appearances may be the primary reason that he is still available, though with an 11.5% walk rate and a .216 batting average on balls in play that is not likely to remain so low he might not be quite so inept at the plate in 2013. 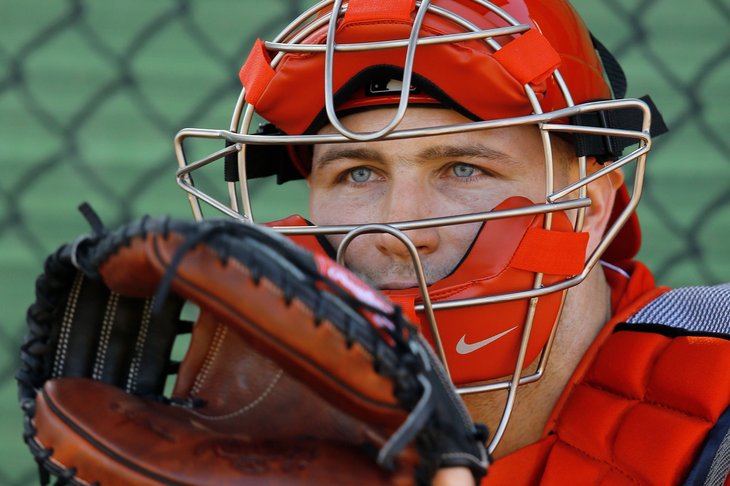 The Angels are looking for more depth behind the plate

His defense has not been great recently either, however, and that is less likely to change. Several systems for evaluating catcher defense saw Treanor as below average last year. Fangraphs system, which gives weighted values to caught stealing rates and passed ball rates had him costing team the Dodgers one run with his glove. The latest work on pitch framing doesn’t help his cause either, as Mike Fast’s analysis found him two runs below average at that skill following the 2011 season.

For teams like the Angels, Phillies, Rays and Pirates, the trade market is a more likely source of productive back up options. The Rays and Phillies may be able to find common ground with the pitching-poor , who have the luxury of multiple options behind the plate at the major league level. Several catchers could become available as teams break camp, either through waivers or as players signed to minor league deals with opt-out options elect to return to the free agent market.