Kansas City is on the lookout for an outfielder they can platoon with Jeff Francoeur.

The Kansas City Royals are still on the prowl for an outfielder to help out Jeff Francoeur in right field, but for the first time it appears that the answer to their problems isn't/wasn't Wil Myers, unless he develops the ability to hit from both sides.

The club is specifically looking for a left-handed hitting outfielder so that Francoeur, who struggles badly against righty pitching, can sit for the tougher match-ups, reports Ken Rosenthal of FOX Sports:

The Royals would like to add a left-handed-hitting outfielder who could spell Jeff Francoeur against tough righties, according to major league sources.

If that outfielder could play center and serve as protection for the oft-injured Lorenzo Cain, all the better.

Royals want a lot for Hochevar 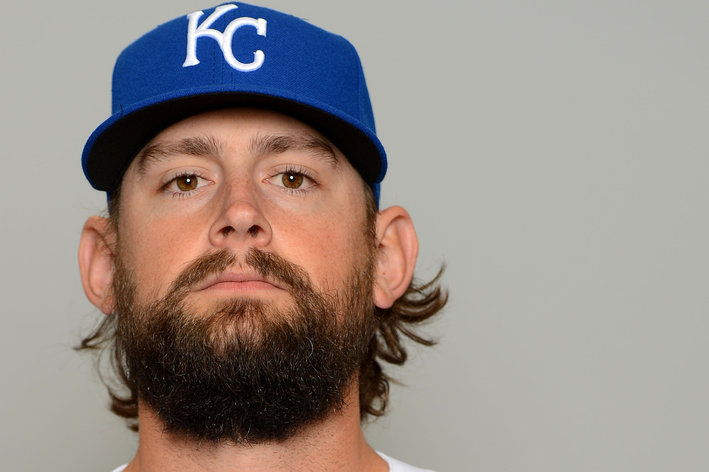 Are the Royals overplaying their hand with the tall right-hander?

In-house option Jarrod Dyson would seem to be the perfect candidate to do just that, but the Royals don't feel that he has a strong enough bat to fill the role, per Rosenthal. The 28-year-old -- who appeared in 102 games for the club last year while Cain recovered from injuries -- is out of minor-league options, so if Kansas City is unable to find a lefty outfielder they deem more suitable before Opening Day, then it seems likely that Dyson will be their man.

David Lough and Endy Chavez are also in-house options. Lough, 27, is on the 40-man roster so the Royals wouldn't have to make room for him, but he has just 20 big-league games under his belt. Chavez has the most big-league experience of the trio, but as a non-roster invitee he probably has the worst chance to take on the role.

The Royals had considered Brennan Boesch for the role, reports Rosenthal, but he ended up signing with the New York Yankees before they could make it happen. With Boesch off the market there really isn't much available for the Royals to choose from, so the club is not optimistic about finding an outfielder before Opening Day arrives in two weeks.