St. Louis has the veteran infielder on their "list" as they seek a replacement for Rafael Furcal

Share All sharing options for: Cardinals rumors: Yuniesky Betancourt on the radar

With Jimmy Rollins entrenched at shortstop and new addition Michael Young likely to take the reins at third for the Phillies, the chances of veteran infielder Yuniesky Betancourt -- a non-roster invitee -- making the club's Opening Day roster are slim to none.

But all is not lost for the veteran infielder. Yuni could find himself with a roster spot on the St. Louis Cardinals by the end of March, reports Nick Cafardo of the Boston Globe:

[Betancourt] has improved his visibility, and it wouldn’t be shocking to see a team deal for him before the season...

With a March 24 opt-out in his minor league deal, he’s on the Cardinals’ list as they attempt to replace Rafael Furcal. 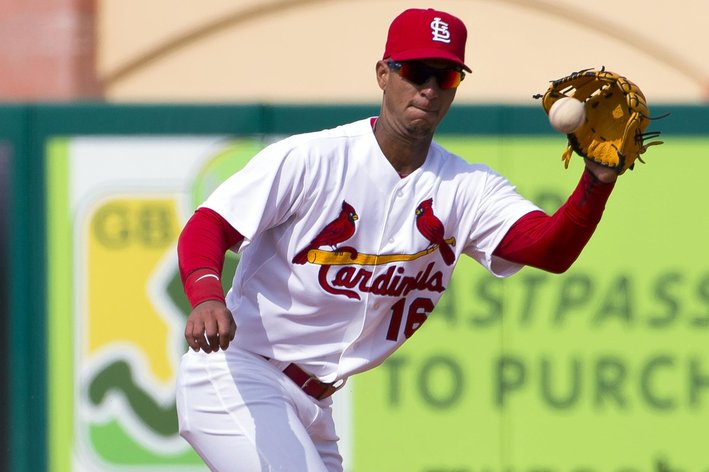 The Cardinals could elect to part ways with the veteran infielder.

Betancourt, 31, isn't really anyone's idea of a starting shortstop anymore, and it's very unlikely that St. Louis would use him in that role. Peter Kozma is lined up to take on the starting gig in Rafael Furcal's prolonged absence, but who will back up Kozma has yet to be decided.

The club is reportedly toying with the idea of releasing veteran infielder Ronny Cedeno in favor of giving Matt Adams a bench spot -- which could open the door for Betancourt to join the club -- but as the two veterans profile as almost identical options it seems unlikely that would happen. What seems more probable is that Daniel Descalso will share time with Kozma at short until they find a more long-term solution at the position.