Manager Jim Leyland is adamant that the club will add a righty outfield bat to the Opening Day roster.

Now that lefty slugger Brennan Boesch is off the books, the Detroit Tigers want a right-handed hitting outfielder on the roster, and manager Jim Leyland seems convinced that the club will have one, reports Tom Gage of the Detroit News:

It's unclear whether the righty bat will be added from within or without. As it stands, Detroit's outfield for Opening Day will likely be Andy Dirks in left, Austin Jackson in center, and Torii Hunter in right. 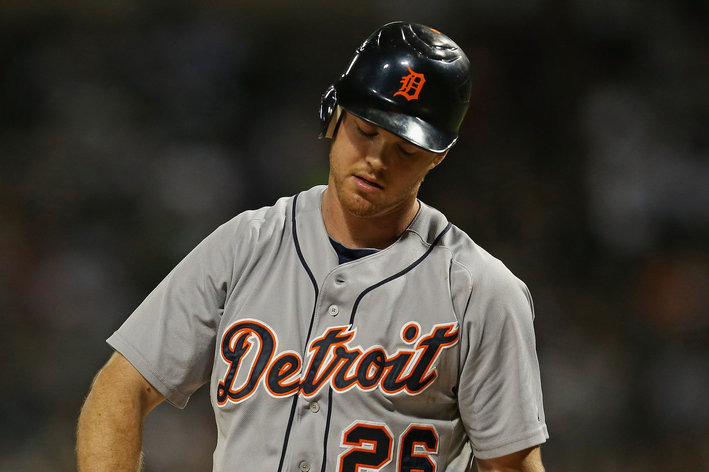 The lefty slugger is off to find a new home.

The club has two young, in-house options to platoon with Dirks in left field: Avisail Garcia, who is nursing a heel injury, and Nick Castellanos, who recently converted to the outfield from third base. In light of Garcia's injury, Castellanos is the more likely candidate to make the Opening Day roster, though he has yet to see a pitch above Double-A, so "likely" might be pushing it.

If Detroit decides to look for a solution outside the organization, they don't have to look any further than the team that swiped up Boesch. The Yankees released veteran outfielder Matt Diaz on Sunday, giving the Tigers a solid platoon option in left if they want it. The 35-year-old is a career .324/.364/.498 hitter against southpaws in over 1,000 plate appearances.

If they do end up signing Diaz, it definitely raises the question of why the two squads didn't just work out a trade.