Teams that are looking for extra catchers have reached out to the Colorado Rockies regarding veteran backstop Ramon Hernandez.

Teams that are looking for extra catchers have reached out to the Colorado Rockies regarding veteran backstop Ramon Hernandez, according to Jon Heyman of CBS Sports.

While the New York Yankees haven't inquired on Hernandez, Heyman notes that the Los Angeles Angels, Pittsburgh Pirates, Tampa Bay Rays and Philadelphia Phillies could all express interest in the Rockies' catcher.

Colorado finds itself approaching Opening Day with a surplus of catchers on its roster. Wilin Rosario is the team's projected regular at the position, while Hernandez, Jordan Pacheco and Yorvit Torrealba are also in camp. Hernandez is the most expensive of the reserve options, as he's set to make $3.2 million this season in the final year of his current contract.

Chris Snyder likely to be traded 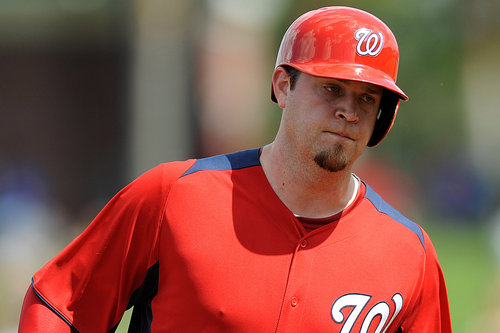 Beyond the Rockies, the Washington Nationals and Toronto Blue Jays are teams that have a catching surplus. While Toronto could keep all of its backstops, the Nationals are expected to trade veteran Chris Snyder before the start of the regular season.