The Los Angeles Dodgers remain "likely to trade" either right-hander Aaron Harang or left-hander Chris Capuano before the start of the regular season, according to Ken Rosenthal of FOX Sports.

Rosenthal ntoes that four teams have tracked Harang and Capuano this spring. The Baltimore Orioles and Milwaukee Brewers are among the teams that have scouted Harang. Neither pitcher has been especially effective this exhibition season. 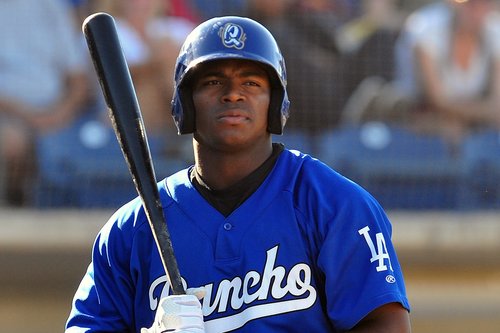 Will Puig be the next international player to make a splash in MLB?

The Dodgers entered spring training with eight starters for five rotation spots, and Rosenthal says "at least one must go."

There are some questions that continue to surround Los Angeles' rotation, as Chad Billingsley and Zack Greinke deal with injuries and Ted Lilly has logged less than five innings this spring.

Still, the Dodgers appear poised to move at least one of their extra arms. Harang has been listed as the favorite to be dealt, as manager Don Mattingly doesn't feel he is a fit pitching out of the team's bullpen.

If that were the case, Capuano would be shifted to the 'pen while LA would start the season with a rotation consisting of Clayton Kershaw, Billingsley, Josh Beckett, Hyun-Jin Ryu and Greinke or Lilly depending on Greinke's injury.