The San Diego Padres are one of the teams interested in Detroit Tigers right-handed starting pitcher Rick Porcello.

The San Diego Padres are one of the teams interested in Detroit Tigers right-handed starting pitcher Rick Porcello, according to Ken Rosenthal of FOX Sports.

While the Padres are interested in Porcello, Rosenthal notes that the club isn't willing to meet the Tigers' asking price of one of their top relievers in exchange for the 24-year-old.

After Detroit re-signed Anibal Sanchez, the team had six viable starters for five rotation spots -- also including Porcello, Justin Verlander, Max Scherzer, Doug Fister and Drew Smyly. There has been an expectation that the Tigers will trade one of Porcello or Smyly for an outfielder, proven closer and/or prospects. 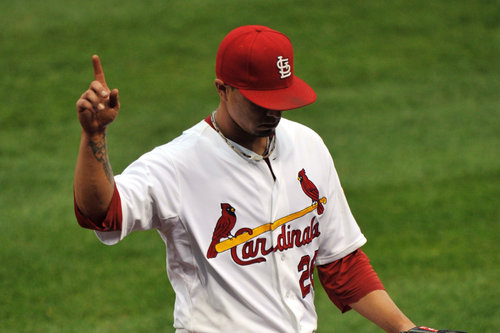 However, Detroit appears to be content entering the regular season using a closer-by-committee system and with one of Porcello or Smyly -- more likely Smyly -- pitching out of the bullpen.

Rival executives tell Rosenthal that the Los Angeles Angels are viewed as a fit for Porcello. The Halos haven't shown serious interest in adding another starter this spring, but they continue to be tied to the arms remaining available on the market -- also including Kyle Lohse.

Beyond the Padres, Rosenthal says the Texas Rangers are among the teams interested in Porcello.