At some point this spring, the Indians will approach Jason Kipnis and Michael Bradley about contract extensions.

At some point this spring, the Cleveland Indians will approach second baseman Jason Kipnis and outfielder Michael Bradley about contract extensions, according to Terry Pluto of The Plain Dealer.

Pluto notes that Kipnis won't reach free agency until 2018, and Bradley will be eligible to hit the open market until '17. Both players are still pre-arbitration-eligible and signed one-year contracts close to the major league minimum this offseason. Brantley will become arb-eligible next year, while Kipnis has to wait until 2015.

Kipnis was the Indians' regular second baseman last season after making his major league debut for the club in 2011. Last year the 25-year-old hit .257/.335/.379 with 22 doubles, four triples, 14 home runs and 31 stolen bases in 38 attempts. He owns a career batting line of .260/.335/.403 during his two seasons in the bigs, and was considered a top MLB prospect before joining the Indians.

Cleveland acquired Brantley in July of 2008 in the trade that sent C.C. Sabathia to the Milwaukee Brewers. Matt LaPorta was the big prospect in that deal, but Brantley has developed into the superior major leaguer thus far. 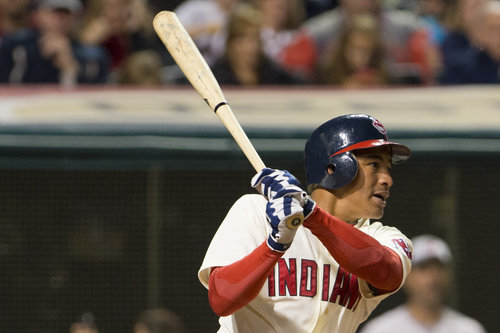 Will the Indians trade Ezequiel Carrera?

Brantley was the Indians' regular center fielder last year, but he's been bumped to a corner outfield role following the team's acquisition of Michael Bourn. The 25-year-old hit .288/.348/.402 with 37 doubles, four triples and six home runs last year and owns a career batting line of .274/.329/.376 in parts of four seasons in the majors.