The Washington Nationals granted catcher Chris Snyder his unconditional release this morning, and the veteran backstop quickly reached a minor league agreement with the Los Angeles Angels, according to James Wagner of The Washington Post.

Snyder's deal with the Angels includes an invitation to major league spring training. He's likely to compete for the role of backup catcher, behind regular Chris Iannetta. 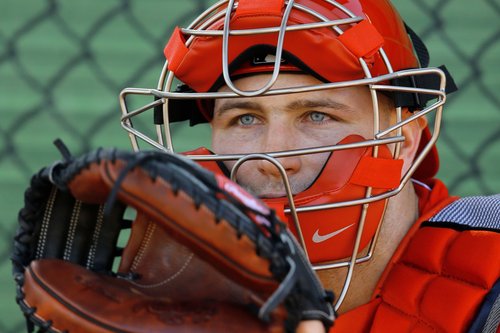 The Angels are in the market for a backup catcher.

The Nationals signed Snyder to a minor league deal earlier this offseason, but he didn't have a spot on the major league roster with Wilson Ramos and Kurt Suzuki in the mix. Washington is very deep at catcher beyond Ramos and Suzuki, as they have two backstops they like in Triple-A -- Jhonatan Solano and Carlos Maldonado -- while Sandy Leon is slated for Double-A.

For these reasons, Snyder was a candidate to be traded prior to Opening Day, but instead Washington elected to simply release the backstop.

The Angels have recently been tied to backup catchers. They've reportedly been looking for an alternative to current reserve Hank Conger, who's dealt with throwing issues this spring.