The Arizona Diamondbacks have assigned left-hander Tyler Skaggs to Triple-A, taking him out of the running for the No. 5 starter role.

The Arizona Diamondbacks have assigned left-hander Tyler Skaggs to Triple-A, taking the top prospect out of the running for the final spot in the team's starting rotation.

Skaggs appeared in four games this spring, allowing 16 runs -- 11 earned -- on 14 hits and eight walks with five strikeouts over nine innings. This isn't exactly an inspiring line, and Arizona apparently felt the southpaw required more seasoning in the minors before issuing him a regular role.

The Angels selected Skaggs in the first round of the 2009 MLB Draft, and later dealt him to the Diamondbacks as part of the package to acquire Dan Haren. He's been considered one of the top young arms in the minors since 2011. He enters this season as a top-20 prospect, according to Baseball America and MLB.com. 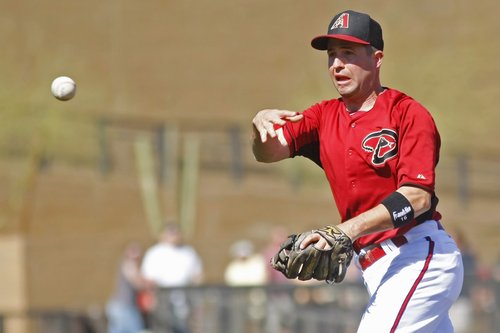 Skaggs spent a majority of the 2012 season with the D'backs Double-A affiliate, but he also made nine starts in Triple-A. Over 22 combined starts in the minors, the left-hander posted a 2.87 ERA with 3.14 SO/BB. He owns a career ERA of 2.98 with 3.80 SO/BB over four seasons in the minors.

With Skaggs no longer in major league camp, Patrick Corbin and Randall Delgado are left competing for the final spot in the D'backs rotation.